David Gallagher was one of the earliest photobloggers with his (now defunct) website lightningfield.com. He is currently an editor at the New York Times. 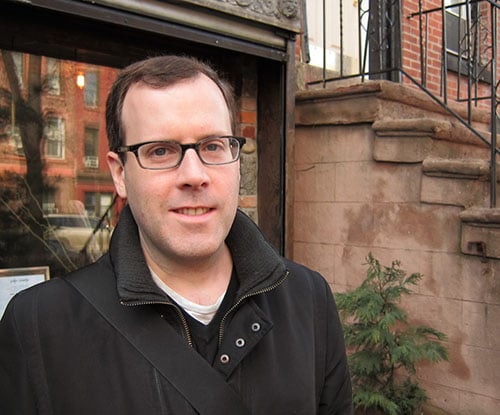 PetaPixel: Could you tell me a little about yourself?

David Gallagher: I was born and raised in the suburbs of Philadelphia. I live in Park Slope, Brooklyn, with my wife Fiona. I’ve been involved with journalism and the Internet since I got out of college. Now I work at The New York Times, where I’m an editor dealing with tech news.

DG: I learned a few things from my dad, who was a careful documenter of vacations, and my parents took me to art museums when I was a kid, so I picked up some sort of aesthetic sense about photos. But I didn’t really get into photography as a hobby until after I got a digital camera in 1999. It made it so easy to take tons of photos and learn what kinds of shots I liked. I wrote an article about blogs and wanted to start my own — but I didn’t feel like writing something every day. Too much like work, and too personal. Also I wanted a place to put all of my photos other than my hard drive. So in November 2000 I started lightningfield.com. It was among the first photoblogs, maybe even the first? If by photoblog you mean a blog made up of photos and captions and not much else. At the time I wasn’t aware of any others, although obviously there were photo-of-the-day sites and such.

The blog gave me an excuse to take more photos. People started responding to what I was putting up, which encouraged me to take the photography a little more seriously. So it’s the blog that turned me into a “photographer.” 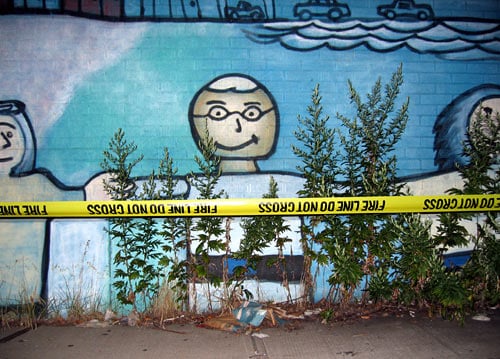 DG: I can’t even remember. My first digital camera was a Canon PowerShot A5 Zoom, with a whopping 0.8 megapixels. I just dug around in my old e-mail and found that I paid $380 for it. Insane.

PP: What equipment do you use nowadays?

DG: I’ve had a long line of PowerShots, and the latest is the S95. (Thanks, Santa!) I also like my Panasonic Lumix LX3. Someday I guess I’ll get an SLR. I am a fan of cameraphones and used to seek out the latest and greatest. Now I’m stuck with the camera in my iPhone, which of course has other redeeming features, like apps. Lately I have been using 360 Panorama in ways that its creators did not intend. 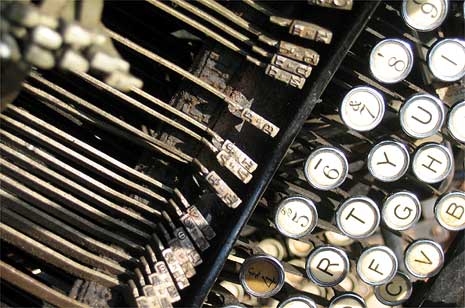 PP: Why did you name your photoblog “lightningfield”?

DG: Because I like the Lightning Field, Walter de Maria’s giant grid of lightning rods in the high desert of New Mexico. I registered the domain before I knew what I wanted to do with it. A few years later the people who own the Lightning Field got around to registering lightningfield.org. So far they haven’t complained, and I’ve only received a few e-mails from confused German art-lovers.

PP: What was photoblogging like in the early days and how did it evolve?

DG: In the early days there was no such genre. The sites that inspired me were those of Web designers who were trying to do creative things visually with the blog format, mixing design experiments with text and photos — people like Heather Champ (in her Jezebel days), Laura Holder and Rion Nakaya. 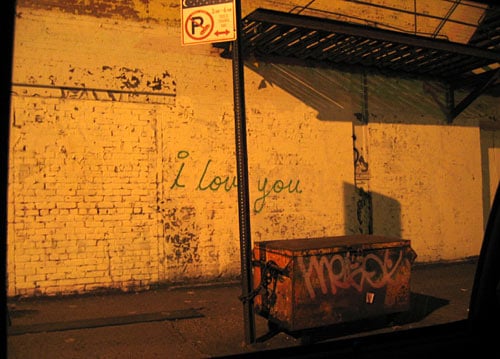 Eventually there was a cluster of sites that had either started as photo-focused blogs or morphed into them. The idea really reached critical mass in New York. I think this was a result of the city’s innate photographability, the amount of time most New Yorkers spend actually walking the streets as opposed to driving, and the quickly expanding ranks of Web-savvy people in the media industry here. There was lots of cross-linking and mutual appreciation among the people behind these sites, but it took a while for us to meet up in person. In March 2002, Rion and I organized what was most likely the world’s first photoblogger gathering in a bar downtown. Some of the people there knew each other already, but many didn’t. Once we got over the initial weirdness of meeting “strangers” from the Internet, we had a great time and drank too much beer. I’m happy to say that some of those people have become good friends.

The invitation I sent out for that gathering was addressed to “Web-photo-type people.” Obviously this activity was still lacking a name. In November 2002 when I wrote a story for Slate about the phenomenon, I was still pushing for “photolog,” since it’s a log of photos, not a log of the Web (as in Web log), so you don’t really need the B. I was overruled by the masses. Also in 2002, Scott Heiferman, who was at that first meetup, and Adam Seifer started Fotolog, the first community-oriented photoblogging site. Fotolog first caught on in similar New York circles but went on to become huge in places like Brazil and Chile, where it has led to rampant teen promiscuity. Then in 2004 there was Flickr. And then everyone got cellphones that could send photos straight to the Web, something I could only dream of in 2000. Those people actually used those phones to send photos to the Web. I have a long history of underestimating how deeply a particular technological trend is going to penetrate the mainstream. 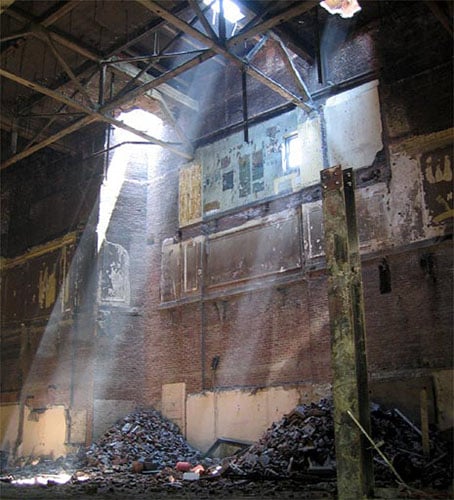 Broadband also changed things. At first you had to balance how tiny or crappily compressed you wanted your photos to be with how long you wanted people to wait for them to download on dial-up. (These look pathetically tiny now.) Broadband and cheaper digital SLRs brought in a crowd that was more serious about the technical side of photography. This was never all that interesting to me. I was more excited about the spontaneity and “here’s what I’m seeing now” quality of photoblogs, which makes them fit in well with the long tradition of street photography. Photoblogs take the emphasis away from the individual frame-it-on-the-wall shot and move it to the stream of photos and the story they tell over time. I like that.

One thing I miss about the photoblogging “scene” is the series of show-and-tell photoblogger events organized by Jake Dobkin of Gothamist. They had a nice small-town community feel to them, and it was good to listen to people being forced to actually articulate what they were trying to do with their photography. Someone should really start doing these again. I nominate Jen Bekman. 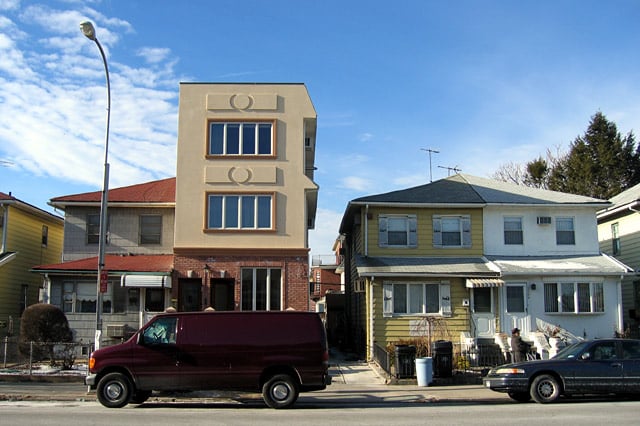 PP: What did you learn through your experiences in photoblogging?

DG: I learned how to take better photos, although I am ashamed to say that I have still not mastered all that fiddly f-stop stuff. I learned a ton about how the Web works, the whole structure of links and referrals and online community and things going viral and people embedding your photos into their MySpace pages without asking. I learned that injecting a little non-work-related creativity into your daily life is good for your mental health. I learned that a good way to communicate with people who don’t speak your language is to upload some pictures. Relatedly, I met Wen in Beijing and learned that Uyghur food is cool. I learned that strangers on the Internet are not necessarily scary.

DG: I wouldn’t call it an abrupt end. More of a slow fade. I started getting busier with work, and I wasn’t doing as much urban exploration. Maybe it will come roaring back to life someday…

I have been posting stuff on Flickr, mostly iPhone photos that amuse only myself. And now there’s Instagram (davidfg). 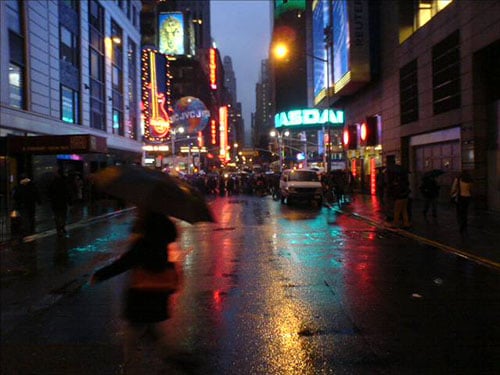 PP: What advice do you have for someone just starting to post their photos online?

DG: I guess I’d tell them to get a Flickr account. Flickr is not very pretty, and the community can be a little self-absorbed, and who knows what Yahoo will do with it. But it’s the quickest way to get going and to find some people who might want to look at what you’re posting. I still like the idea of standalone photoblogs but I think that’s too much work for most people, and it’s harder to get others to check you out. Having your own site also feels antisocial at a time when online photos and social networking are turning into one big happy medium. It will be interesting to see how Instagram develops.

If I was starting out now I’d be terribly conscious of the feeling that everything’s been photoblogged already — at least in New York. I guess that would be a reason to be a more careful self-editor or to push yourself to try new things, like portraits. But to me there’s still something very satisfying about shooting a great sign.