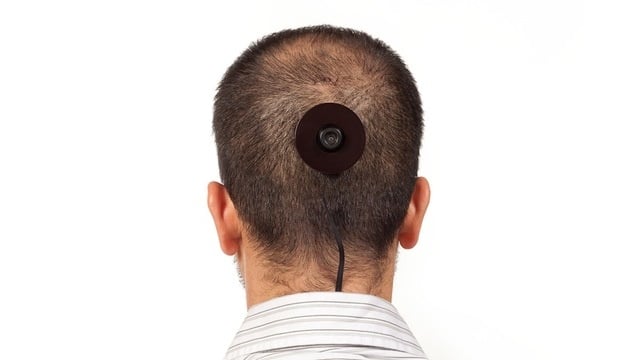 Remember Wafaa Bilal, that NYU professor that decided to have a camera implanted on the back of his skull? Well, turns out the human body doesn’t like it when random electronic devices are fused with it, so the cost of having the camera on his nogging has been antibiotic and steroid treatments to get the body to ignore the thing. Despite the treatments, his body still decided to reject one of the three posts onto which the camera is screwed, forcing him to have the camera and one of the posts surgically removed. In the meantime he’s strapping the camera to the back of his neck, something he probably should have done since the beginning.

The moral of the story for the rest of us is that cameras belong in hands and in front of the face rather than embedded into heads.

Decorate Your Wall with Fake Frames and Real Photos

Dear Instances Where I Don’t Have My Camera…