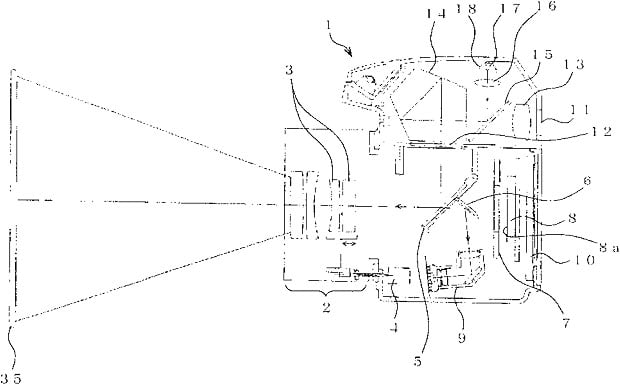 Having figured out how to embed a projector into the body of a compact camera with the S1000pj, Nikon is now apparently looking to do the same with DSLR cameras. A recent patent filing by Nikon in Japan describes a DSLR camera that has a projector function. The text reads,

Tech blogs are reacting to the fact that the projection may be through the viewfinder, concerned that photographers would have their eyeballs accidentally burned out if the projector were to be accidentally turned on. An easy fix for that problem would be to use a proximity sensor to disable the projector mode if a face is pressed against the camera… if this technology ever graduates from being a patent and enters the real world.

Stabilize Your Camera for $1 with a Washer, Bolt, and String