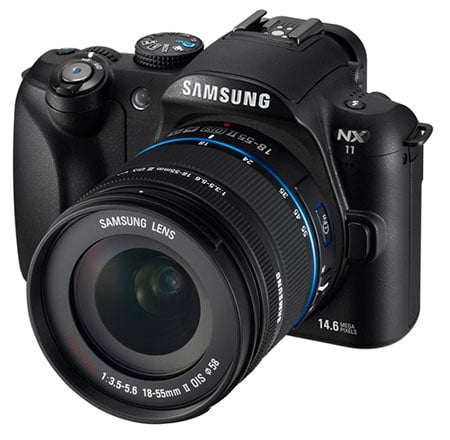 Samsung has announced the NX11, a mirrorless camera nearly identical to the NX10 (released earlier this year) except for a new grip design and support for the i-Function lens system introduced with the NX100. i-Function lenses allow photographers to change camera settings using the focus ring and a special button on the lens. The specs otherwise remain unchanged: 14.6 megapixels, 3-inch LCD screen, and HD video of 720p at 30fps. It’ll come bundled with a 18-55mm kit lens for $650 in February 2011.