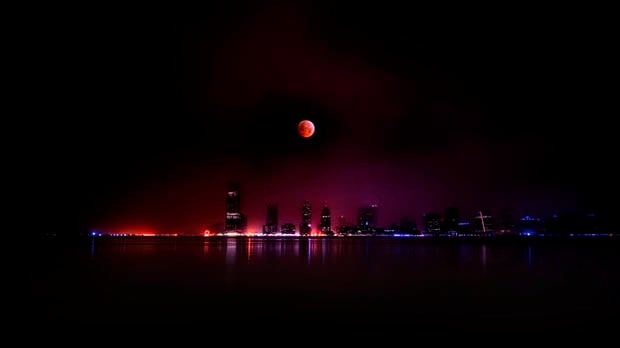 A couple days ago Flickr published a blog post featuring a handful of member photographs of the December 2010 lunar eclipse. The first image in the post was “The 2010 Winter Solstice Lunar Eclipse over Jersey City, NJ” (shown above) by photographer Steve Kelly.

While the blog mention instantly generated tens of thousands of views, many of the visitors began commenting that something about the image was amiss. Apparently Flickr thought so too, and the image was soon wiped from the blog post.

Here’s an error level analysis of the photo: 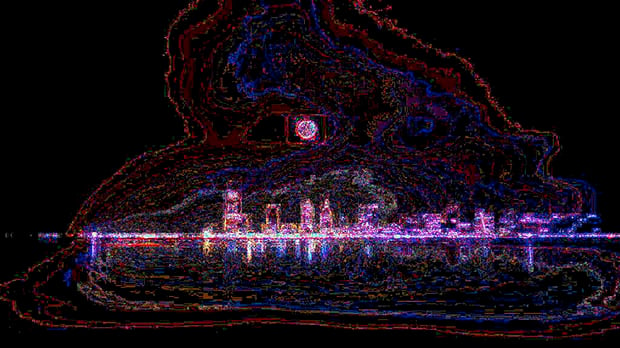 This reveals that the moon portion of the image was actually added to the original photograph, as evidenced by the distinct square around the moon. Kelly soon updated the image description with an explanation of how it was created:

A note on this image: This is HDR / HDRI / DRI images composed of multiple exposures. The eclipsed moon is 3 exposures and the skyline 9 exposures […]

I felt given the height of the moon during full eclipse that it would have been obvious that I lowered the moon for this image. The colour combination is what i felt made the image work here. The moon was shot with a nikkor 50mm 1.8 and the skyline at Tokina 11mm – 16mm 2.8. I will post later a cropped version per a number of your suggestions […]

If this were a shot for a newspaper or a fact driven media outlet then I am completely against any software / filter manipulation of any sort. [#]

Since it was simply a member photograph picked up by the Flickr blog post author and not a photography contest submission, Kelly didn’t really do anything wrong. However, it’s an interesting example of how “photographs” found on the Internet are not always what they appear to be.

Thanks for the tip Jim!