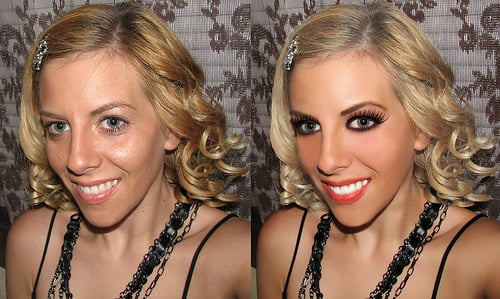 The Urban Word of the Day a couple days ago on Urban Dictionary was PHOBAR:

-adjective, Acronym for “PHOtoshopped Beyond All Recognition.” A play on the the more popular acronym FUBAR: “F***ed Up Beyond All Recognition,” PHOBAR refers to an image, usually a photo of a person, that has been retouched and airbrushed with digital image manipulation software on a computer so significantly, that the person in the photo is barely recognizable.

So now there’s a simple word for when you feel like saying “too much Photoshop!”.

Image credit: before and after photos not fake/fake by pumpkincat210

The Inner Workings of a New York Photo Agency in 1978