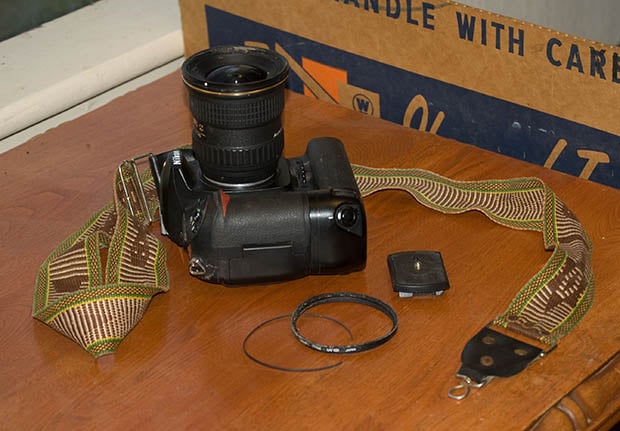 My buddy Kyle and I were traversing a mountain road near my home town of Tillamook, Oregon. I am intending to create a tour company that will comprise of local tours in and around the Tillamook County area. We have many beaches, mountains, rivers and bays here and I intend to show people. Without getting too off-track, we were heading up into the mountains on a gravel logging road to calculate mileage and timing for a tour. A road I’d been on regularly as I had worked for the state department of forestry for a number of years. Eventually we came to a freshly repaired washout, where a landslide had completely deleted the road in that particular drainage. The washout had created the most amazing view of the Tillamook valley, a reservoir lake and some mountains with intense directional light catching every crag. I was compelled to take a photo so I might use it on a future brochure.

I stopped my old Toyota 4×4 pickup just after where the newly relaid road had been put in, though the road was new, repeat washouts are common. This was all nothing new, a pretty routine thing for me to stop and just bring out the tripod and camera. Which I did. I think I wanted to screw around with some HDR. I set up the camera on the cheap-o tripod, secured its legs on the uneven surface (taking note to adjust the leg height on each of the tripod legs). I turned around to grab my shutter release cable from the bag.

I heard Kyle exclaim “OH NO!”

I turn around after hearing a seeming cacophony of commotion. I had enough time to see it fall almost in its entirety. It continuously rolled down the steep basalt rock face. The first to go was the tripod, the thing’s legs bent and one completely snapped off as the camera kept clunking down the hill. I then saw one of the distinctive grey batteries propel out of it as if it had a rocket engine on the back. I heard glass shatter, I thought it was my favorite wide angle lens breaking apart. Finally after what seemed like an eternity, it bounced off of a fallen alder tree and slammed right onto a big flat rock with a small stream of water flowing down it. Roughly fifty, or more, feet below the truck.

I sat and assessed what I would do at that point. Even before it hit the ground I knew it was done for, but like hell if I was going to leave it lying face-up on the mountain.

After a somewhat irritating trip down the steep mountain, dodging though small trees, shrubbery and loose soil, I ‘side-hilled’ the slope and came out just under where the camera had landed. I sadly trudged up to it and calmly began to inspect it. One of the batteries was resting near where it had landed. I saw the filter with jagged broken glass around its edge. Testing the lens functionality I found that what was once a 12-24mm Tokina Wide Angle was now solely a 24mm lens, fixed. I grabbed the battery and thought, ‘what the hell, I’ll give it a try.’ 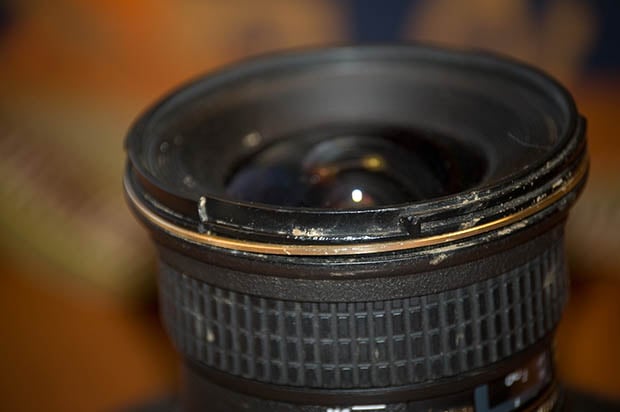 It fired right up, the LCD display had no apparent problems. I hit the shutter button and heard the camera come alive. I laughed out loud, gave one good look for the forever missing extra battery and began my climb back to Kyle and the truck. 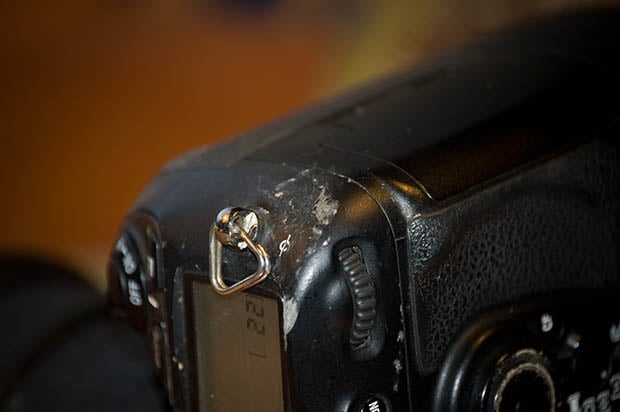 Afterward I assessed what had happened in closer detail. The filter not only broke but was jammed into the front part of the lens, but it had served its purpose as a ‘protective’ UV filter. It certainly did. I used some needle nose pliers to extract the broken filter, and have vowed to never use the zoom capability on the lens. I do not have a battery housing door anymore, but the camera does function… and function fine. 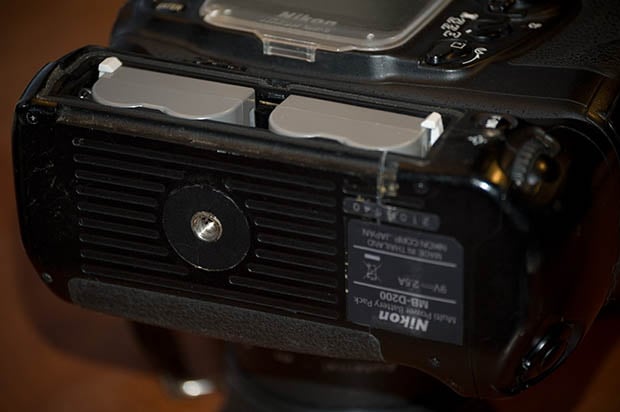 All in all, I know the Nikon D200 isn’t the best DSLR out there, but they’re certainly made like a tank. If that had been my old D50 it would have shattered upon first impact.

Kodak Camera Ad from 100 Years Ago