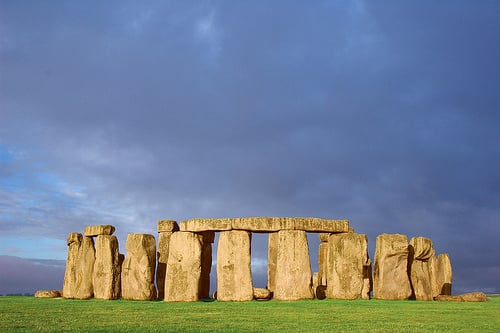 After the email and a strongly worded response was published to the FotoLibra blog, the story was picked up by Boing Boing, which then published a story titled “English Heritage claims it owns every single image of Stonehenge, ever“. Needless to say, there was a pretty swift public outcry.


In response, English Heritage issued a statement today attempting to clarify their stance and expressing regret over the “confusion caused” by the email:

If a commercial photographer enters the land within our care with the intention of taking a photograph of the monument for financial gain, we ask that they pay a fee and abide by certain conditions. English Heritage is a non-profit making organisation and this fee helps preserve and protect Stonehenge for the benefit of future generations. The majority of commercial photographers respect this position and normally request permission in advance of visiting. We regret the confusion caused by a recent email sent to a picture library.

A spokesperson also tells PhotoRadar that the fee for shooting Stonehenge commercially ranges from £75 for editorial use to much higher fees for advertising campaigns. As for amateurs who photograph the prehistoric monument without intending to gain financially from the work, but later wishes to sell the image,

[…] we would be very grateful if they called and we can work something out. For instance English Heritage also has a picture library. Many people do come back and ask us if the library would like to use their image. [#]

On a slightly related note, did you know that the Eiffel Tower is protected by copyright at night due to the light display?