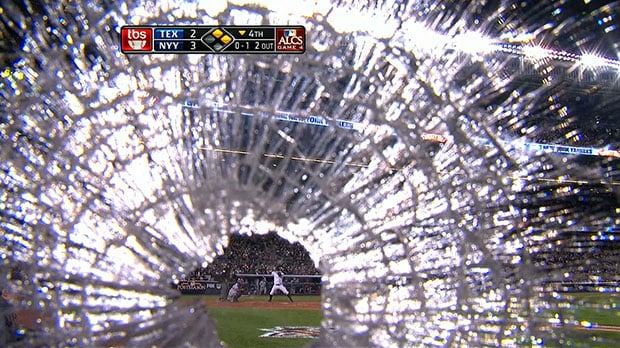 During Game 4 of the series between the Yankees and the Rangers this past tuesday, a player broke a bat when making a hit and the broken end of the bat flew all the way into the camera well, shattering the front of a Canon DIGISUPER 86II TELE xs camera lens worth $90,000. Luckily there was a protective filter being used over the lens, though it will still cost $20,000 to replace it. What’s neat is that cameraman Steve Angel kept on shooting with the smashed lens, framing the scenes through the small hole in the shattered glass until the camera was replaced an inning later. 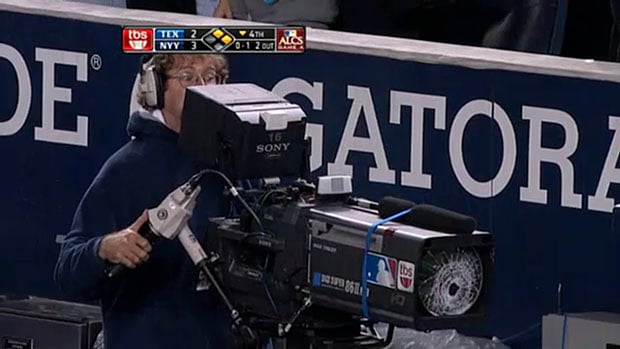 Here’s how it unfolded on TV:

You can also watch a higher resolution version over on MLB.com.

I guess shattered bats are another reason you should use UV filters on your lenses.