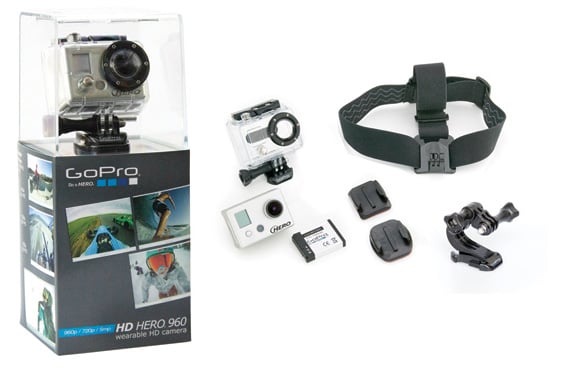 We’ve seen GoPro cameras in quite a few stories as of late, with people using them for things ranging from making friends with Great White sharks to capturing amazing home videos of space. Good news if you’ve been thinking of getting one for action footage — they’ve just released the cheaper HD Hero 960. You get 960p instead of 1080p, and you lose an expansion port for external displays and batteries, but you pay $180 instead of the $300 it costs for an HD Hero.