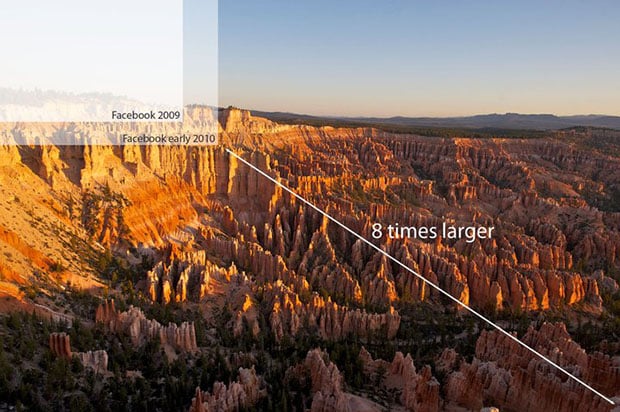 Just earlier this year Facebook upped their maximum photo size to 720px, an increase of 20%. Today, they’ve announced that the maximum size is increasing to 2048px, about eight times larger than the previous maximum size. A download link will be included with photos allowing people to download the high resolution versions. 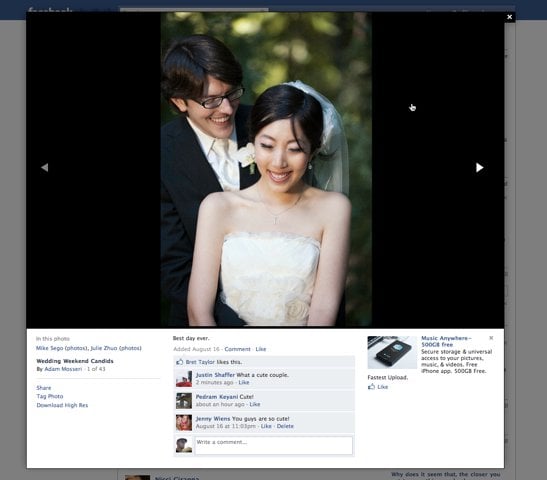 These features will be rolled out to the entire Facebook community over the next few weeks. Read the Facebook announcement on their blog here.

Facebook is already the largest photo sharing service on the web (by far), but it hasn’t become legitimate among serious photographers in the ways Flickr or Smugmug have. What do you think Facebook would need to do to have photographers take the service more seriously — and possibly consider leaving their existing service?

Google Wants to Speed Up the Web by Killing the JPEG