life.turns. is a creative crowd-sourced stop-motion project by photo sharing service Blipfoto. By dividing the motion of a human walking into eight simple frames, they invited contributors to submit photos of people in one of the eight poses. 1025 photos were submitted in 40 days. After putting the submissions in sequence and aligning them, what resulted was a stop-motion video of thousands of people in 21 different countries walking. 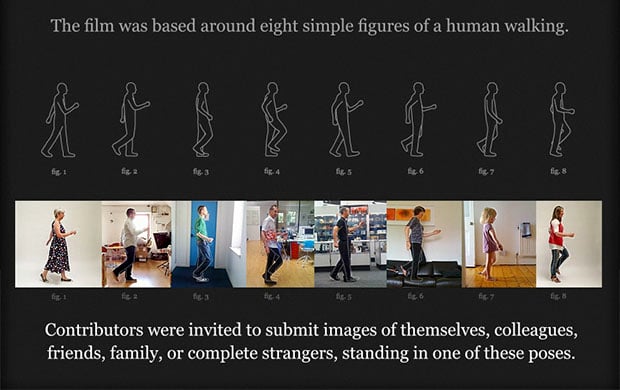 The film was first shown at the 2010 Edinburgh Art Festival. Check out the project page here.