A day after photos of the upcoming Sony A33 and A55 DSLR cameras (rumored to have pellicle mirrors) were leaked, photos and specs of what appear to be the upcoming A560 and A580 cameras have also sprung up. Like the photos leaked yesterday, the front view of the two cameras show exactly the same body with only the model number Photoshopped. Not sure why this is.

The two cameras will be 14 and 16 megapixels (respecitively), and will offer features similar to comparable cameras from the Canon and Nikon camps. These include an ISO range of 100-12800, 1080p HD video recording, 15 autofocus points, 5 frame per second shooting, and a swiveling LCD on the back.

Here’s a photo of the back side: 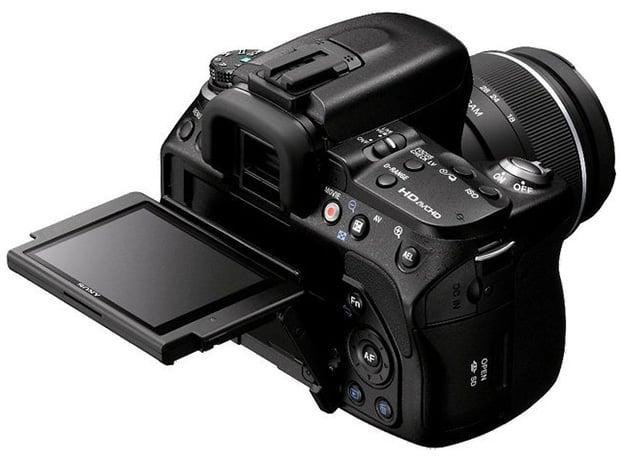 The DSLR cameras offered by the major brands are starting to look identical feature-wise, so they’ll have to battle it out solely on imaging quality and other performance measurements soon.

Dude Shoots the Moon with an iPhone 4