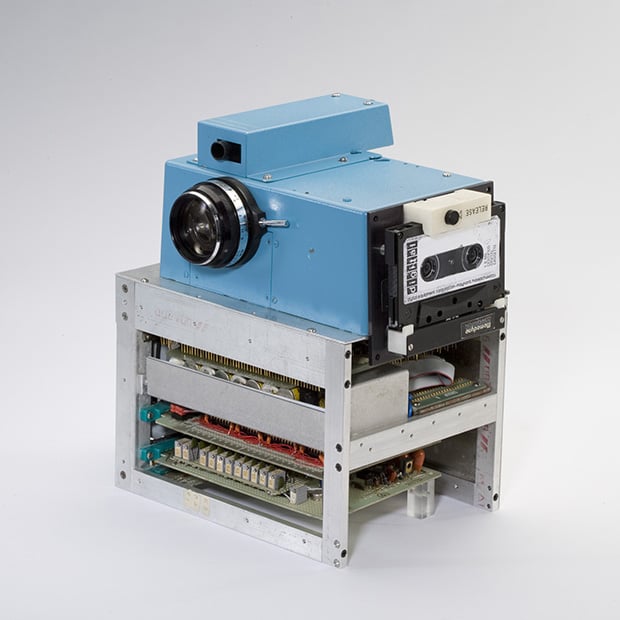 If you’re a digital photography buff, here’s some required trivia knowledge: what you see above is a photograph of the first digital camera ever built. It was created in December 1975 by an engineer at Eastman Kodak named Steve Sasson, now regarded as the inventor of the digital camera.


In a Kodak blog post written in 2007, Sasson explains how it was constructed:

It had a lens that we took from a used parts bin from the Super 8 movie camera production line downstairs from our little lab on the second floor in Bldg 4. On the side of our portable contraption, we shoehorned in a portable digital cassette instrumentation recorder. Add to that 16 nickel cadmium batteries, a highly temperamental new type of CCD imaging area array, an a/d converter implementation stolen from a digital voltmeter application, several dozen digital and analog circuits all wired together on approximately half a dozen circuit boards, and you have our interpretation of what a portable all electronic still camera might look like.

Here are some specs: The 8 pound camera recorded 0.01 megapixel black and white photos to a cassette tape. The first photograph took 23 seconds to create.

To play back images, data was read from the tape and then displayed on a television set: 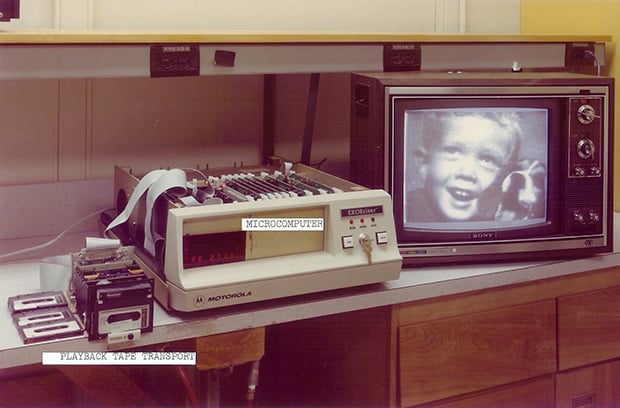 We’re sure come a long way since then, eh?