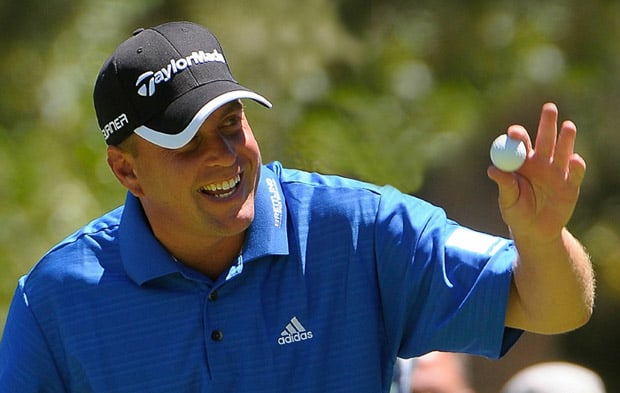 Freelance photographer Marc Feldman lost his job when Getty Images discovered that he had sent in an altered golf photo for distribution. But Feldman says that it was all an innocent mistake.

Feldman says he was in the press tent after the event, reviewing some photos. The golfer in the image, Matt Bettencourt, and his caddie came by to look at photos as well. The caddie had suggested that the photo would look better without him in it, and Feldman demonstrated how easily he could be removed.

The photographer said he thought he saved the altered image on his desktop, but somehow accidentally transmitted the image along with his final images to Getty.”I certainly did not mean to send both of them to Getty,” he told Guy Reynolds, the Dallas News photo editor who originally blew the whistle on him. At the end of the day, Feldman was missing more than the caddy. Feldman said:

I understand Getty has a reputation to uphold. I certainly don’t blame them for letting me go. …I know the ethical standards for editorial clients. I just wish my long relationship with them didn’t have to end like this … Sometimes you make a mistake and it’s fatal. I made a fatal mistake.

Feldman, 61, has been an editorial photographer for 26 years. He also said:

I certainly did not mean to send both of them to Getty. …There was absolutely no intent to pass this off as a real image. Only a moron would have sent both, and I would’ve done it a lot better too.

While the fact that he sent both images which eventually incriminated him also give him a pretty good argument that this was all an embarrassing mistake, the last part of his statement is slightly unsettling. If he had only sent the second, doctored crop, and done a neater job, apparently none would be the wiser.

Nevertheless, Feldman insists that it was an honest, albeit “fatal” mistake.