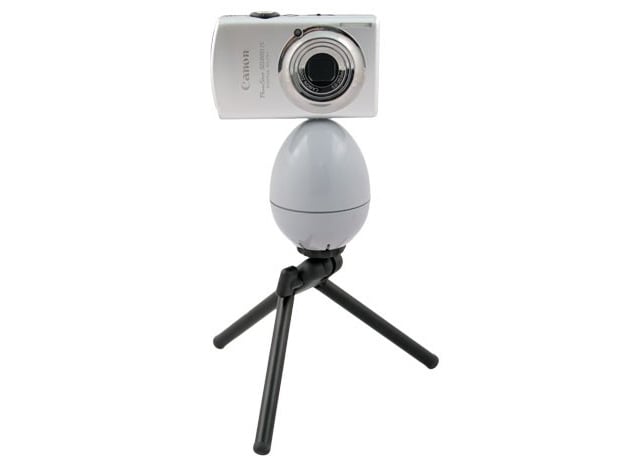 This contraption is essentially a glorified egg timer with a tripod screw designed to allow for easy 360 degree time lapse images. The Camalapse, designed by video gear rental and retailer Camarush, slowly rotates in a full circle. If paired with a camera’s time-lapse feature, it can allow for pretty seamless, panning 360 degree time-lapse over an hour. You can also stitch resulting time-lapse photos together to make a 360 degree panoramic.

It has a pretty small base, so balance is tricky. You probably can’t use a large camera or DSLR with a heavy lens on it, or the whole thing will tip over.

Here’s a video advertisement by Camarush with some sample footage:

The Camalapse egg-section costs $25, and has the option to include a ringing bell at the end of the cycle.  It can get pricey to use this gadget though, because you’ll need additional accessories to compensate for its innate instability. It’s also likely to require a tripod stand for the best balance with most cameras, and you’ll have to buy your own adjustable tripod mount. On the plus side, it is compatible with the Joby Gorillapod.