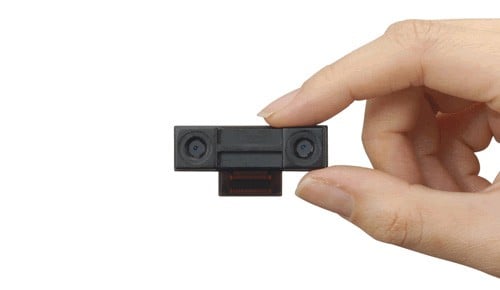 Gosh, and we though having HD video on a cell phone was enough. Sharp has just announced the world’s first 3D HD camera designed for cell phones and point-and-shoot cameras. This thing is capable of filming 3D footage at 720p, and will see mass production starting in 2010.

Before long we’ll be picture and video messaging one another in 3D. Hopefully it won’t require special glasses.