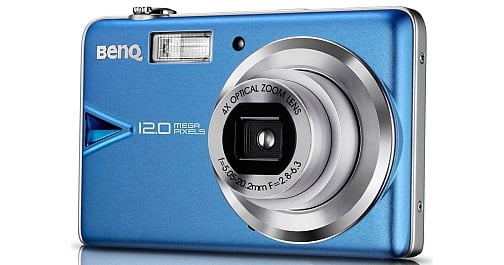 Taiwanese electronics company BenQ isn’t a very big name in the digicam world, but its latest camera has something others don’t: “HDR” in the name. The BenQ E1260 HDR, slated to be released May 2010, captures photographs at 12 megapixels, shoots video at 720p, and has a 2.7 inch LCD. What we find most interesting is that they’re trying to market it as an HDR-capable camera. In their press release, the company states:

BenQ’s HDR image enhancement technology is designed bring out the finest details in the darkest and brightest parts of an image – allowing you to generate stunningly faithful photos under even the highest contrast lighting conditions. It is built to be more than just a backlight solution, and is the perfect tool to overcome high contrast lighting condition challenges.

However, this feature isn’t what most people think of when they hear HDR, which is bracketing multiple exposures and combining the resulting images. Instead, the camera offers some sort of processing feature that handles the light from high contrast scenes differently. Here’s a visual explanation provided on their product page:

A single line on the product page makes it clear that the feature doesn’t have anything to do with combining multiple exposures:

By ingeniously adjusting the way the camera handles light under high contrast conditions, the HDR image enhancement technology allows subtle details in the darkest and brightest parts of an image to stand out like never before.

The ambiguity behind how the technology actually works has confused news sources and gadget blogs, whose writers presumably saw HDR and assumed it meant multiple exposures. SlashGear is one that gets it wrong:

Since the technology is still technically HDR, it’s not really BenQ’s fault for taking advantage of this recent fad by sticking it in the camera’s name. However, we still think the company should be clear enough about how it works to not fool people reporting on it.

Forgotten Beatles Photos Found After Nearly Half a Century