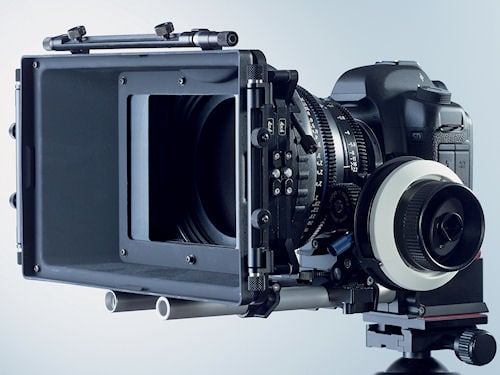 In his recent Twitter Q&A session regarding House being filmed with a 5D Mark II, director Greg Yaitanes answered a question about differences of the new setup by saying, “focus was hard with these lenses but more “cine-style” lenses are being made as we speak.” Lo and behold, new cine lenses are being announced!

The primes range in focal length from 18mm to 85mm and can be used on full frame cameras, while the zooms are limited to crop sensor bodies. Here’s an interesting quote from the press release:

The trend of filming in high definition using a digital SLR camera is unstoppable. Moviemaking today is unthinkable without this technique, whether for independent filmmakers, television producers or professional still photographers who wish to expand their services.

Pricing was not unannounced, but the lenses will be available starting June 2010.