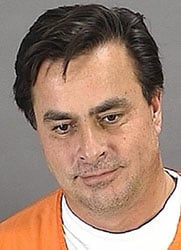 Tom Petters, a former owner of Polaroid was sentenced yesterday to 50 years in prison for heading up a $3.65 billion Ponzi scheme.  One of Petters’ lawyers, Paul Engh, told reporters that his client is likely to appeal the sentence.

In 2008, Petters was charged for money laundering, wire and mail fraud. He allegedly used falsified documents to convince investors that he was putting their money towards consumer electronics produced by Polaroid and his other associated companies. Instead, prosecutors say Petters paid investors with profits made from other investments.

Petters was found guilty in December 2009. US District Judge Richard Kyle handed the sentence yesterday.“This was a massive fraud and the defendant’s involvement in the fraud was front and center,” Kyle said.

The already troubled Polaroid company, which had previously filed for bankruptcy in 2001, was purchased by Petters in January 2005. Under Petters’ watch, the company fell into bankruptcy once again, in 2008.