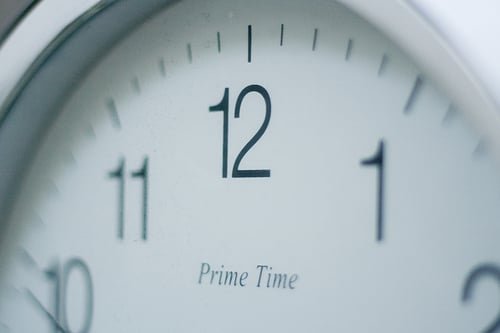 Google Groups hosts an archive of Usenet discussions from as far back as 1981. These discussions often provide an interesting glimpse at the state of the world and what was considered “state of the art”.

On December 18, 1990, someone named Carl Madson started a discussion titled “Future of Photography..?” Here are some of the thoughts and questions he posed:

Seeing as how 2001 is just a little over a decade away, I was wondering what our resident sages/crazy people thought might be happening in the realm of photography/imaging/etc.(?) in ten years (and the intervening period).

Will film still be popular? What percent of consumers, and serious shooters, will be using electronic imaging devices instead, and will we ‘lose’ many folks to video cameras? Will home imaging (/editing/printing/..) computers be commonplace?

Will darkroomers gradually transition from chemicals to electronics, will there be a mix, or ? Only a small set of darkroomers for fine-art photography? Will regulations put an opressive damper on the use of chemicals at home?

How about ethical issues? The manipulation of ‘truth’ via imaging techniques? Showing the world as it really is, vs. making it look better than it is? And the ever-popular censorship issue?

Some of the responses are pretty funny when considering today’s technology, while other predictions seemed to be spot-on:

Right now, 1 Megabyte of memory costs about $45 retail. This will not drop by an order of magnitude in the next decade without a breakthrough, or an economical Gallium-Arsenide process to replace Silicon. […]

At-home image manipulation can become as popular as home tape recording was in the 60’s. Many people will have access to computers that can accept a digital image processing board. There could be a new kind of mini-lab that could handle that medium.

I think that electronic cameras will break into the “point and shoot” market. Their ease of use and quick turnaround are very appealing to snapshooters. Film will still be popular, probably as popular as now or more so. Computer imaging still doesn’t hold a candle to good ol’ silver halides for resolution and color. Some computer scanners do a damn good job, but CCD’s? Not anytime in the near future.

Home editing will be very popular among the snapshooters with their CCD still cameras. Don’t want ugly uncle Bob draining that beer in the background? No problem! A few keystrokes and it’s bye-bye Bob! Auto color-balancing will be handy. People could experiment with toning without all those harsh chemicals. More snapshooters could experience the wonder of black and white. It would be very easy to convert a color picture to black and white. Another keystroke (or maybe keys will be obsolete?) and the print could be sepia toned, for that high-tech old-fashioned look. […]

The old-fashioned silver photography will probably be used, and then transferred to computer via scanners. (I’ve done this myself, actually.) This way editing can be done by computer on those awful, inflexible prints before publication. […]

CCD photos will certainly be impossible to use for documentation. It’s just too damn easy to manipulate them! The theory that a photo constitutes proof has already begun to erode. This will merely help the process along.

To read more of this discussion, check out the entire thread (54 posts) on Google Groups.

Now, my questions is this: what are your predictions for what photography will be like in 2021?

Circular Sensors for Your Circular Lenses