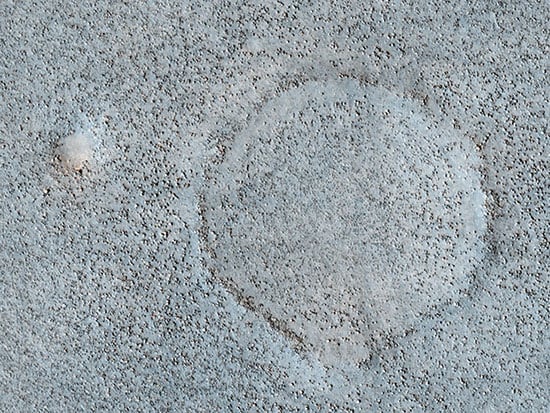 In January 2010, NASA and the University of Arizona launched HiWish, a way for the public to become involved in the effort to photograph the surface of Mars. The website allows anyone to suggest locations on Mars to photograph next, and the winning entries are photographed using the High Resolution Imaging Science Experiment (HiRISE) camera, also known as “the people’s camera”, aboard NASA’s Mars Reconnaissance Orbiter. Since the program began, over 1,000 suggestions have been received, and NASA has just released the first 8 images selected through the program.