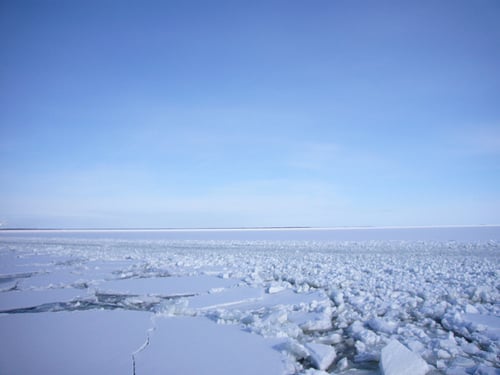 A German tourist was recently photographing at Sankt Peter-Ording in northern Germany, and ventured onto the frozen sea to capture the sunset. While out on the sea, he became disoriented and couldn’t locate the shore because of the snow. With the air temperature below freezing and the risk of falling through the ice if he took a wrong step, he desperately began to use the flash on his camera to signal for help, hoping someone would somehow notice.

At the same time, a woman hundreds of miles away in southern Germany was watching the sunset on her computer through a live webcam feed of the popular tourist location. She noticed the flashes and contacted police, who then helped the man find his way back to shore by signaling to him with their car headlights.