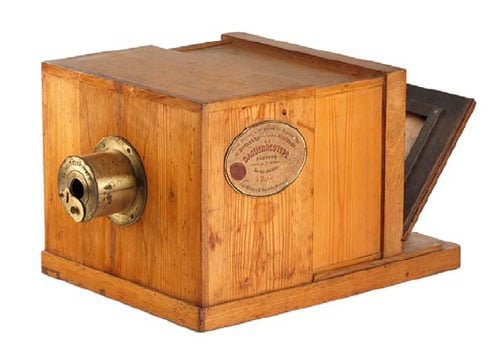 In 1836 Louis Jacques Daguerre, a French artist and chemist, invented the first practical camera, the daguerreotype. Shortly thereafter, Daguerre’s brother-in-law Alphonse Giroux began to produce the cameras that Daguerre invented, and one such camera has now surfaced and will be auctioned.

Thanks Mike for sending in this tip!