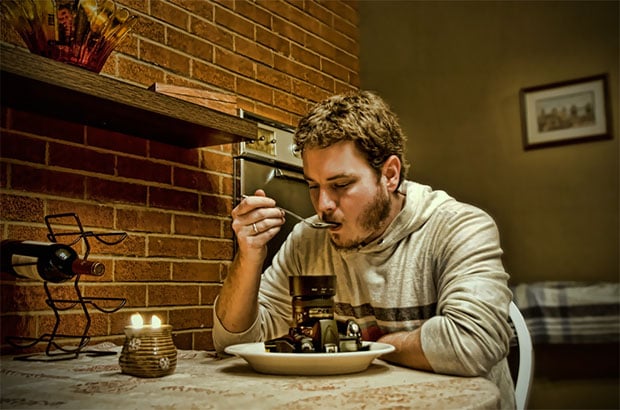 Back in 2005, a student in England named Alex Tew launched The Million Dollar Homepage, through which he sold the pixels of a 1000×1000 grid for $1 each. Although it was an extremely simple idea, the unique project attracted enormous amounts of press coverage, and eventually earned $1,037,100 in a matter of months. It also spawned countless copycat websites that virtually all failed, since the idea was no longer novel.

Now, Colorado-based artist Shane Rich (@oncemany) might have devised the next surprisingly-profitable — yet super-simple — idea, this time photography-related. His new website, oncemany, is a photo-a-day Project 365 with a twist: each day of the year is purchased by a company or individual that wants to promote something. Rich gives the sponsor complete exposure on that day, collaborates with them for the resulting photograph, and provides a high-quality signed print.

The cost of purchasing a day is creative as well — the price of each day is the day of the year. This means January 1st costs $1 to buy, and December 31st costs $365. If you’re wondering how much the total for the year would be, it’s $66,795, assuming he succeeds in booking every single date. So far, there has been no shortage of sponsors, with most dates early in the year booked already.

Regardless of whether or not he succeeds, oncemany is sure to spawn many similar or even identical projects. However, like in business it’s often the first-mover that gets all of the pie, and by the end you might be wishing you had thought of this idea first.