Nonja, a 33-year-old orangutan in the Vienna Zoo, is quickly becoming one of the most popular photographers on the web. Her recently launched Facebook page is regularly updated with her most recent photographs, and has amassed tens of thousands of fans in the first week of being online.

Unlike other animal stunts seen on social networks such as Twitter, Nonja is in fact the photographer behind the photographs. Her camera of choice is a specially designed Samsung ST 1000 point-and-shoot camera that automatically uploads the photographs she makes.

In case you’re wondering, Nonja actually isn’t a genius ape that learned the art of photography. The trick behind the whole thing is that the camera is modified to dispense a raisin whenever the shutter is pressed.

However, after looking through Nonja’s photographs, I would go out on a limb and say that Nonja is probably the best non-human photographer in the world right now. Here’s a sampling of her recent work: 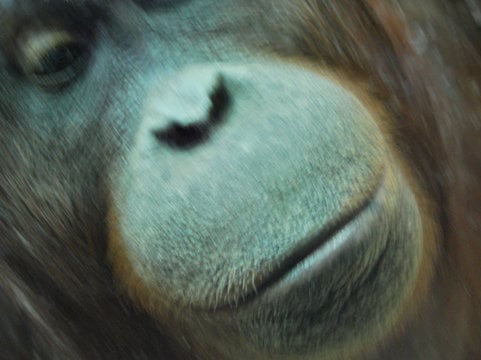 I’m thinking this is a self-portrait? I’m loving the emotion captured in this one. 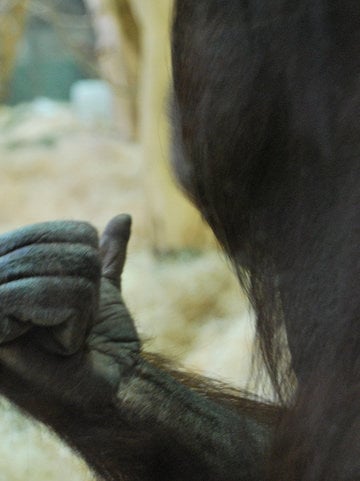 This one must be titled “The Hitchhiker”. Nonja’s attempt at a macro photograph without a macro lens.

Anyhow, either Nonja enjoys adding a little motion blur to most of her photographs, or she needs to improve her technique a little. We’re definitely looking forward to seeing how this awesome experiment goes!

A quick thought: Do you think apes could be trained to understand the very basics of actually a camera? Hmmm…