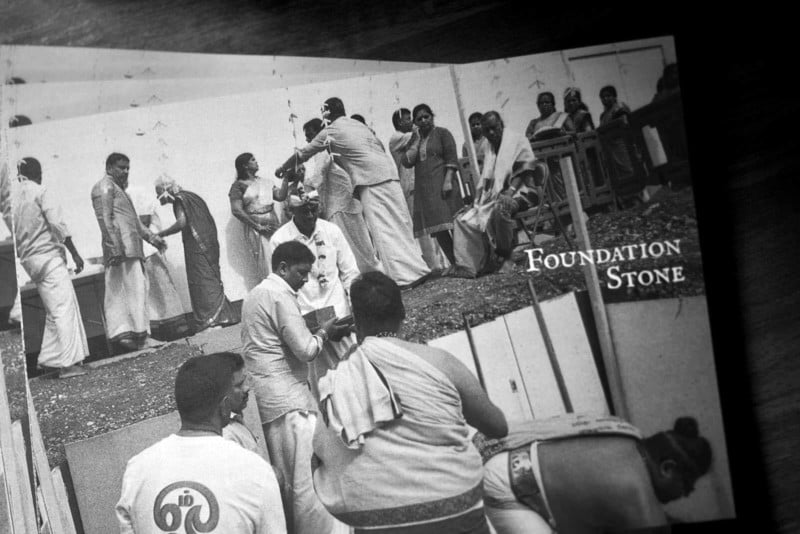 Titling a photograph or body of photographic work can be a daunting and often draining task. In many instances, a title will represent the work before someone has even seen the front cover, or leading image of a series, which means a punchy title can make all the difference in catching someone’s attention or losing it. There are many ways you can go about assigning a label to your work that not only identifies it but also can enhance and frame an entire experience for your audience.


The easiest title is usually one which contains some obvious and directly relevant information about the work; usually one of the five W’s of storytelling: the Who, What, When, Where, and Why. These titles can tell you exactly what to expect overall, or exactly what the specific image contains.

Examples of this would include:

Even without seeing any images, you can know what to expect from these works; a rural medical practitioner, fringes of urban life, some Americans, and Prague being invaded in 1968 – and seeing the images fills in the rest of the specifics.

Less straightforward would be a title containing a more abstract message, something that conveys some feeling or personal connection the creator may have with the work. For example: 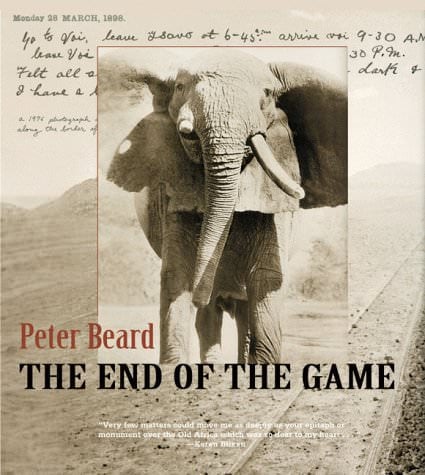 These are a bit ambiguous and require more unpacking in order to truly appreciate than even looking at the photographs may offer. Where a straightforward 5Ws title gives you direction and an answer up front, these offer something closer to a question, which the body of work may or may not answer. The books I’ve listed here are mostly documentary work, so I think the title is soundly “completed” by the work itself, but a title that is not so neatly “solved” by the work itself would be along the lines of “Minutes to Midnight” by Trent Parke, where there is a reasoning behind the title, but enough is left to the reader to make their own connections outside of Parke’s intention.

So far I have only mentioned bodies of work, titles that are necessarily broad to as to encompass themes and events that will be explored across many images. Titling individual images is common when they will be standing alone, as individual prints outside of the context of a larger body of work.

As such the title for a “wild image” can ground it in context or remove it further. “Raising the Flag on Iwo Jima” by Joe Rosenthal gives you the activity and exact location, while the content of the image in the uniforms and flag itself provides the rest. “V-J Day in Times Square” by Alfred Eisenstaedt offers the exact location and reason for celebration. “Migrant Mother” by Dorothea Langue turns a person with a name into an archetype, one that continues to have an impact today as it did when it was first published.

Similarly, Gordon Parks’s photograph “American Gothic” requires knowledge of the painting of the same name to fully unpack the meaning behind why he chose to label the image that when he could have been more straightforward with something like “Ella Watson, Washington D.C., 1942”. Affixing the label “American Gothic” elevates the portrait through the direct association with existing art iconography, both in the denotation of the image itself, and the connotation of its title.

A title is not the same as a caption. While a title (ideally) offers a punchy mnemonic device to refer to a non-verbal image using language a caption must provide more. There are many standard templates for captions that are used by primarily journalistic organizations. When I file wire-service picture packages I use the following attached to the EXIF data:

City, Country. Day in numbers, month spelled out, year in numbers.
Explain who is in the photograph, left to right, what are they doing, why are they doing it, and the relation to a news story. © Simon King

This is a bare-bones news-style caption, which I would not use in one of my personal publications. For that, I could be a bit more poetic and unnecessary, with no need for bluntness as there is in photojournalism.

Captioning individual images is essential in journalism and optional for pretty much everything else. In journalism, the story must be told and cannot be ambiguous. A caption ensures that what is left unsaid in the image is supplied as close as possible to it.

For journalistic work, a title is usually less important than the caption. As long as the caption does what it needs to the title can be “Image 3” and not really matter beyond being able to identify it with something simpler than the caption.

The prevalence of captioning means that some adopt that style maybe even subconsciously when titling their work. This has the outcome of a verbose, far-from-succinct header, which leaves the project titled almost as if it were an academic essay. I’ve done this myself with my smaller publications – I think funnily enough the less well-defined I feel the work is the more I feel the title ought to say!

For example, I made a 36-page zine titled “Digest: Photographs made in India, August 2019” Which isn’t particularly poetic but does tell you exactly what to expect, and when it was made. There’s no narrative or theme for the images outside of it being work made in a specific place at a specific time, and definitely ready to me like an essay title.

That’s not to say it’s a bad thing to be this direct, I honestly wouldn’t go back and re-title that release something different, because it says exactly what I want it to say. One of my upcoming projects will see a return to India with a specific goal in mind, which means I won’t need the title to set out the parameters as it does above, instead it will have a more poetic and punchy name.

“In Whose Name? The Islamic World After 9/11” by Abbas Attar is just as specific and also reads to me like an essay title, but while it tells you exactly what to expect it also poses a question for you to consider as you read through the work. The Islamic World After 9/11 is a specific place and time, and also references an entire status quo and event, which contextualizes the question in the title, which also contextualizes the work. This pulls a lot of weight where my simpler expeditionary title simply outlines boundaries; it does not “set the scene” as Abbas’ title does. I like to think about how songs are titled, as more often than not it will just be a line from the lyrics. Rarer are the “Bohemian Rhapsody”, “Space Oddity”, or “Viva la Vida,” where the title is not actually mentioned in the song itself. For titling your own work you can straight up just say what’s in them (like using a line from the lyrics), or you can use how you feel about them, or connect them with an idiom or an inside joke – although this narrows down accessibility to your audience.

As with “American Gothic,” there’s potential for someone to overlook the relationship the title offers. Titling a work “The End of the Game” only really works when it’s clear beyond the title that “The Game” refers to hunting game, and not to football – in this sense, it is good that a title is a part but not all of what can be used to convey the meaning you want to get across.

A title can be used to subvert, as it is not separate from the work itself, it is a part of the experience. A photograph of a person weeping at a graveside titled “Happiest Moment” almost turns the work into a diptych, except instead of two juxtaposed images it is an image juxtaposed with language. A title can imply meaning, or be explicit, but either way, people will always infer meaning from it and may do this in a way you did not expect. The title can prime an audience to expect one thing, and use that expectation to fulfill or defy that perception.

For some, the image itself is what’s important, not writing and peripherals, and this may lead them to assign an image, or many images, “Untitled”. I’m not a huge fan of “Untitled” although I can understand why it’s done, it just seems to me there are many better ways it can be referred to, like a simple “Location, Date” format. Most of my individual photographs do not have specific titles, but they do belong to larger bodies of work, which means I can talk about them in terms of their relationship to that body of work, for example, “Christmas Day Prayer from Transiting Bulgaria”, or “Leaf Adorned Construction Site from Foundation Stone” even though these titles could refer to several images from the actual series, it still works as a temporary title for those image taken out of context, and I can always add specificity if need be to further differentiate.

When actually working on a project, researching, photographing, and exploring a certain idea a title can be the missing puzzle piece, which brings everything together. A few times I have had an idea of what I want to say, why I want to say it, and what images I’ll need to do it, but the missing title makes it feel hard to tie important but very distinct separate things to one another. A title offers a clear path through many ideas, bridges those divides, and fills in blanks of ambiguity.

A recent collaborative zine documented the summer solstice at Stonehenge as part of a wider story, but we put together a “proof of concept” piece from that one event. The work involves images of different spiritual practices, occult rituals, and celebratory scenes, but the through-line was one thing everyone was sharing even if they were doing it in a different way: waiting, almost longing, for the sun to break over the horizon. The result: Dawn Orison. If we had titled it something more straightforward, like “Morning Prayer” (which is effectively synonymous) then it wouldn’t have the same vibe, as prayer is a more “accessible” term that invokes a Sunday Church service, not obscure occult practices. 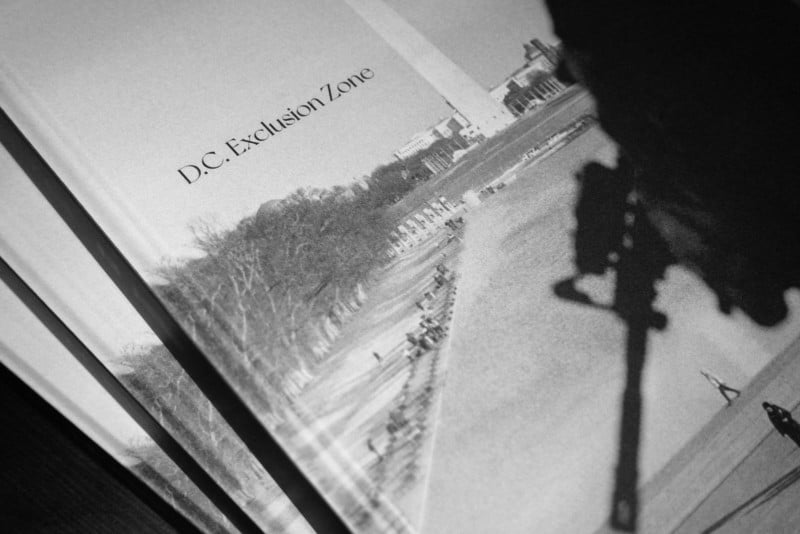 My book D.C. Exclusion Zone contains the where and the what, and only a little bit of context is needed to understand the when and the why. The title is concise but contains meaning to unpack beyond what they plainly denote.

The same is true of the first collaborative zine by the collective I am part of, New Exit Group. “BARDO: Summer of ‘20” tells you exactly when the images were made but also the context, as “2020” is an unmistakable sign to a contemporary audience. It invokes many other “Summer of ____________” styled titles, but that aspect is framed by the first word “BARDO” which when unpacked sets the stage for the rest of the publication. BARDO refers to a limbo-like existence, making the Summer of ’20 not akin to the Summer of Love of any similar Summer-themed title, but one of uncertainty and tension.