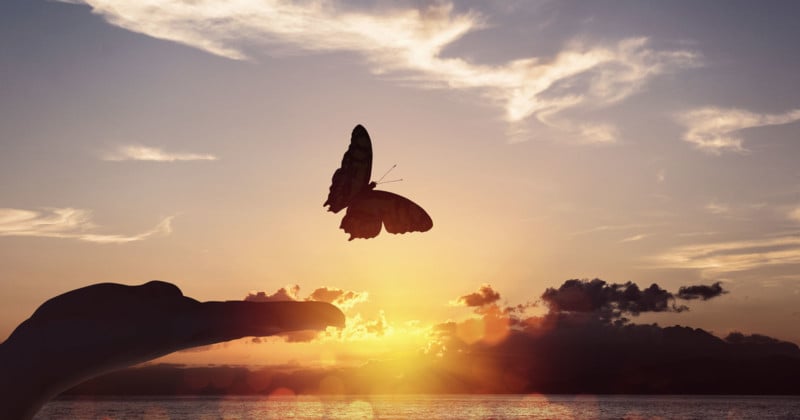 A photographer has detailed the horror of shooting a wedding where a butterfly release went badly wrong.

The anonymous photographer took to Reddit to share details of how the butterflies were left inside tiny boxes, rendering them lifeless when they were due to be released.

“But this summer, I’ve been disgusted by this new company that sells ‘quality wedding butterflies.’”

The photographer explains that she was aware that a butterfly release was scheduled to take place after the church ceremony.

“In my head, there would be a big cage/aquarium full of butterflies and they would open it. But no.”

In fact, the butterflies were kept inside tiny cake boxes. The winged insects had no room to move inside.

After the mother of the bride handed out the miniscule boxes containing the butterflies, it struck the photographer what was about to happen.

“We’re in the South, it was burning hot outside. It was impossible to survive in this heat and…well all the butterflies that were probably sitting in a box in the car since this morning were dead.”

The shooter was spot on, when the butterfly boxes opened they “either fell on the ground or stayed lifeless in their boxes.”

The photographer expressed their outrage by questioning how the practice is legal.

“Can’t we just stick to bubbles?” Writes one user. Others condemned the bride and groom, accusing them of animal cruelty.

The Perils of Working With Animals

The photographer’s story was posted in the r/weddingshamming subreddit five months ago. Bored Panda recently ran the story with a quote from Sandra Chile, a photographer from Pittsburg, advising couples on using animals at weddings.

“I’ve had couples whose animals are a big part of their life, so they take them to the wedding,” she tells Bored Panda.

“Unfortunately, loud noises, lights, an unfamiliar space, and 100+ people around may mean too much stress for the animal. So while including that pet on your wedding day is a priority for you, it is really not optimal for your pet.”

Many commenters invoked drag queen Asia O’Hara’s incident on RuPaul’s Drag Race who also had a butterfly disaster. O’Hara also attempted to use live butterflies as a prop during her lip-sync battle in Season 10’s grand finale. O’Hara was supposed to release them from pods inside her breasts and wrists, but the insects fell to the floor, lifeless or barely moving.