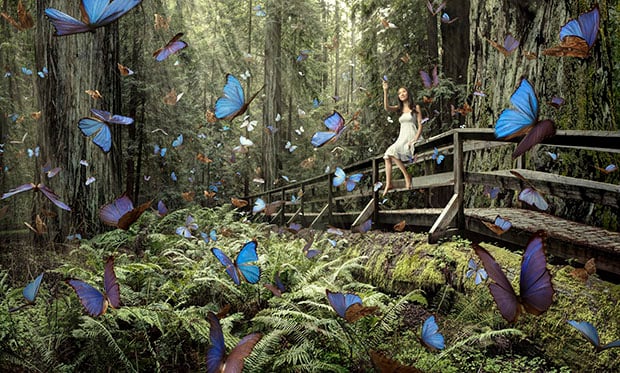 Last month photographer Chris Crisman entered the photograph above, titled Butterfly Girl, into the World Photography Organization’s 2012 World Photography Awards. It was selected from the thousands of entries as part of a promotional campaign for the contest and in that process was spread out all over the Internet. From the Daily Mail to the Huffington Post, the story about the World Photo Awards and Chris’s photo made the rounds across the web.

In particular, on the UK news site The Daily Mail, the photo generated a ton of comments and sparked some controversy as to whether or not it was appropriate for a photography competition. This caused me to ask myself the question: “What defines a photograph?” 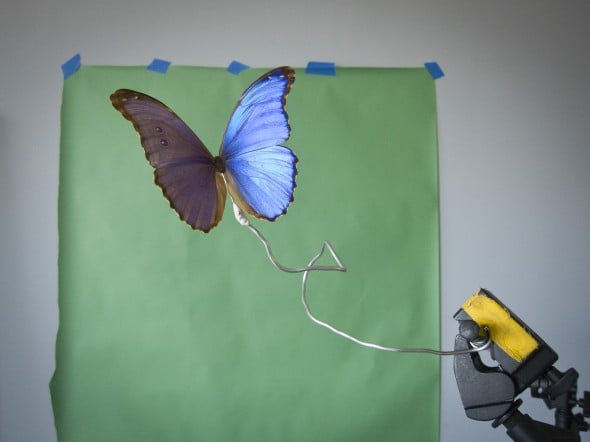 Here’s what Chris says about his opinion on the value of Photoshop versus photography:

Photoshop is just one tool in my arsenal used to help illustrate my personal vision. But the greatest tool is my mind, followed by my camera. There are some images that just can’t be captured through the means of traditional photography. Photoshop being applied by a talented digital artist helps me complete my vision. If any one piece of mine is better classified as illustration that’s fine by me. Butterfly Girl is the perfect example of a photograph that existed in Chris’s mind but couldn’t be completed easily through 100% traditional means of photography. Does that mean that we spent any less time working on it or that it has any less merit as a final piece? I don’t think so. 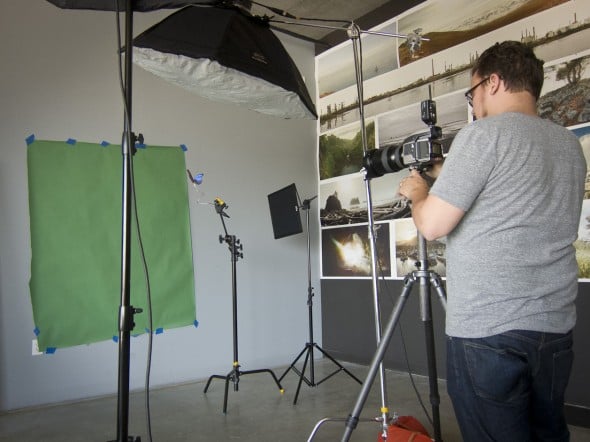 At it’s core, the photo is also an illustrative, conceptual portrait — a style of photography that is consistent with Chris’s body of work and vision as an artist; he’s not a reportage photographer, and most likely he never will be (it certainly wouldn’t be as fun making these crazy photos if he was). 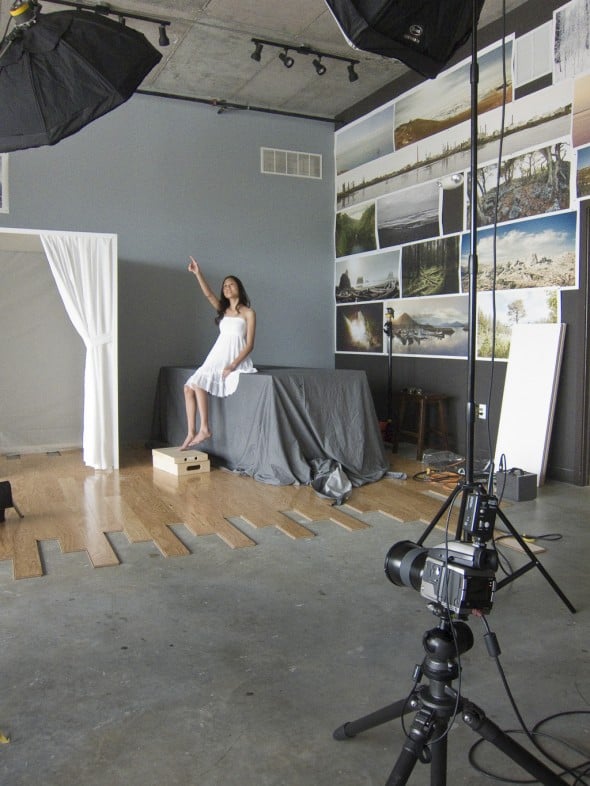 Another question worth asking is if it would be possible to capture this all in a singular frame? The answer is yes — a very, very difficult and expensive yes. The redwood forest is real, the butterflies are all real, the model is real, they were just captured at different points in time. It is entirely possibly to bring them all on location and spend days rigging and lighting the scene to make the final capture. It’s not unrealistic or impossible, just a bit over the budget for Chris’s personal project work.

Maybe I’m crazy, though… maybe it is too easy for me to suspend my disbelief when looking at art and photography. The readers of the Daily Mail might not be as forgiving. Here’s what some of the commentators had to say:

The butterflies picture is pretty, but about as realistic as the movie Avatar.

The first is so photoshopped it hurts. Blue morpho butterflies? Sorry, not in my backyard…they’re from Mexico/S.America and live in tropical and subtropical forests. The background looks like a forest out of the Pacific Northwest. Maybe they have a photoshop category?

Photoshop just adds an extra dimension of fine control and expression. It’s fair to use it because it will never be a substitute for the photographer’s eye, or be able to spot the decisive moment.

Looks to me the butterfly one has been photoshopped, as the light just doesn’t look right on the butterflies compared to the girl and the rest of the scene, especially at the depth of field required to get the whole scene in focus……

Some of the photographs are great, but some (e.g. butterflies and swimmers) are clearly Photoshop creations. A shame.

Wow, I could hardly see the pics for the amount of Photoshop thats been used. Nice, without doubt, but photoshopped images shouldnt be included as surely the best photos are about timing and how good your camera skills are, not how well you can photoshop an image post capture.

Leave a comment letting us know what you think about this issue.