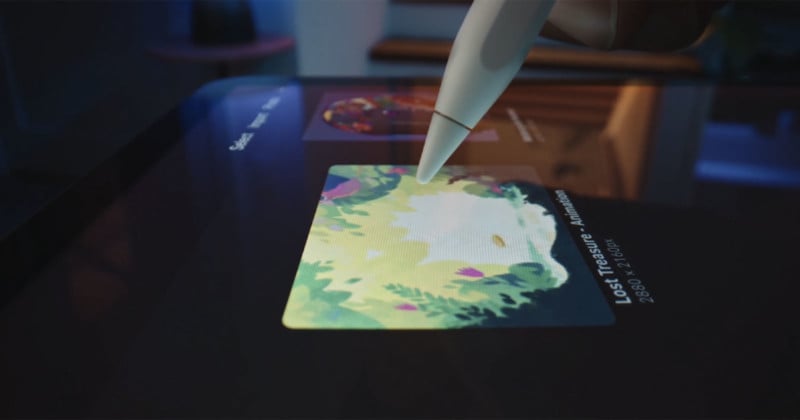 Apple is interested in developing a way for its Pencil accessory to be able to sample both the color and texture of real-world surfaces via an optical sensor in its tip.

According to a patent application spotted by Patently Apple, the Silicon Valley giant has described a way to enhance the Apple Pencil with functionality that is not necessarily a new idea, but has never been implemented in this way before.

Apple describes the new system as one where the tip of the Pencil will be able to sample the color of the surface of an object as well as provide texture or other superficial measurements. Measurements taken by the pencil would then be wirelessly transmitted to a companion device, very likely an iPad, for use in an editing application such as Adobe Photoshop.

Apple indicates that it will be able to determine the texture of a surface by measuring the angular orientation between the stylus and the external surface by striking it with light from different angles.

While the ability to read and discern surface texture would be rather unique, sampling real-world colors for use in graphic design or photo editing is less novel. Adobe toyed with this idea in a standalone app that originally launched as Adobe Kuler but was eventually rebranded as Adobe Color. That app has since been retired, but the Color lives on as a browser-based app that still allows users to upload images and extract specific colors.

Adobe Color existed for several years before Adobe decided it was no longer worth the upkeep on the app, which does indicate that it wasn’t being used to the degree that the company hoped. With that in mind, it’s not clear how useful an Apple Pencil would be if it were given this feature that has already been removed from iPhones. Still, it’s an interesting idea that Apple clearly sees some value in.