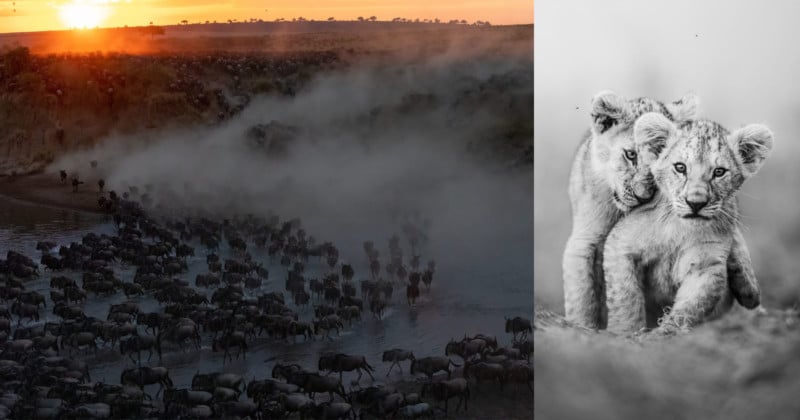 The winners of the 2022 Greatest Maasai Mara Photographer of the Year have been announced with a Kenyan photography duo clinching the top prize of $10,000.

Preeti and Prashant Chacko have been named the winner for their image Halleluja of a giraffe and calf. Aside from the cash, the pair will be whisked away for a five-night safari.

The Greatest Maasai Mara Photographer of the Year is an annual competition designed to celebrate the Maasai Mara’s year-round wildlife, supporting boots-on-the-ground conservation initiatives, while harnessing the passion and talent of the Mara’s wildlife photographic community.

This year the competition received well over 1,000 entries, with 300 photographers from 30 countries participating by submitting images captured during their stays at 88 different lodges and camps across the Greater Maasai Mara.

Every entry fee goes to one of the competition’s conservation partners active in the Maasai Mara. This year over $15,000 was raised with proceeds shared between the Anne K. Taylor Fund, The Maa Trust, the Mara Elephant Project, the Mara Conservancy, The Sheldrick Wildlife Trust, and the Angama Foundation, which hosts the competition.

The competition strives to recognize the vital role safari guides play in photo tourism, with their in-depth knowledge of animal behaviour often being what gets the photographer to exactly the right place at the right moment to capture award-winning imagery.

Each year, the winning photographer’s guide is also awarded a prize. This year’s winning guide with Preeti and Prashant’s guide, Jackson Sayialel, receiving a fully inclusive trip to the Kruger National Park in South Africa in 2023, courtesy of Kenya Airways.

Entries for the 2023 edition of the competition open on January 1st, 2023, with the same prizes on offer: US$10,000 in cash and a five-night Maasai Mara safari for two awarded to the winner, and a trip outside of Kenya for the winning guide.