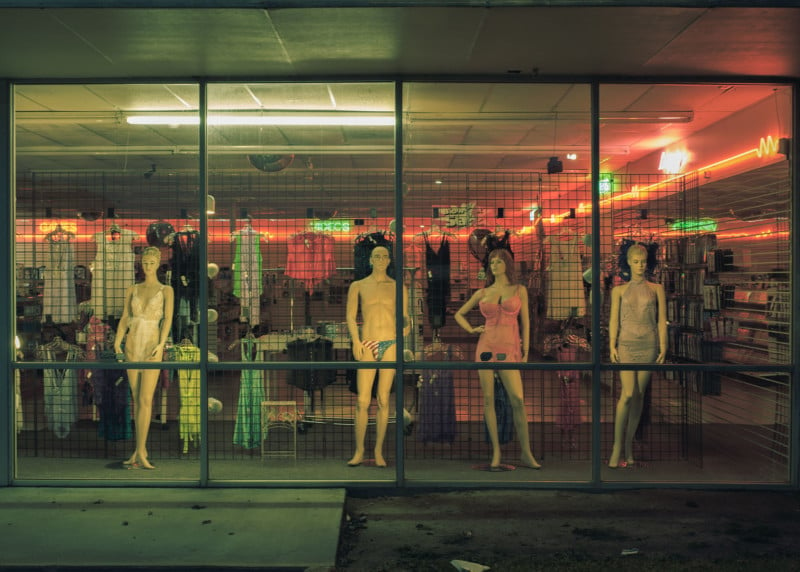 A photographer who takes pictures of his “ordinary and plain” hometown wants to encourage others to see the beauty in the mundane.

Ben Harris tells PetaPixel that “there is nothing distinctive” about his hometown of Raleigh in North Carlina.

“If beige were a city, it would be Raleigh,” he says with a laugh. 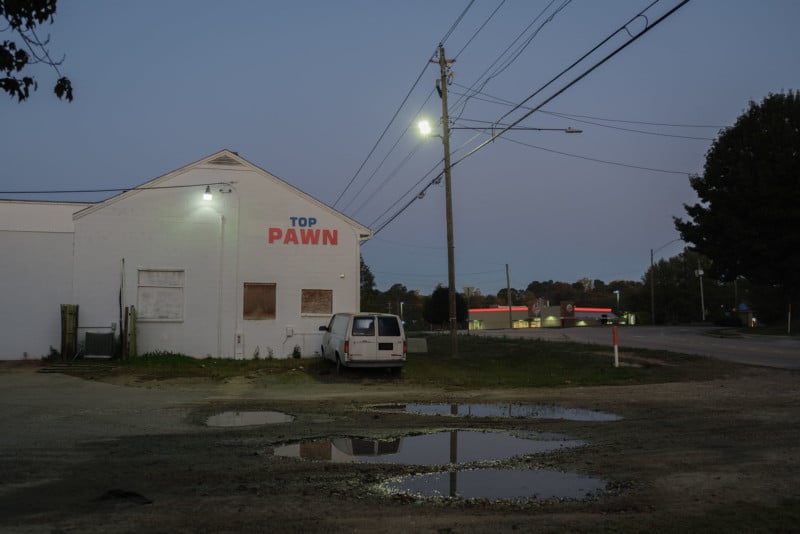 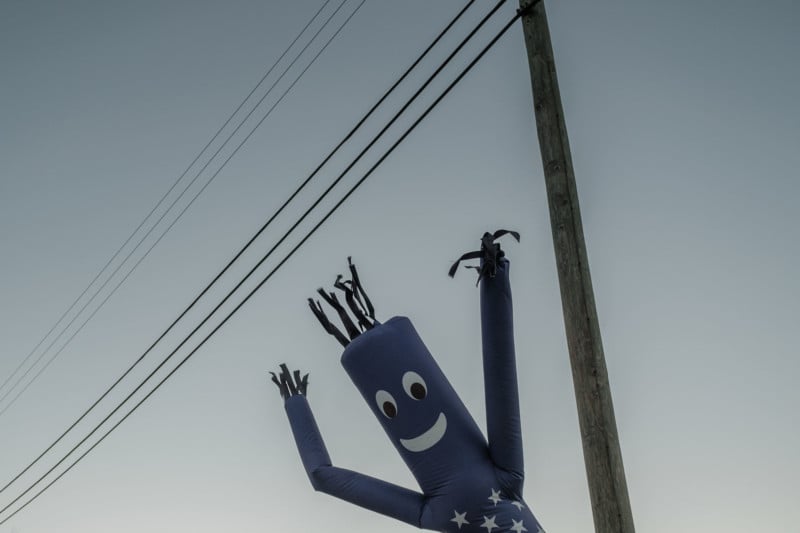 However, Harris’s project One Street sees him traipsing up and down the generic Capital Boulevard with his camera and wants to encourage other photographers to explore their prosaic cities.

“Every city has that one street where nobody sends the tourists there. So, what I’m doing is I’m approaching that street like a tourist would,” he says.

“I’m going there with my camera and I’m saying ‘what can I find there’ as a tourist. I think approaching it that you find things that are interesting or you wouldn’t expect to see.”

Capital Boulevard is a major thoroughfare that links downtown Raleigh to its northeastern suburbs. There are countless other roads that look just like it in the United States; complete with gas stations, fast food joints, and thrift shops 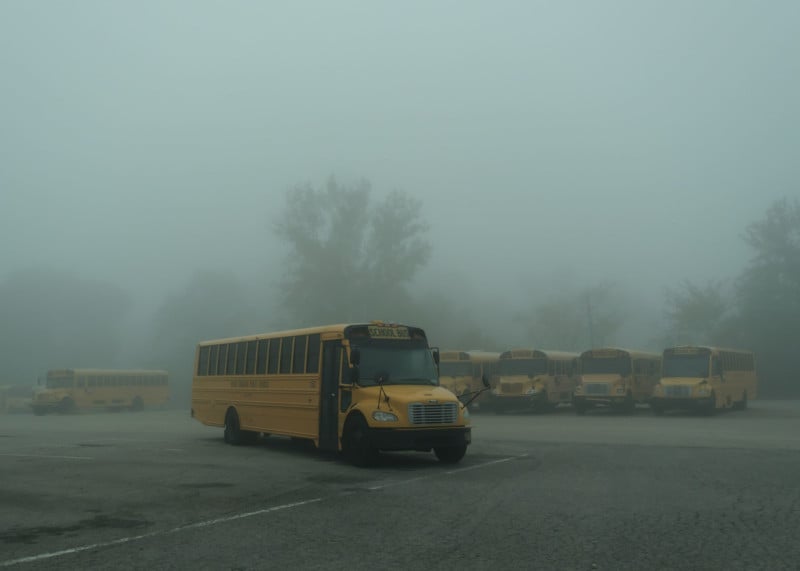 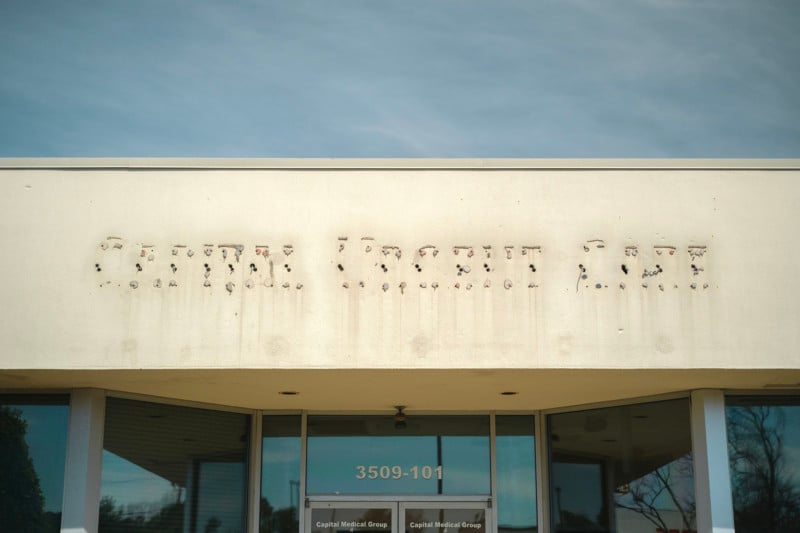 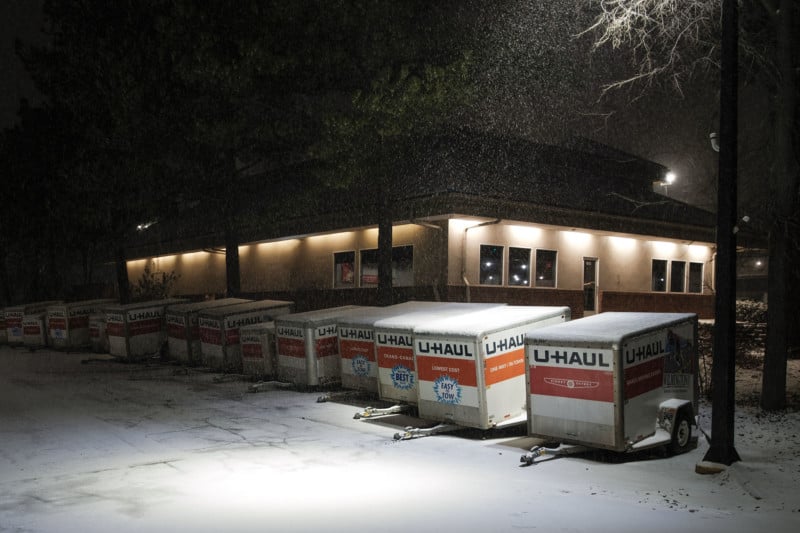 “Landscape photographers, they go out into the wild, they find something beautiful and they take a picture of it and they bring it back and say ‘look at this beautiful thing I found,'” Harris explains.

“But what I’m doing is going out to my neighborhood here, which is one of the more economically depressed parts of Raleigh, and I’m going there and I’m saying ‘Look this is beautiful.'”

Harris points out that people love to look at old photos of shops and streets from years gone by and that the separation of time and the changing of cultures and styles is what makes it interesting.

However, he does admit that not everyone understands his motivation behind the project.

“20 or 30 years down the road, people will understand my photos better than what they do now,” he says.

“Nobody’s told me that they think what I’m doing is stupid. But my own mother has hinted at me like ‘What are you doing, what is this?'”

In spite of that, Harris says that he’s felt love from the photography community on Instagram and that people have understood what he’s trying to do. 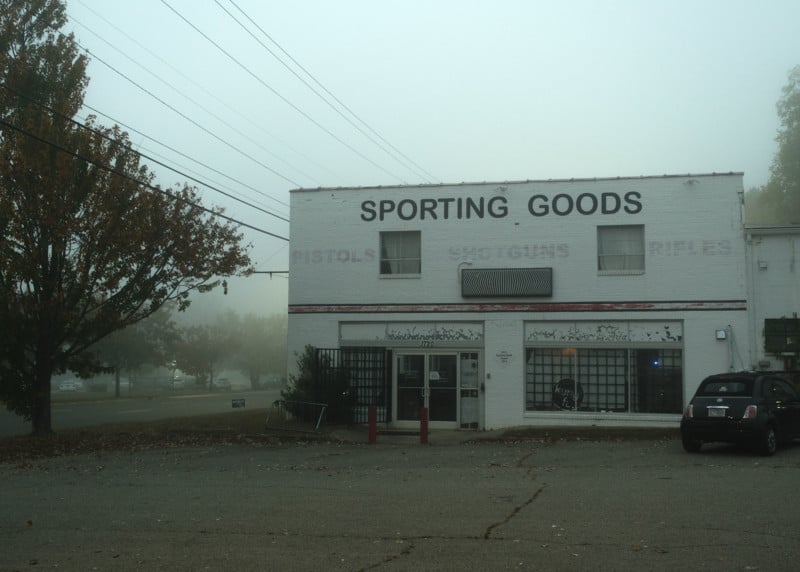 Seeing Things in a New Light

Harris says that travel helps people see things in a new light. A long trip to Australia made him see Raleigh a little differently when he returned.

He gives the example of Marcel Duchamp’s Fountain sculpture, a urinal that Duchamp ripped from a bathroom and submitted for exhibition at the Society of Independent Artists in 1917.

“Even though it was a mundane object, the very fact that he called it art elevated it,” he says. 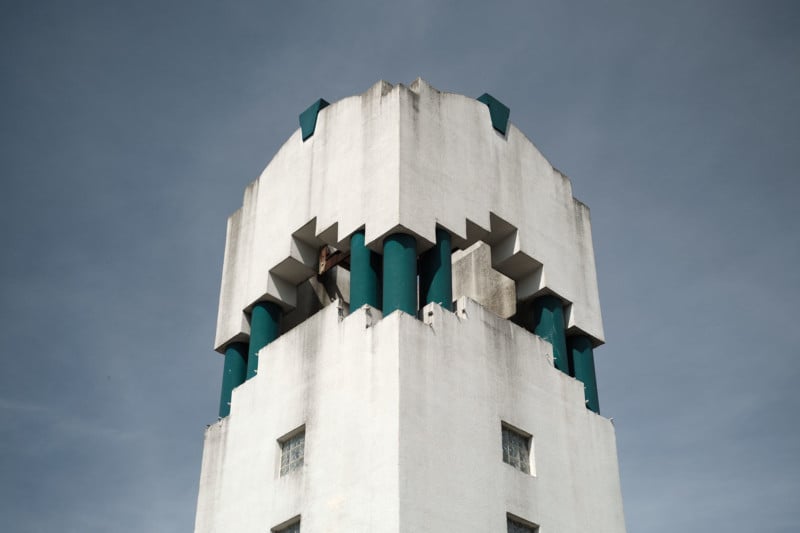 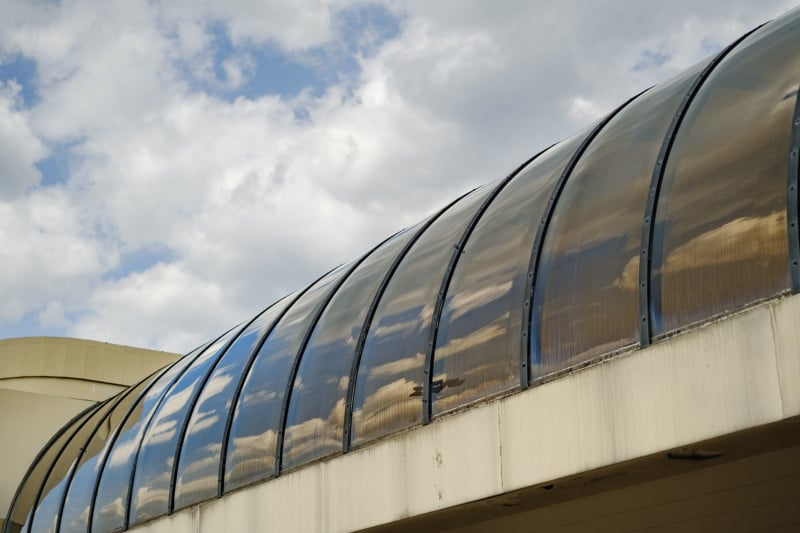 Harris is also inspired by the work of Australian photographer Kim Walvisch who takes photos of the suburbs around Melbourne.

“They are pictures of things that most people wouldn’t even consider to stop and take shots of, it really influenced me,” he adds.