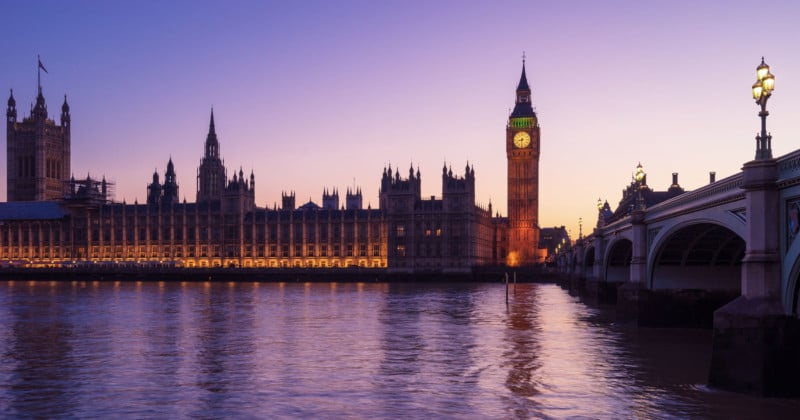 Photographers have been reporting that streetlights are turning purple, creating both annoyance and opportunity.

According to Insider, authorities in Vancouver were so beset with calls about the broken lights that maintenance workers were sent to replace the lights.

Seen any purple street lights around town? While they put off a serious Cats vibe, it's actually a manufacturing defect of some LED bulbs, according to Evergy. The manufacturer is taking full responsibility to replace them. They should be swapped out over the next 4-6 months. pic.twitter.com/2KYlhoj3jg

While this strange occurrence may create something of a headache for photographers who need to adjust their white balance accordingly, others have taken advantage of the unexpected hue.

Photographer Selina Roman has been actively seeking out the broken streetlights in her hometown of Tampa Bay, Florida.

“I love the idea that this was a mistake or a glitch, but I find them magical,” Roman tells the Tampa Bay Times.

Roman has been receiving tips for broken streetlights ever since she started posting photos of purple-draped street scenes to her Instagram account.

Noting that the purple streetlights are a mistake, she writes: “Well, it’s the best mistake I’ve seen in a long time,” she says

“I feel like I’m in this race to get them before people complain and they change them,” she adds.

The faulty streetlights have been reported in Wisconsin, North Carolina, Florida, New Mexico, California, and even Ireland.

“It’s something we began seeing about two years ago,” says Jeff Brooks, a representative for Duke Power, which is responsible for streetlights across the Carolinas and parts of Florida and the Midwest.

“I’ve had people call and ask if this was because it’s Halloween, or because their football team in that area wears purple.”

However, as DIY Photography notes, the reason is to do with faulty glass packaging.

LED lights appear white thanks to the outer packaging on the bulb. However, it appears the LEDs are delaminating the phosphor coating.

“There’s a laminate on the fixture that gives it its white color,” says Brooks. “As that laminate began to degrade, it caused the color tint to change toward purple.”