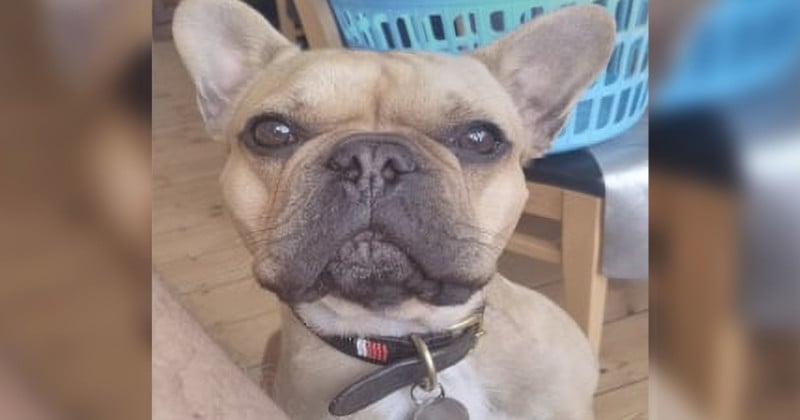 A plot to send $54 million worth of drugs to Australia was busted after one of the criminals sent a photograph of his French bulldog to a friend.

Drug smuggler Danny Brown used the handle “Throwthedice” to operate anonymously on the app EncroChat which was infiltrated by police.

Brown shared a photograph of his French bulldog Bob with crime accomplice Stefan Baldauf on the encrypted communications platform EncroChat.

National Crime Agency (NCA) investigators in the U.K. zoomed in on the photo that Brown sent on the illicit communications network.

In the picture, it was revealed that Bob’s collar had Brown’s girlfriend’s phone number on it.

This allowed the NCA to track Brown down and link him to the plot to traffic 448 kilograms (387 pounds) of MDMA, or ecstasy, to Australia.

Brown and his co-conspirator also sent selfies of themselves on Encrochat, giving police more evidence that they were involved in the drug shipment scheme.

In a selfie that Brown accidentally sent to his accomplice Baldauf on the platform, Brown managed to capture his reflection in a television.

Baldauf also sent Brown a photograph of a brass door sign with his face visible in the reflection.

The accidental selfie gave investigators further proof the pair were involved in a plan to ship the illegal drugs to Australia.

Brown’s gang had stuffed the huge stash of MDMA in the arms of a mechanical digger and created a fake auction to make shipping the machinery 10,000 miles from Southampton to Brisbane in Australia appear legitimate. They discussed these plans on EnroChat.

Brown’s pet dog Bob was at his home in Bromley, London, when he was arrested.

A drug trafficker has been jailed for 26 years after helping investigators smash his own organised crime group by sending a photo of his dog on encrypted communications platform EncroChat showing his partner’s phone number on the dog’s tag.

Brown and Baldauf were convicted of drug trafficking with three other men at Kingston Crown Court. Brown was jailed for 26 years while Baldauf for sentenced to 28 years in prison.

EncroChat was a communication network that allowed people, mainly criminals, to modify their smartphones so that all messages were encrypted.

The network was used by tens of thousands of criminals in Britain and abroad. When EnroChat was infiltrated by law enforcement in 2020, it was described as a game changer in the fight against organized crime and resulted in more than 1,500 charges in the U.K. alone.