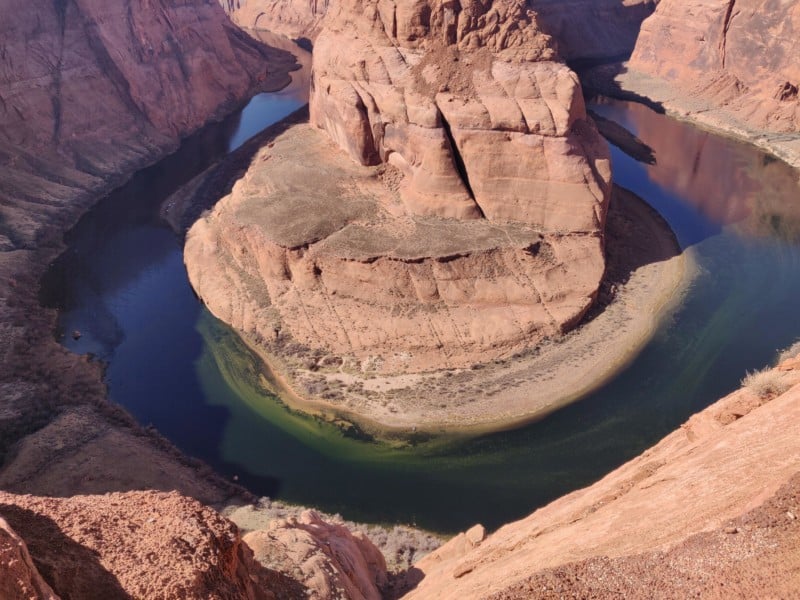 Horseshoe Bend is one of the most famous locations for photography along the Colorado River, but for those who have never been there in person, the sheer grand scale of the location might be hard to visualize.


To add some context to the scene, amateur photographer Jan Prochazka, who was visiting the location from Florida in 2020, captured a photo that includes a boat and excellently shows just how gigantic the area is. 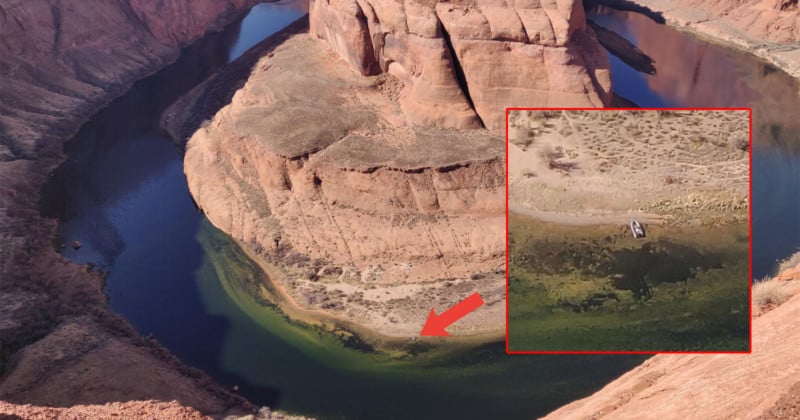 “My wife and I used to go on adventures together, taking pictures as we go. We’re hoping that now, with the pandemic finally slowing down, we’ll be able to travel again,” he tells PetaPixel.

Prochazka says that the photos he’s seen of Horseshoe Bend don’t typically show anything other than the natural landscape, which is great for a clean nature photo but less informative of the vastness of the region for those who have never seen it in person. While he isn’t a professional photographer, Prochazka was successful in showing the scale of the iconic landscape location with the photo above which he captured on his OnePlus 6 smartphone. 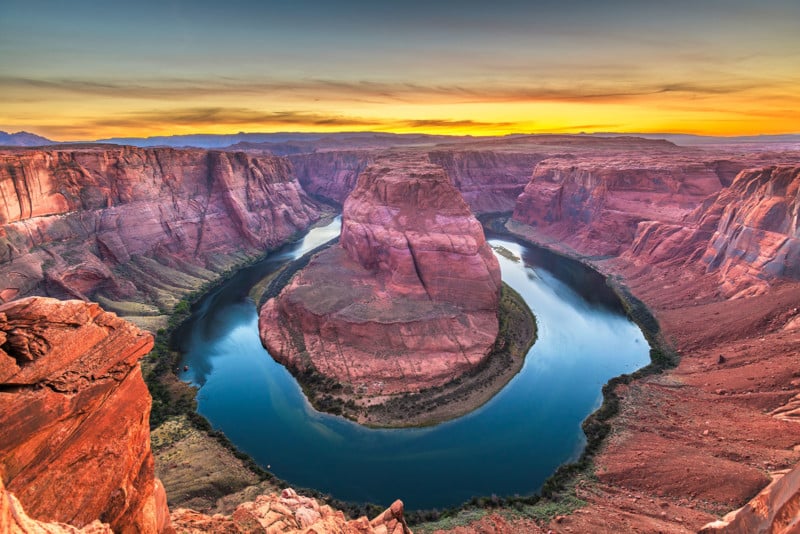 That’s a lot of numbers that seem big, but getting a strong visual indication of just how massive the space is still isn’t that easy without some kind of object for scale. The photo above is an example of how Horseshoe Bend is usually captured.

Horseshoe Bend is described as an entrenched meander, which is a formation caused by a stream or river that has cut down into bedrock. Scientists theorize that nearly six million years ago, the region around Horseshoe Bend was a lot closer to sea level but between five and six million years ago, the region was uplifted — raised up due to what some theorize is due to tectonic plate movement — and trapped the Colorado River there, which rapidly cut down into the rocks to produce the region as it appears now.

The lookout above the bend has exploded in popularity in recent times thanks to photos being shared on social media. Over two million people visit the lookout every year, and authorities have begun charging a $10 per vehicle entrance fee due to the crowds.