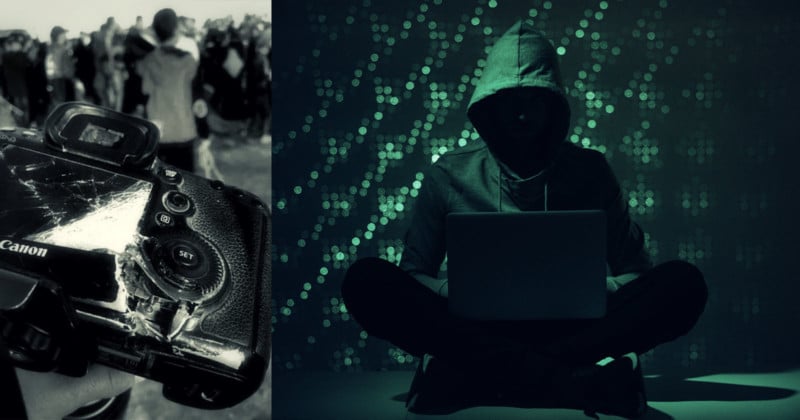 An Australian celebrity fell foul of a nasty scam by a criminal group pretending to be a Palestinian photographer.

Bryan Dawe, 74, a noted satirist, comedian, and writer, came across a Facebook post by a woman named Sarah Murtaja who claimed that her Canon 5D Mark III had been destroyed by an Israeli bombardment of Gaza.

“Israel prevented the introduction of financial aid into Gaza, where I created a donation campaign through PayPal, and I hope for the good people to donate even a little bit,” Murtaja wrote in the post. 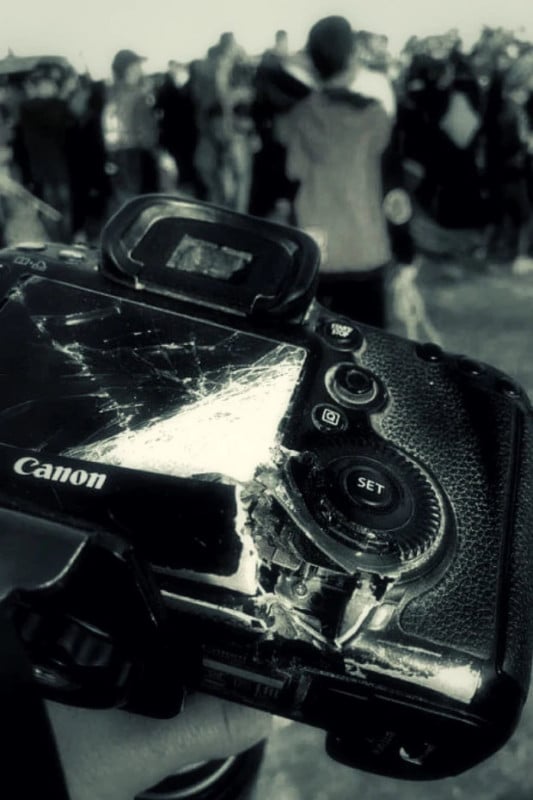 The elaborate ruse was accompanied by an image of a damaged Canon 5D which she was asking $2,800 to replace. Murtaja also posted photos taken inside Palestine which later turned out to have been stolen from other photographers.

“Her photos displayed a human side of Gaza and Palestine missing from the normal media portrayal of death and destruction,” Dawe tells The Age.

“The photos told another more heartening narrative of young kids trying to survive and live their lives among the chaos of an ongoing war.”

Dawe threw himself into the cause, creating collaborations of prints and gift cards, using his considerable profile in Australia to sell the merchandise. 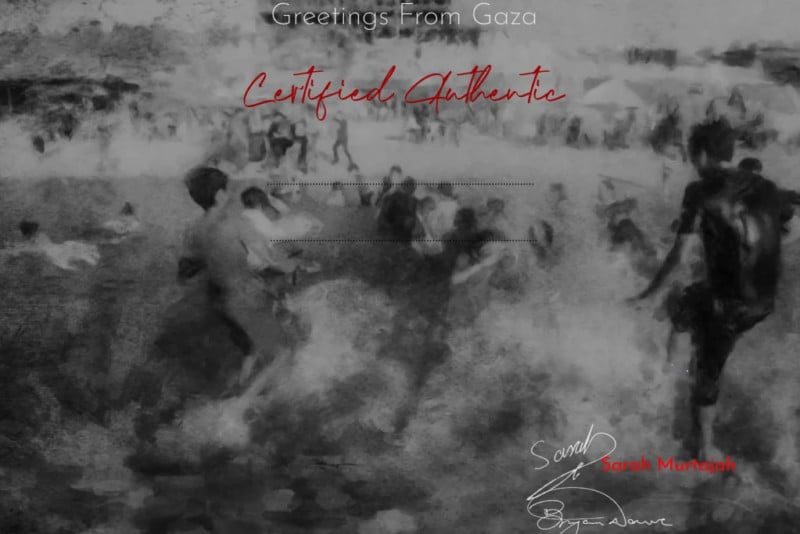 The artworks contained Murtaja’s and Dawe’s signatures printed together. After raising money, Dawe also received donations for the Gaza cause.

The project had raised $3,000 and Dawe was ready to forward the money to a PayPal account. However, he then discovered that PayPal does not operate in Gaza, which immediately raised alarm bells.

Dawe then did a reverse Google image search of Murtaja’s photos and discovered they had been stolen from other photographers.

Dawe then offered refunds to everyone who had given money, but this enraged the scammers who, to this day, hound him for payment.

Horrifyingly, the crooks created a deep-fake sex video of Dawe and tried to blackmail him. The political sketch artist closed all of his social media accounts in December last year and says he does not “trust anything anymore.”

Fake Facebook accounts of Dawe, presumably created by the scammers, have so far not been taken down by Meta who refuse to comment on the case. Friends and family have been messaging to ask if he was hacked.

Image credits:Part of the header photo licensed via Depositphotos.