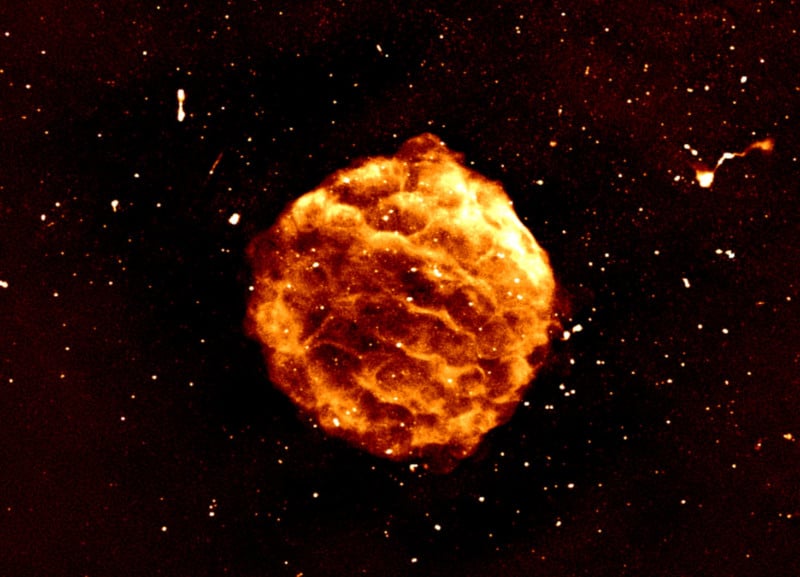 The image above is what is known as a radio continuum image. It shows the galactic supernova remnant G261.9+5.5, which is located somewhere between 10,000 and 15,000 light years away. It was originally discovered by CSIRO scientist E. R. Hill in 1967, however not much is known about it. The morphology of the remnant revealed in the ASKAP image will aid studying the remnant and its surrounding medium in unprecedented detail. Researchers hope to retrieve more information about the remnant’s age, size and type from this data.

This image only exists thanks to the power of the Pawsey Centre’s latest supercomputer, Setonix.

Setonix is a new supercomputer housed at the Pawsey Centre, an Australian government-supported high-performance computing facility in Perth. It was established in 2009 with a $90 million allocation to develop a petascale supercomputing facility along with two smaller pathfinder supercomputers that would be used by the nation’s researchers. In early 2018, the Australian government committed an additional $70 million to upgrade the center.

That upgrade is coming in two stages, the first of which is underway, while the second will be completed by the end of 2022. This new is named after Western Australia’s favorite animal: the quokka (Setonix brachyurus).

When completed, Setonix will be up to 30 times more powerful than Pawsey’s earlier systems — Galaxy and Magnus — combined. The Pawsey Centre says this will allow for more processing of the vast amounts of data coming in from many projects, and more science will be achieved in a fraction of the time.

In order to test its computing capability, data collected by the ASKAP radio telescope was transferred to the Pawsey Supercomputing Research Centre via a high-speed optical fiber, Space reports.

After the new supercomputer processed the image, Dr. Elahi says that just this first phase of Setonix has increased the computing power of the Pawsey Centre by 45%.

“The speed at which we reproduced our current workflows is a good sign as we look to improve and optimize them to fully exploit Setonix’s capabilities,” he adds. “Setonix’s large, shared memory will allow us to use more of our software features and further enhance the quality of our images. This means we will be able to unearth more from the ASKAP data.”