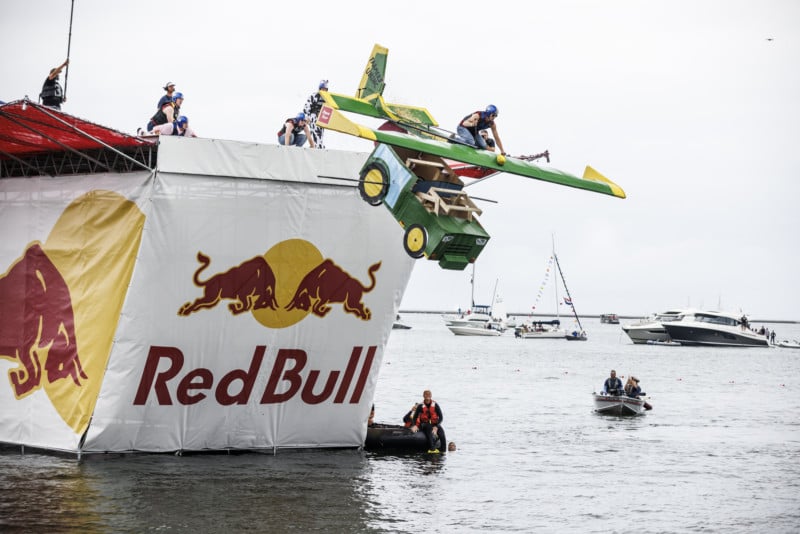 Red Bull Flugtag, a wacky event that asks contestants to build their own human-powered flying machines and jump into the air, made its return to the United States this past weekend as contestants lept into Lake Michigan from Milwaukee’s Veterans Park.

Flugtag is an annual event that is organized by Red Bull in which competitors attempt to fly home-made, human-powered machines by launching themselves off a piece into a body of water. Entering its 30th year, Flugtag began in 1992 over the scenic Danube River in Vienna, Austria. Since then, the event has spread its human-powered wings to 50 countries, 96 cities, and 174 events around the world, and the world-record holder of longest flight achieved an incredible flight of 257.5 feet in 2013.

The custom flying machines can’t be longer than about 33 feet and are limited to 330 pounds. The launch platform tends to be around 30 feet off the surface of the water and while some do take the competition seriously, many entrants don’t fly at all and are there strictly for the entertainment value. 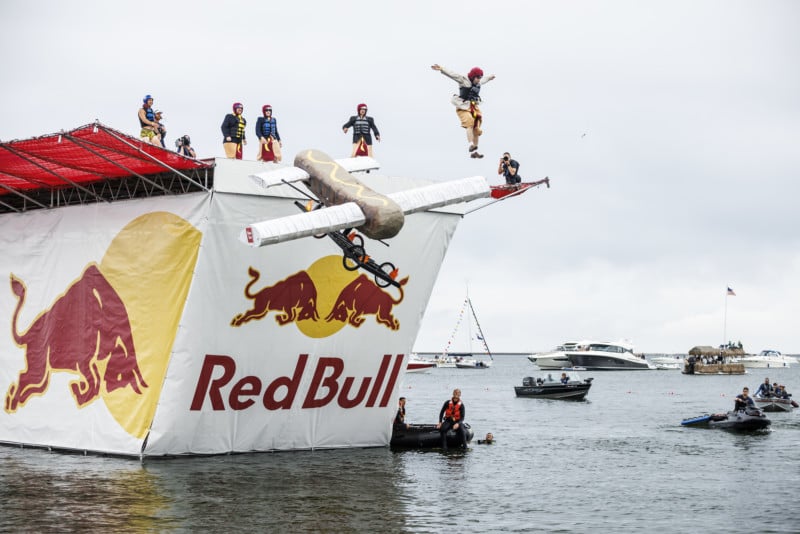 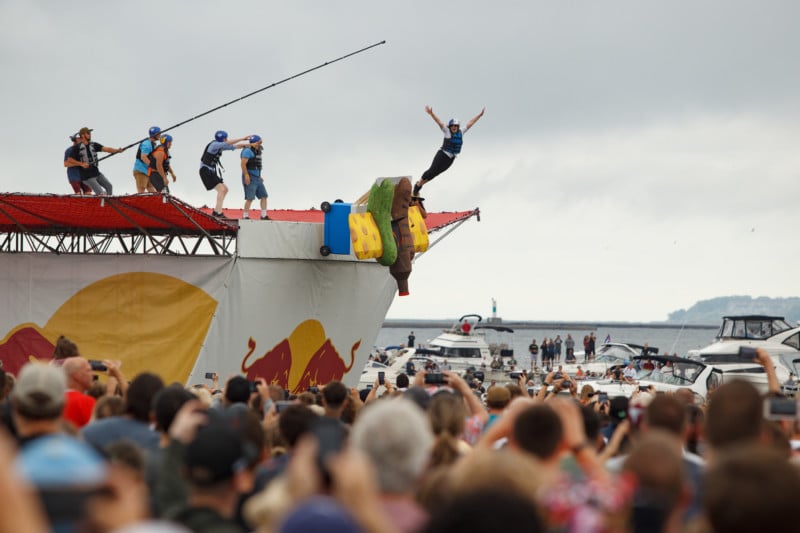 And entertain they did. This year’s Flugtag saw a wide range of Wisconsin-themed entries, from flying tractors to giant sausages. Seven teams even named themselves in reference to the state’s famed dairy industry. As seen in the photos, Milwaukee residents showed up in droves as a massive crowd cheered on the competitors. 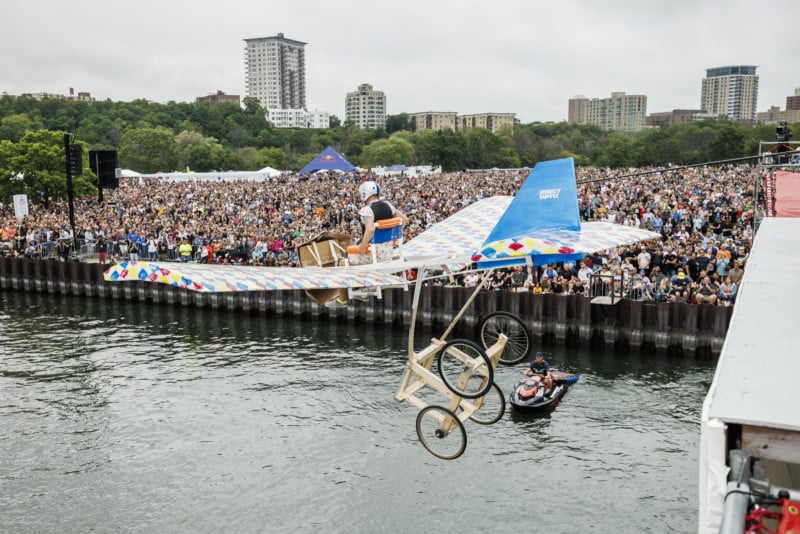 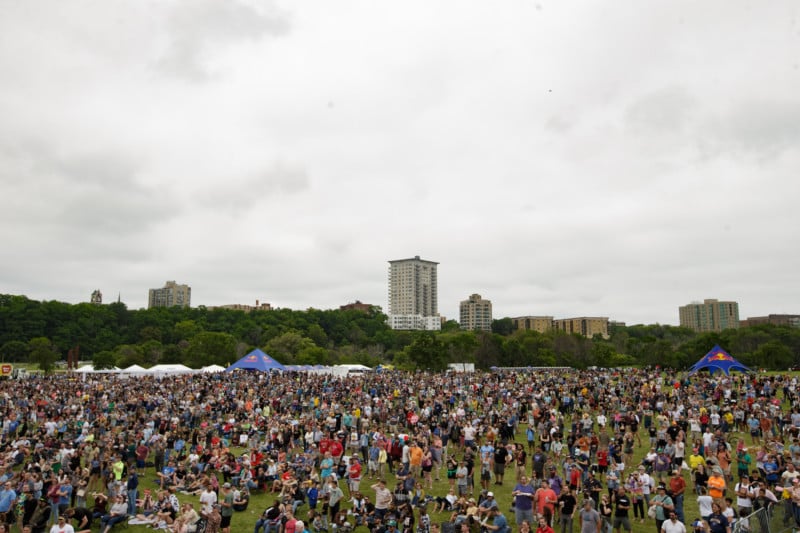 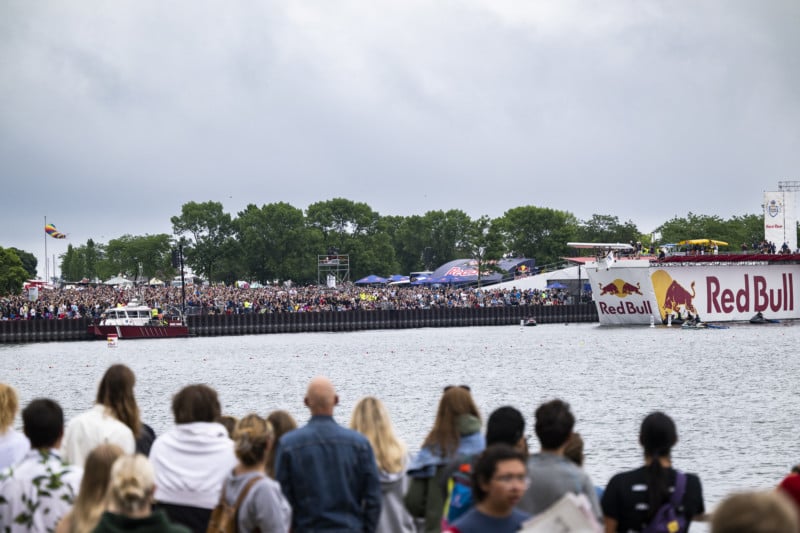 Thirty-four of the bizarre “flight” crafts were eligible to compete and were judged on three criteria: the creativity and design of their craft, showmanship of their skit, and the distance traveled after taking off from this year’s 27-foot platform.

Red Bull says that after nearly three hours of “remarkable ascents and crowd-pleasing plummets,” Flugtag veterans Flight For Your Right to Party — a team of suburban dads that also competed in Red Bull Soapbox Race Iowa last month — and their Viking-inspired craft were declared champions of Red Bull Flugtag Milwaukee with a remarkable jump of 66 feet and a perfect 50 from the judges’ panel. 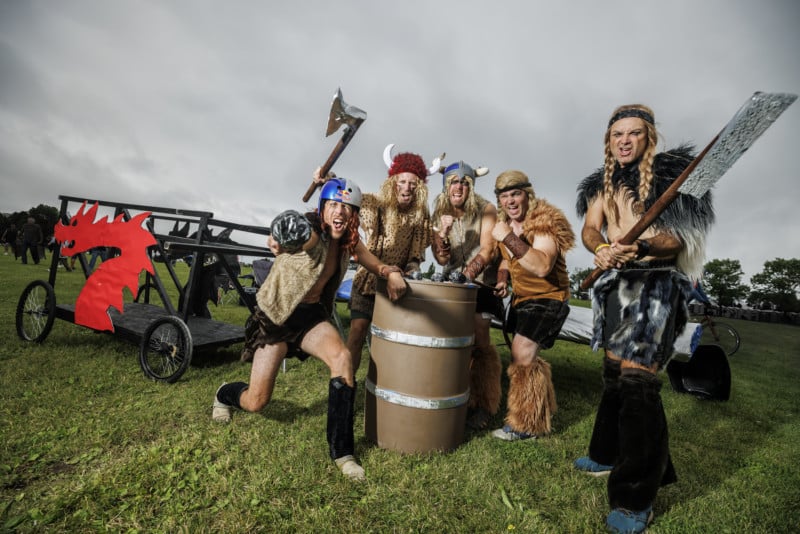 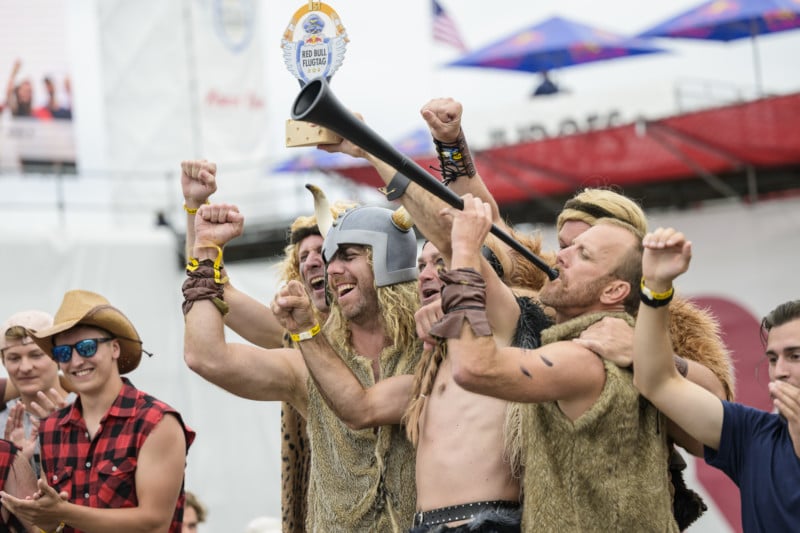 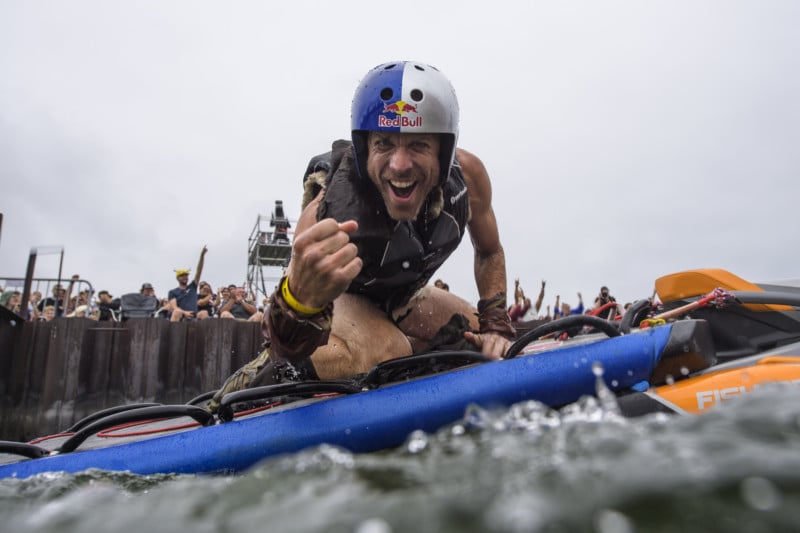 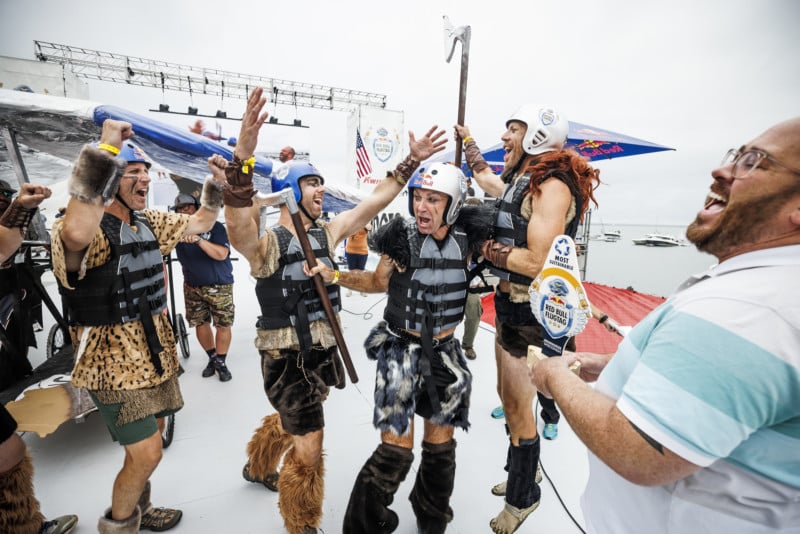 The company says that winning teams received “premium and exclusive experiences” at other brand title events like Red Bull Flugtag and at a Milwaukee Bucks game. The full list of awarded teams includes: 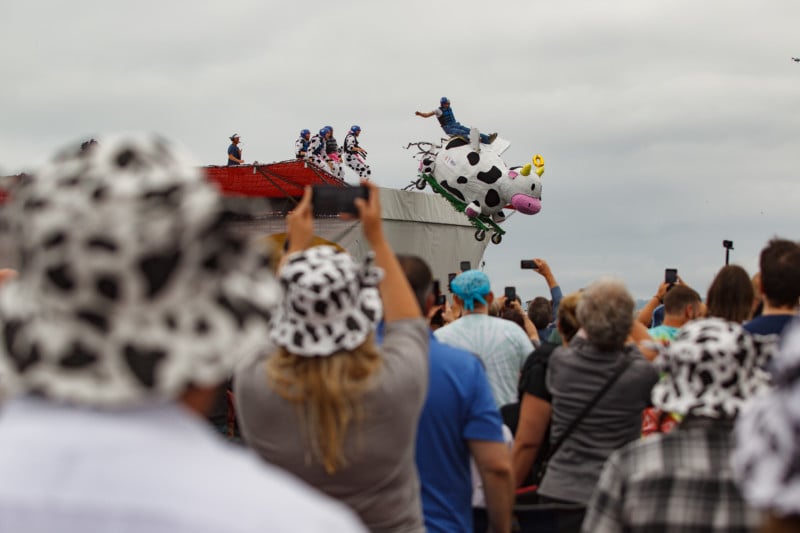 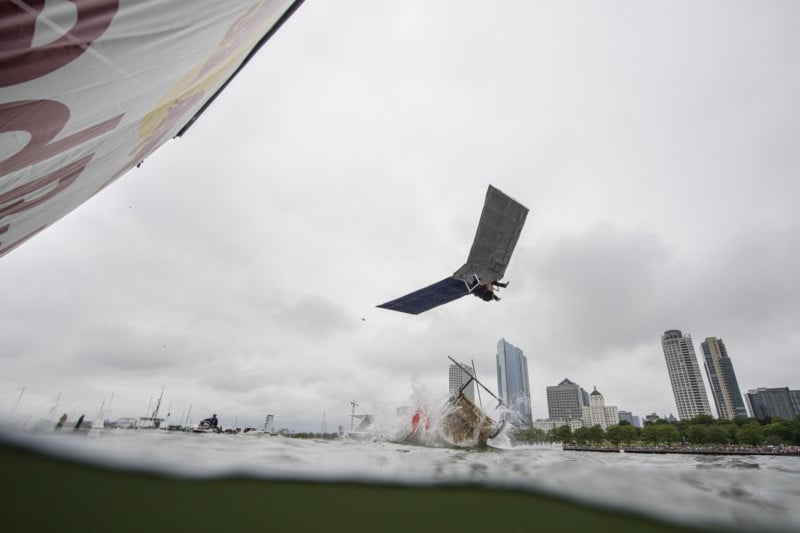 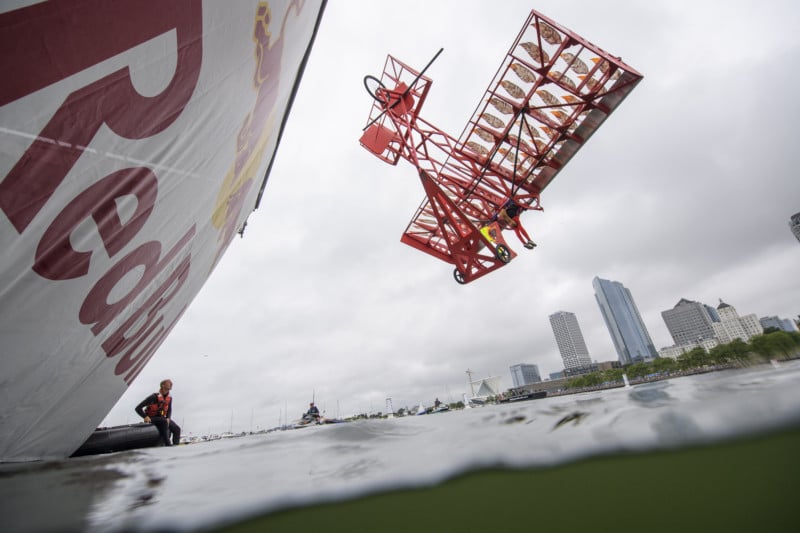 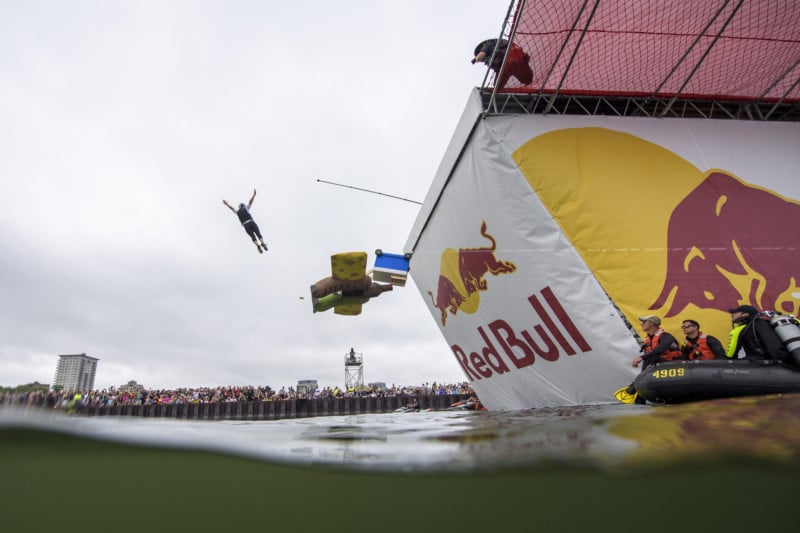 Details on the event as well as galleries of past Flugtags can be seen on Red Bull’s website.