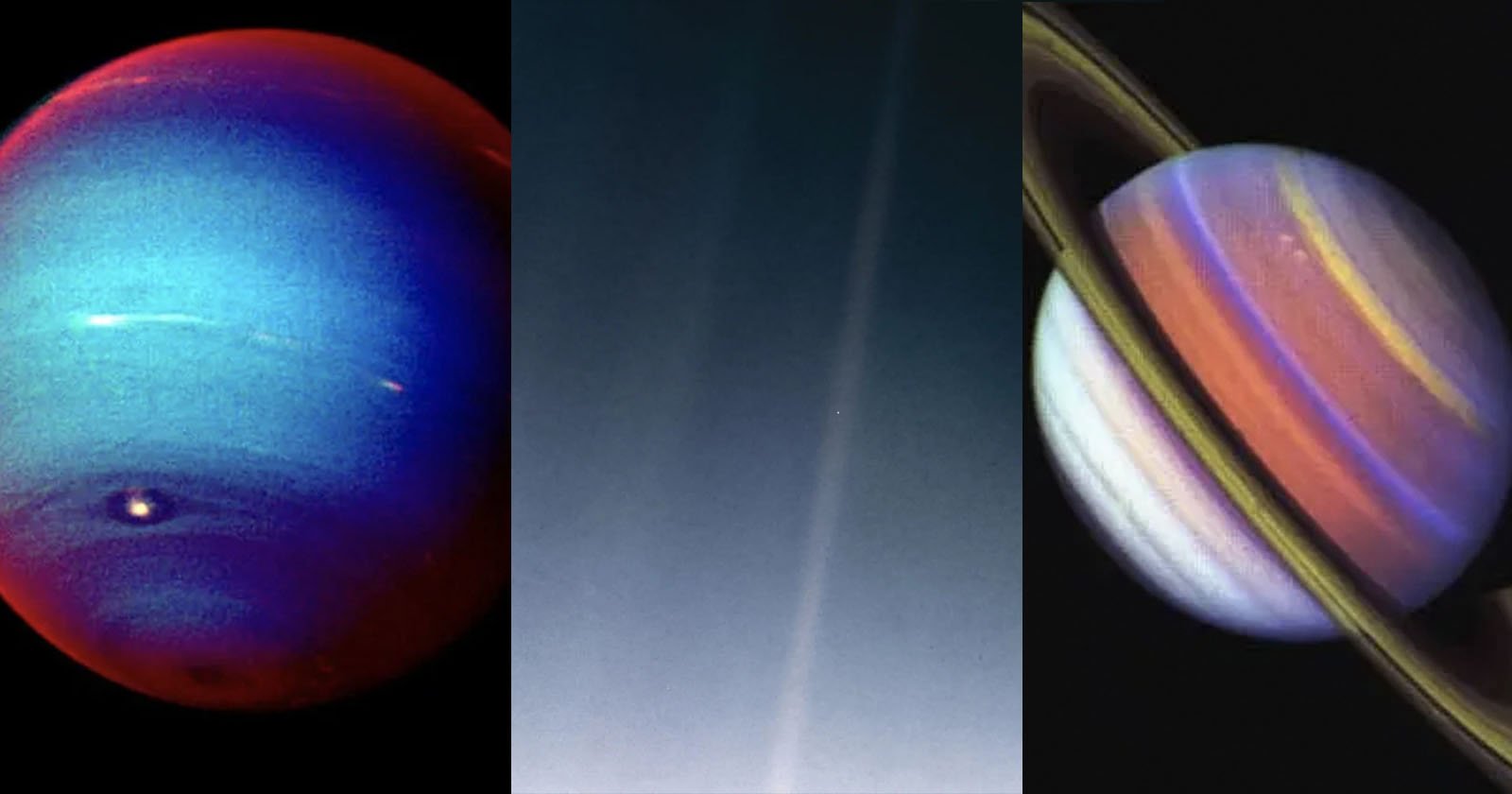 The Voyager Space Probes — the most distant cameras in the universe — are being powered down after 44 years of interstellar travel.

Voyager 1 and Voyager 2 have made it deeper into space than any manmade object in history. Both were launched in 1977 to photograph a fortuitous alignment of the planets in our solar system.

The Voyager program was able to take advantage of a moment of cosmic coordination when Jupiter, Saturn, Uranus, and Neptune were all lined up in such a way that the probes could visit each of these planets on their one-way journey away from Earth.

NASA has previously said that the Voyagers “were destined—perhaps eternally—to wander the Milky Way.” But the radioactive plutonium-powered probes are losing energy by about four watts a year.

Launched 45 years ago, NASA has made the decision to reduce power on the probes which could extend their life span a few more years until about 2030. Initial projections had expected the Voyager mission to last just four years.

The probes’ primary purpose was to fly by Jupiter and Saturn, which they did in two years. After successfully completing their initial mission, they just kept going deeper into space and sending back images of our solar system from afar.

In 1990, the Voyager 1 sent back the iconic “Pale Blue Dot” picture, showing the Earth against the massive expanse of space taken 3.7 billion miles away from our sun.

In 1998, Voyager 1 became the farthest human-made object in space — 6.5 billion miles from Earth. The probes are now 12 billion and 14.5 billion miles away from Earth and counting, according to NASA’s live tracker.

After 2030, Voyager will likely lose contact with Earth but both probes carry a 12-inch, gold-plated record that carries information from Earth. This includes 115 images, greetings in 55 different languages, sounds of the wind, rain, the human heartbeat, and 90 minutes of music.

In another 20,000 years, the probes will pass the nearest star, Proxima Centauri, with this time capsule of human life.

Image credits: All photos by NASA/JPL.