The YouTuber shot two rolls of Ilford HP5 with the intention of developing one in each energy drink concoction. The development recipe is known as the Delta Mix, which Lou says is a popular home chemical method that has had consistent results when developing black and white film.

The recipe includes washing soda, Vitamin C powder, and instant coffee, which Lou replaced with the powdered energy drink mix. Washing soda is a chemical compound that can be used to remove stubborn stains from laundry and is an essential component in most homemade laundry detergents.

Lou also added 1,000 milliliters of tap water and had a half-gallon of fixer standing by. Once mixed, he let the solution stand for several minutes in order to clear the bubbles that had formed during mixing. The Gamer Supps mix actually overflowed with bubbles due to its interaction with Vitamin C, so Lou suggests backing off the water to 700 milliliters and then topping it off after the bubbles subside.

From there, after a bizarre side trip to take a bath, Lou left the film in the developer tank for nine minutes, before soaking it for three minutes in the fixer. He also agitated the tank during both phases to keep the mix moving around the film. Once completed, it was time for the final rinse.

The results were successful if a bit underexposed. While the Gamers Supps mix developed the film properly, the G-Fuel failed to fix the image and as such, they became completely exposed and clear, leaving no images left to print. Lou also discovered that both drink mixes became rather viscous, and left an annoying, sticky residue on the film after developing. 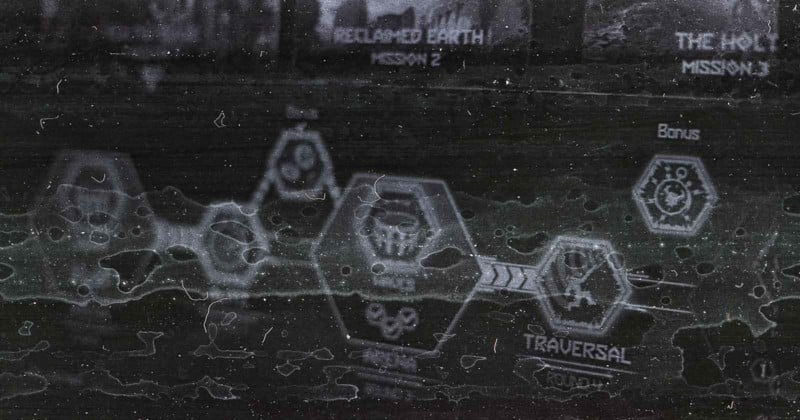 Ultimately, Gamers Supp’s powdered energy drink can develop black and white film, but it will make the image “gooey” while G-Fuel doesn’t work at all.

More from Lou can be found on his YouTube Channel.