What is the difference in quality between a $500 35mm Rokinon lens and a $26,000 Arri Master Prime? That is exactly what filmmaker and YouTuber Ryan Connolly of Film Riot wanted to find out.

While the debate about using affordable versus “professional” has been a long-standing one, Connolly decided to put his money (literally) where his mouth was to see exactly what the differences were between the two lenses when put in real-world working conditions. While some of the results were pretty obvious, there were quite a few surprises sprinkled throughout the ten-minute video comparison. 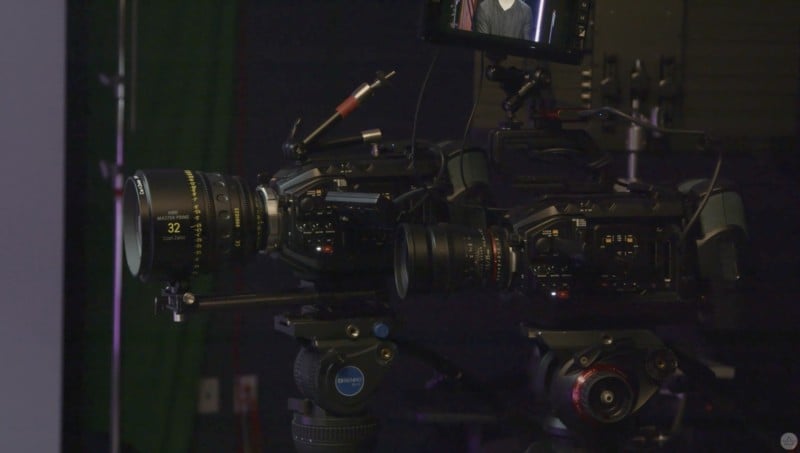 Mounting both lenses on the same model of Blackmagic URSA Mini Pro cameras and matching the focal lengths as closely as possible (32mm ARRI vs 35mm on the Rokinon), the team shot a variety of clips in multiple conditions including in-studio, against green screens, and outdoors aimed into the sun.

Somewhat surprisingly, the Rokinon actually did perform well in many of the setups with the most glaring and noticeable difference being the bokeh patterns (significantly worse on the Rokinon compared to the Arri) and the color rendition. The Arri lens captured more “true to life” colors whereas the Rokinon often added a splash of warmth to the frame. 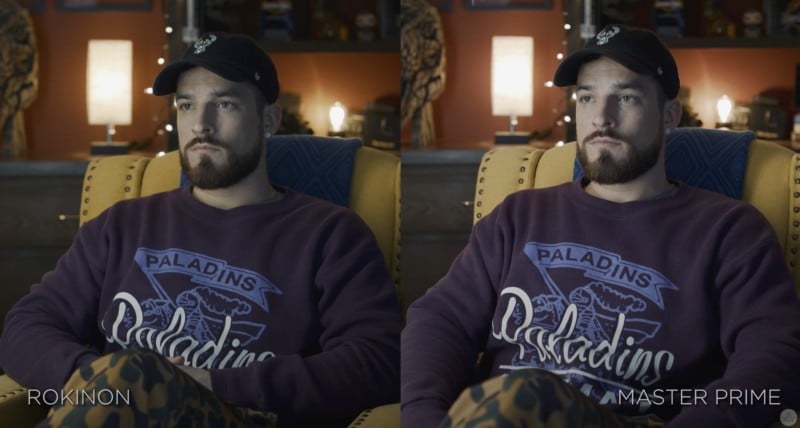 Most Won’t See a Difference

Throughout Connolly’s testing, he found that the Rokinon did a lot better than expected especially considering the vast difference in price. Not everyone is going to notice the bokeh differences, and the color issues could be easily matched and compensated for in post-production. When creating content for smaller screens like YouTube, the differences (with some adjustments) were almost unnoticeable.

Still, there are reasons he would select the Master Prime if given the opportunity.

“I do not like that I don’t have the choice, which means the control is taken out of my hands,” he says. “With the Master Primes, I can put filters on the lens and I can add things in post, but with the Rokinon I’m forced into a subtractive process instead of an additive one which is never a good thing.”

Connolly mentions that when posting content on YouTube and other social media outlets, the footage will be compressed significantly, making the differences even harder to spot. But when shooting for the “big screen” the Master Primes are obviously the better choice and the performance difference is significantly more noticeable.

To see more of Connolly’s work be sure to visit the Film Riot YouTube Channel.