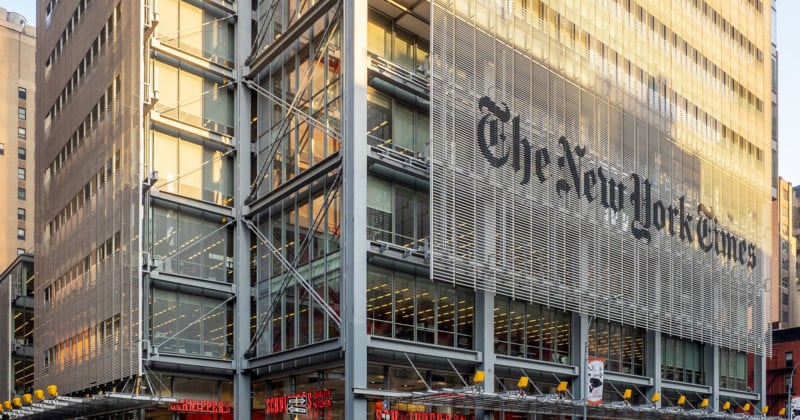 Michele McNally, The New York Times director of photography and top newsroom manager over a 14-year tenure who saw the publication win six Pulitzer Prizes for photography, has died. She was 66.

Born Michele Angela Fiordelisi in 1955, she graduated from South Shore High School and studied mass communications at Queens College from 1973 to 1975, after which she took film courses at Brooklyn College.

Standing just five feet tall, McNally was apparently self-conscious of her stature but never let that hold her back.

“Once, during a disagreement, my old boss told me, ‘You are small, but you just don’t know it,’” Michele said during a toast at her retirement, The Times reports.

Curiously, McNally was admittedly not a very good photographer herself but understood its importance.

“I knew I couldn’t capture what I felt on film, or pixels,” she once said in an online session. “I am a visual person. I can’t just tell you stuff, I have to show you.”

Raising the Bar on Photojournalism

One year after joining The Times, McNally was promoted to assistant managing editor and became the first photo editor to join the top echelon of the publication’s management.

“Michele was blunt in saying the paper’s photography was not living up to its words,” Baquet recalls, explaining that prior to her arrival, The Times was more known for its reporters and writers. McNally changed that.

In remembering her, The Times says that she demonstrated how articles in the paper could be more attractive visually through photography. As the publication went online, the opportunities to lean on visuals only increased.

“She has pushed a reluctant newsroom, hired an all-star staff and made The Times the finest visual report in the country,” Baquet and Joseph Kahn, another managing editor, said in 2018. “Along the way she displayed tremendous humanity when Times photographers found themselves in harm’s way.”

McNally passed away on March 1, 2022, due to complications from pneumonia. Her marriage to Joe McNally ended in divorce. She is survived by her daughters Caitlin and Claire McNally, three grandchildren, and her sister Jody Porrazzo.