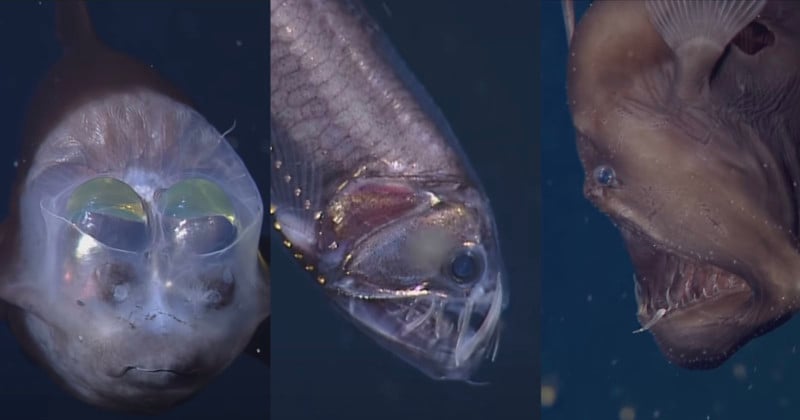 The Monterey Bay Aquarium Research Institute (MBARI) uses deep-sea remote-operated vehicles (ROVs) to capture footage of some of the strangest, weirdest creatures that exist in the deep sea.

Why Do Deep-Sea Creatures Look So Weird?

MBARI regularly features some of what its ROVs discover under the sea, and has published a video that delves into a common question about the appearance of deep-sea creatures: why do they look so weird?

“They’re not weird, they’re perfectly adapted for their environment,” Tommy Knowles, an aquarium biologist, says. “It would be really weird if they didn’t look like this.”

The oceanic organization says that what may look strange to land-dwellers is much less so for these creatures who have spent eons evolving to survive in their environment.

“In the deep sea it is cold and it is dark,” Ellen Umeda, also an aquarium biologist, says. “These animals are experiencing a lot of pressure from the water and the environment they live in.”

These animals have a lot of adaptations that make them look “unique,” but they actually serve to help them survive. For example, many animals who live in the deep sea are transparent which helps them remain unseen by predators, as there is not much to hide behind in the deep sea, especially for those that live in the midwater and not on the ocean’s bottom.

Many creatures in the deep sea have the ability to turn bright red which, while very visible to humans, is not visible to many of the creatures who live at that depth. Because of the darkness, many animals in the deep sea have really big eyes that are designed to detect the small amounts of light that trickles down to their depth. Food is also hard to come by, which has resulted in some rather unique methods that creatures at that depth use. Some can survive on very little food or only need to eat once a month by slowly digesting something they have caught and held in their expandable stomachs.

As a companion video to its explanation on the strange appearances of deep sea creatures, MBARI has also published 10 minutes of footage taken by its ROVs that showcases multiple creatures ranging from squid and jellyfish to snailfish and worms.

Those who want to learn more about the world of the deep sea can do so at the Monterey Bay Aquarium’s upcoming exhibit “Into the Deep,” which opens later this spring.