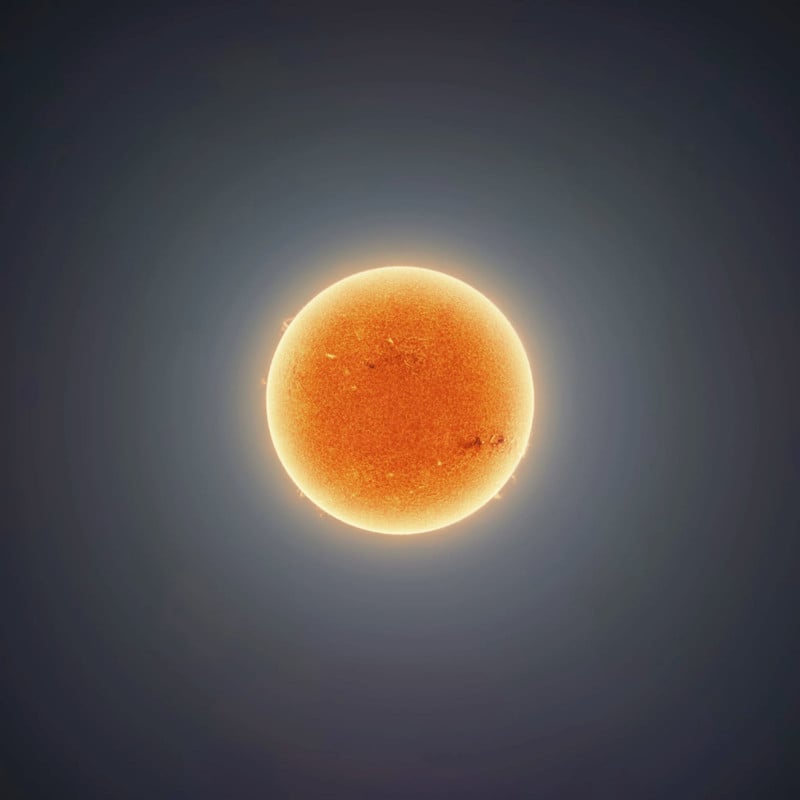 Well-known astrophotographer Andrew McCarthy has captured a stunning new photograph of the Sun with an impressive amount of detail by combining 150,000 separate photos captured from his backyard.

The resulting photograph is titled Fire and Fusion and weighs in at a whopping 300 megapixels.

“A detailed look at our star,” McCarthy says. “I captured around 150,000 images of the sun with extreme [magnification] using a modified telescope. Combined, those photos allowed me to see the sun in incredible detail.

“This is a 300-megapixel image of our star, designed to look incredible at any size. The details on the solar surface show exactly how the sun looked at 2 pm November 29th, from the vantage point of my backyard.”

McCarthy has released the full-resolution version of the image to his Patreon patrons. The photo is also available as a print from McCarthy’s online store with prices starting at $50.

Here are some crops of the photo that show the remarkable details that McCarthy was able to capture from his property in Florence, Arizona: 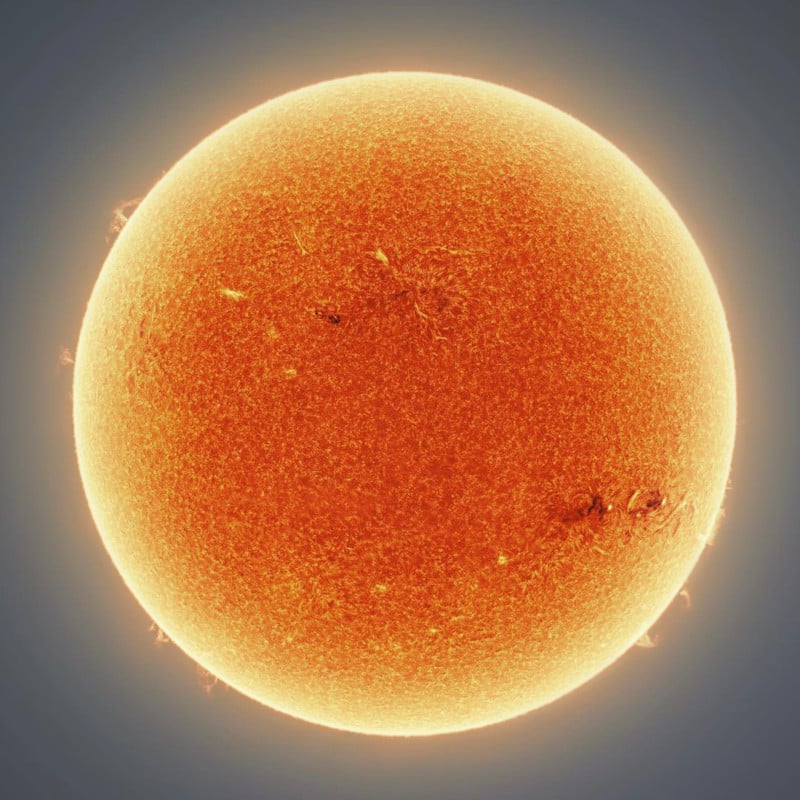 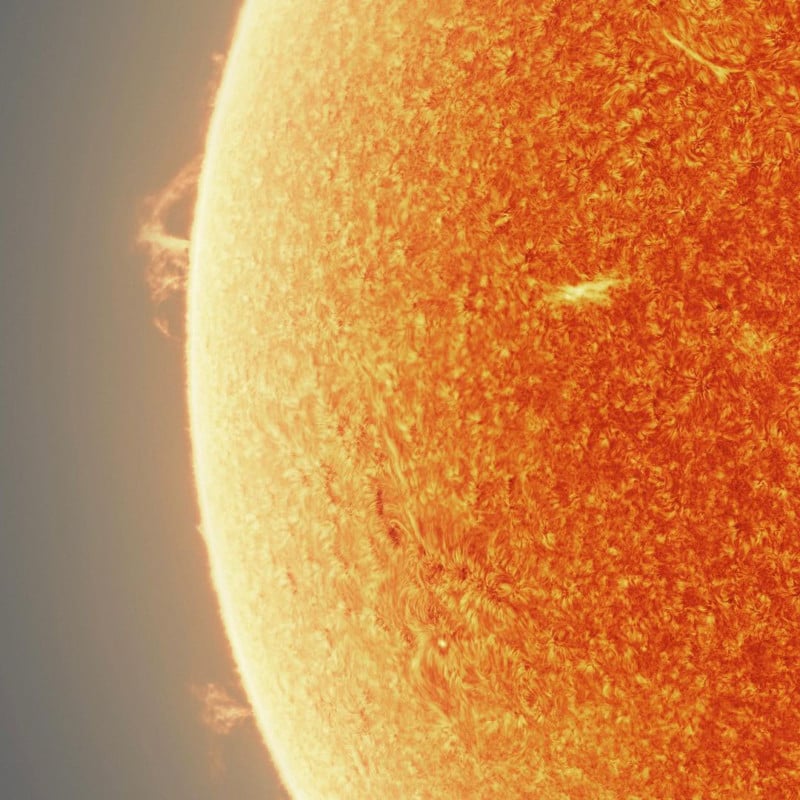 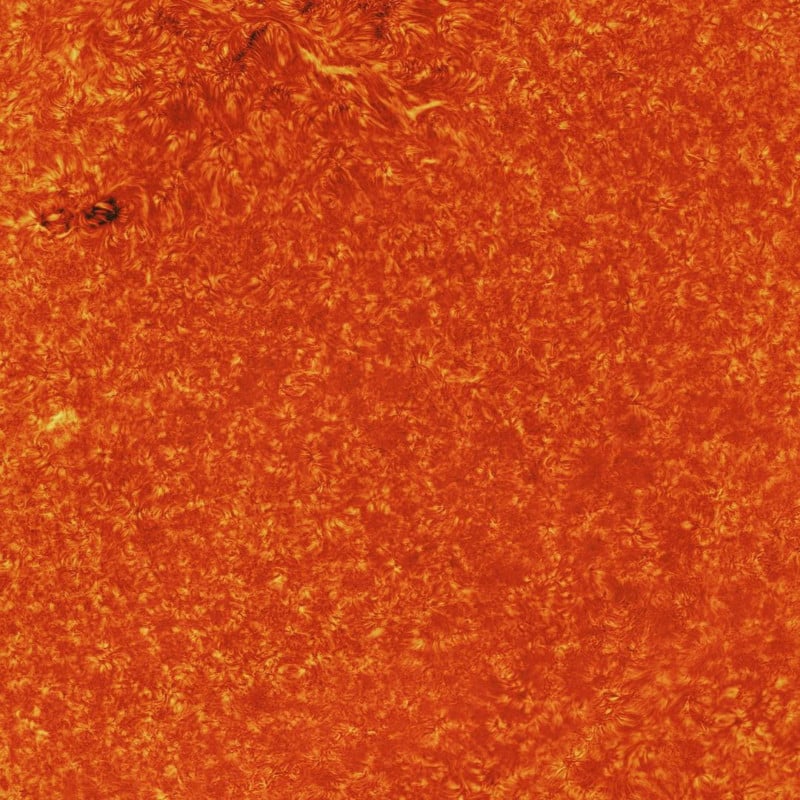 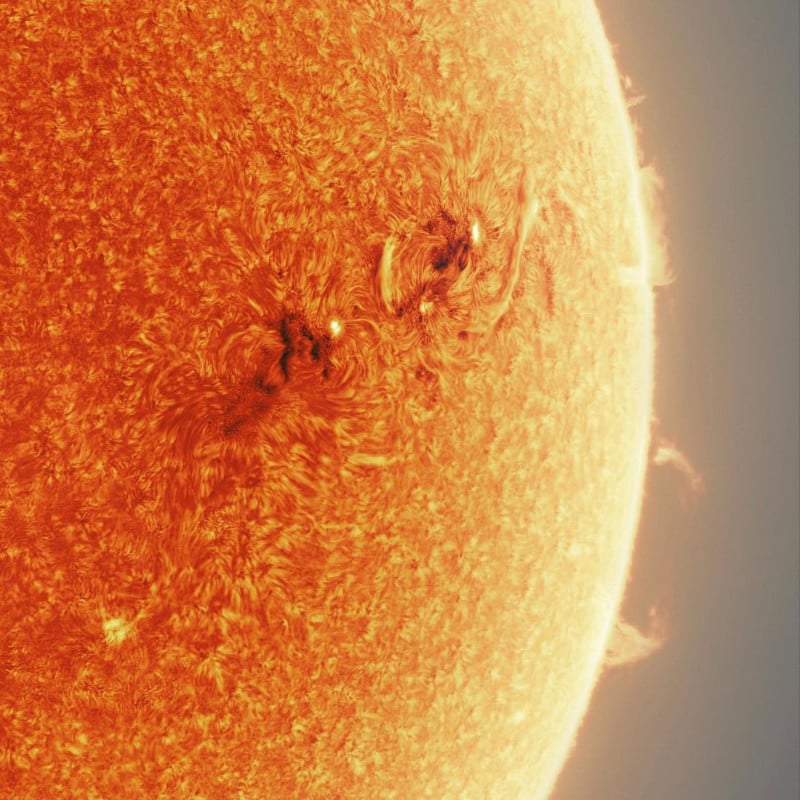 “Spots are sunspots, and the swirls are active regions, areas where the magnetic field is more active and pulls at the plasma,” McCarthy writes.

McCarthy’s modified telescope uses special filters (a Daystar Quark Chromosphere and Baader ERF) to protect his equipment and himself, and his photo does not capture what our eyes would see in visible light (with sufficient protection and filtering) — the darker parts of the Sun are actually higher intensity areas that would show up as white in visible light.

“Our star is a chaotic ball of plasma,” McCarthy writes. “Planet-sized streams of plasma snake up from the surface, dwarfed by looming prominences and filaments. Blinding bursts of energy stem from areas of heightened magnetic activity, pushing and pulling on the solar surface and creating fascinating patterns in the atmosphere.”