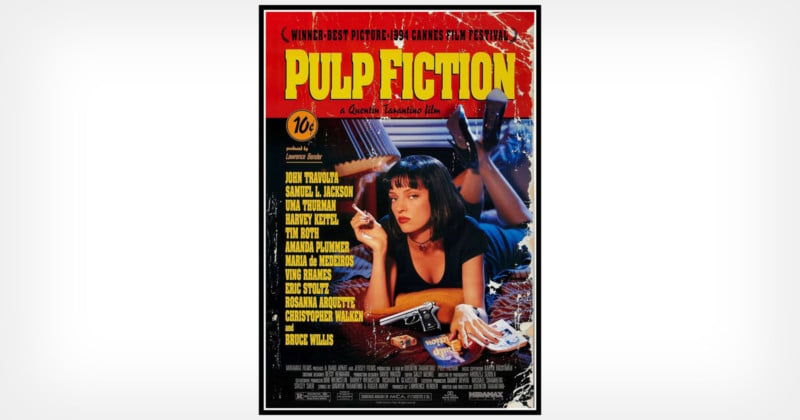 A judge has dismissed a lawsuit filed by the photographer who shot the iconic photo of Uma Thurman on the poster for Pulp Fiction, saying he waited too long to file for copyright infringement.

The New York Post reports that photographer Firooz Zahedi filed a lawsuit against Miramax in May of 2020 for violating a contract that stipulated limited use of the photo to promote the film at the time of its release in 1994. Zahedi claimed that the studio used the image on “untold thousands of consumer products” that went beyond the original “limited” stipulation in the contract.

Zahedi was paid $10,000 to take the photo of Uma Thurman’s character Mia Wallace at the time in an agreement that Miramax says was under a work-for-hire agreement (though the production studio was unable to locate the documents that would prove this claim). This, however, ended up not mattering in the ruling.

In 2015, Zahedi was gifted an action figure of the character that had packaging that featured the photo and in 2019, he was given a pair of socks that had the photo on them, which finally prompted him to file the suit.

Justice Dolly Gee found that Zahedi knew about Miramax’s alleged unauthorized use of the photo dating back to when he received that first action figure but did not file the suit for five more years which placed the claim outside of the statute of limitations.

Because Zahedi posed with a photo of him holding the action figure in a photo taken by Zahedi’s stepson on Instagram with a comment from Zahedi that stated “Thanks… Sometimes it’s best to settle for the little things in life,” there was a provable moment in time that Zahedi knew about the alleged infringement, starting the clock for a lawsuit. That window then expired in 2018.

As a result, Justice Gee granted Miramax’s request to dismiss the case.

“Where the gravamen of a claim is ownership, the statute of limitations will bar a claim if (1) the parties are in a close relationship and (2) there has been an ‘express repudiation’ of the plaintiff’s ownership claim,” Justice Gee stated in her ruling.

Now Miramax reportedly plans to counterclaim against Zahedi for his alleged unauthorized use of the photo, as he used the photo on the back cover of a book of his works and sold prints of the photo through galleries.