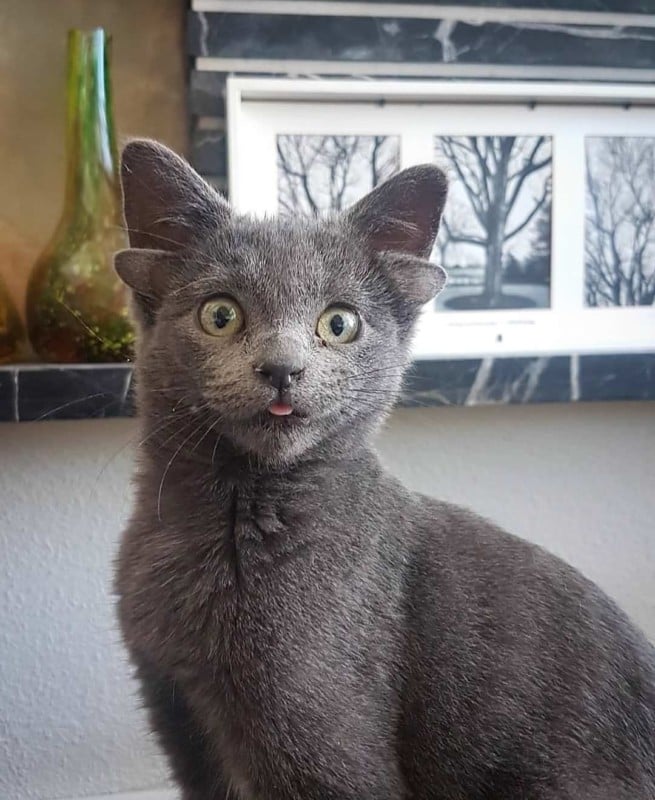 Cat photos have always been popular on the Internet, but there is a new kitten stealing hearts on Instagram that looks different from all the rest. Meet Midas, a four-month-old kitten that has four ears.


The kitten lives in Ankara, Turkey, with its owner, Canis Dosemeci, and it was born with a rare genetic mutation that gave it a defective jaw as well as an extra small ear in front of each of its bigger normal ears. 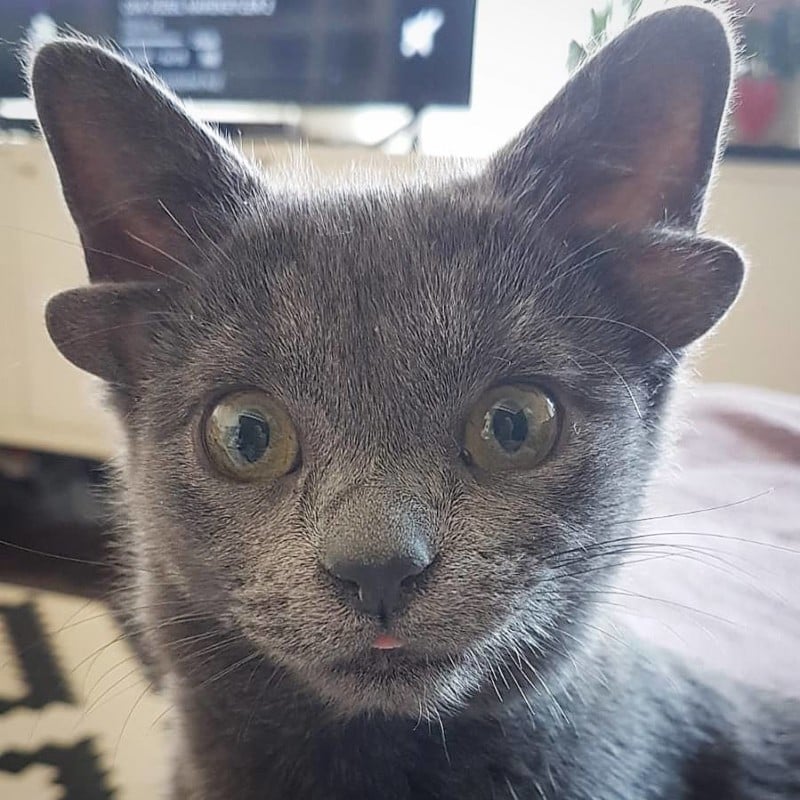 What’s even more unusual is the fact that all four of the ears are functional — Midas’ veterinarian tells Reuters that the miniature ears do not interfere with the kitten’s hearing at all because all four ears are connected properly to the ear canals. 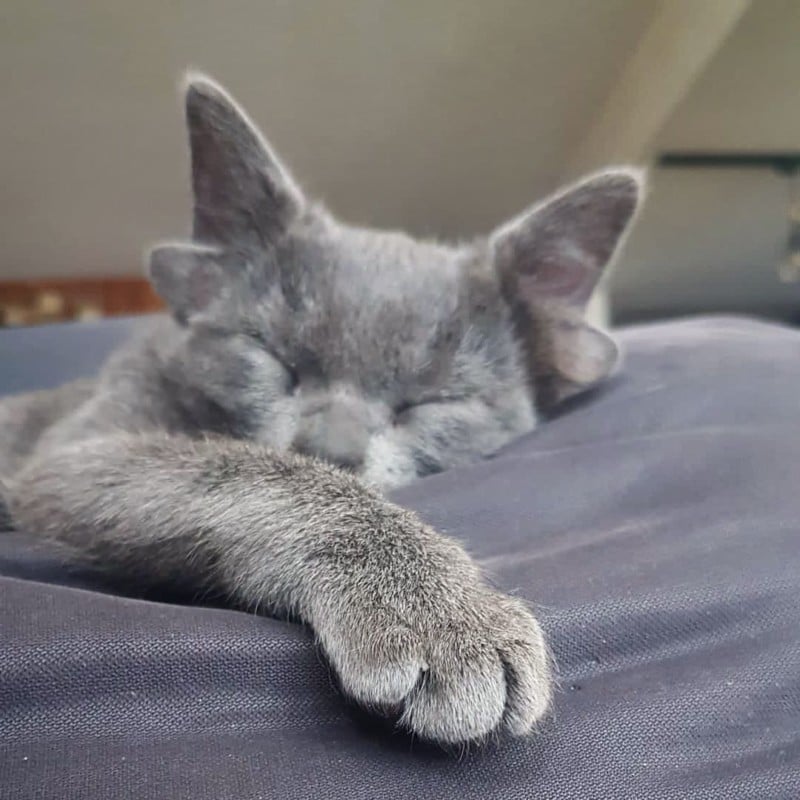 “Our Midas is [a] very playful cat,” Dosemeci tells Reuters. “She likes to cuddle and sit on my lap and sleep on my lap.”

Midas gets along well with the two family Golden Retrievers, Zeyno and Suzi, and the trio is often found snuggling together. 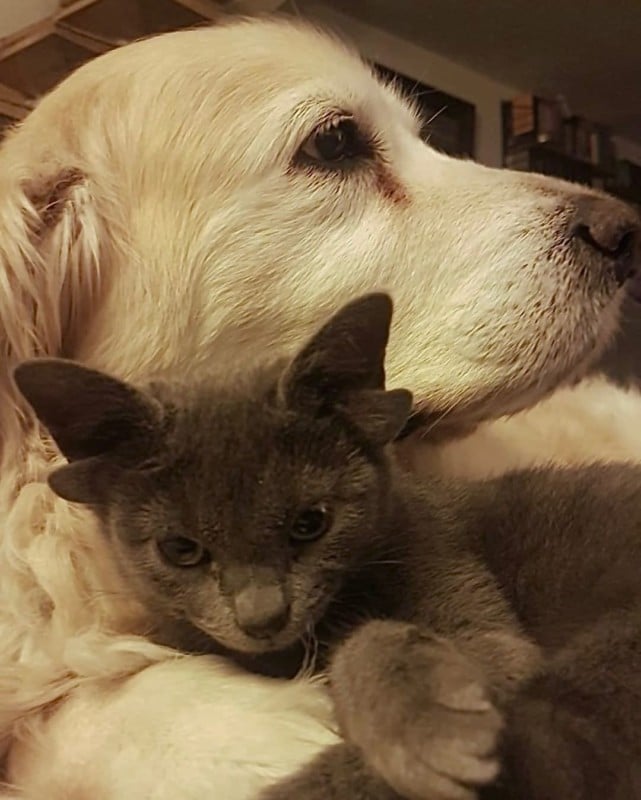 Dosemeci adopted Midas after the kitten was born in her city in a litter of six, and she fell in love with Midas after seeing her because she was worried that the kitten would have trouble finding a home.

“We have never thought of buying a cat,” Dosemeci says. “We just wanted to rescue a cat from the street and we wanted to adopt her.” 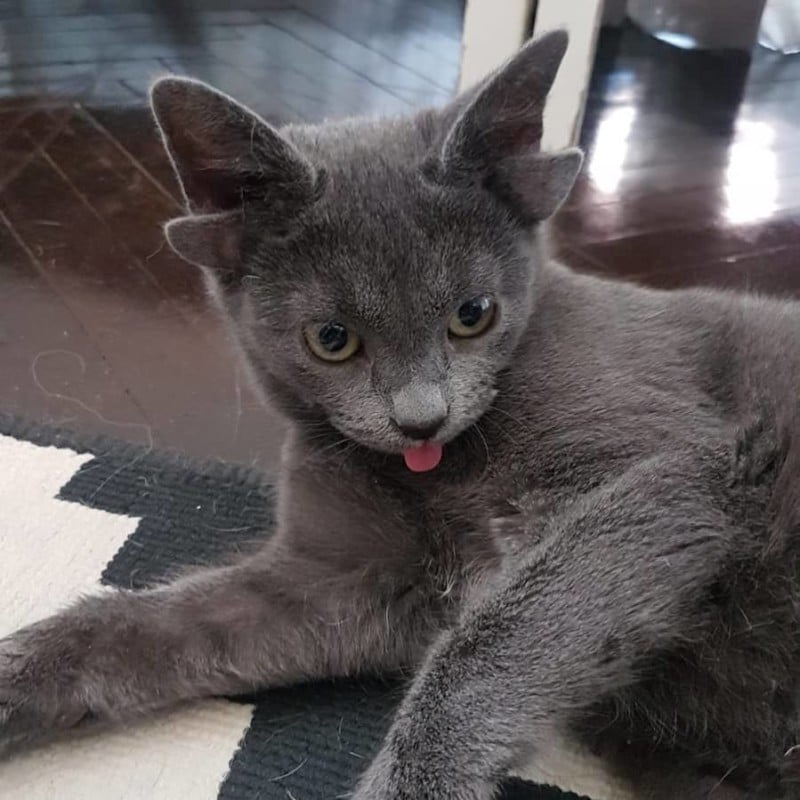 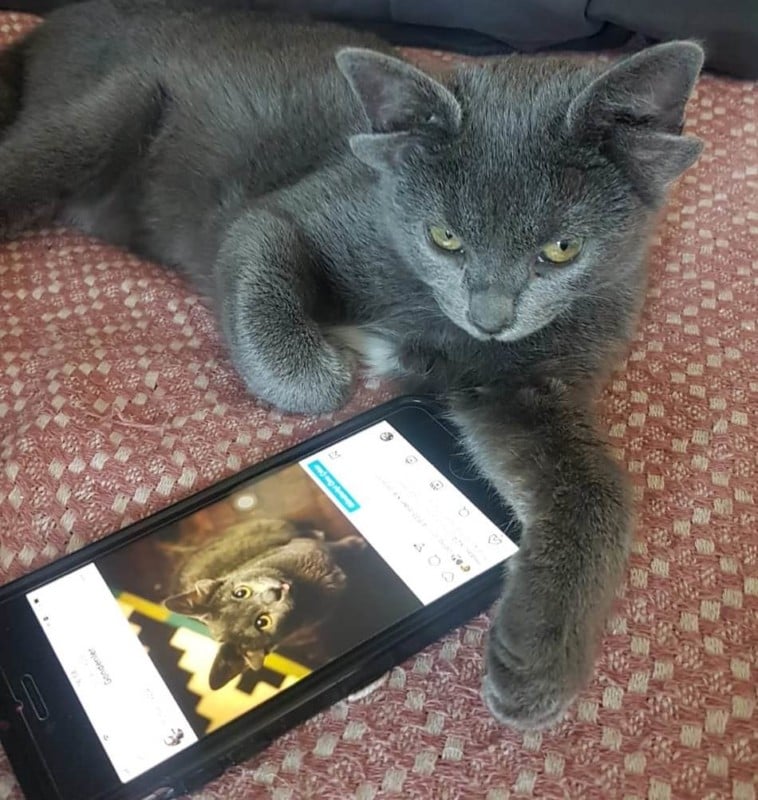 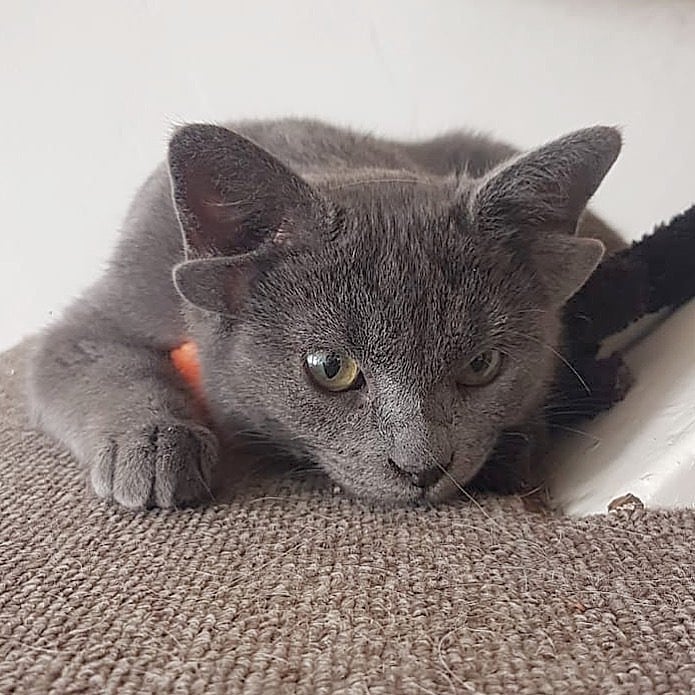 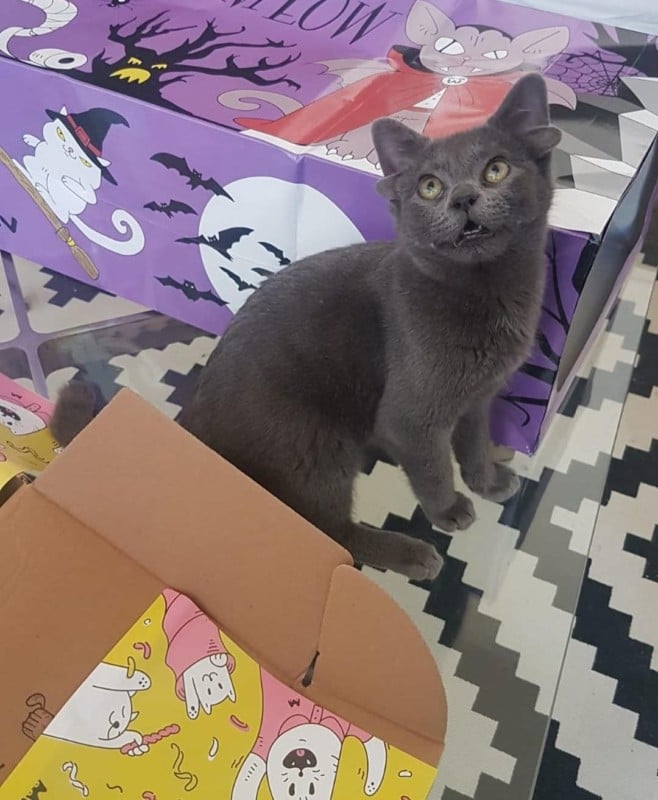 Dosemeci set up an Instagram account for Midas in October 2021, and in less than two months the kitten has already attracted over 114,000 followers. 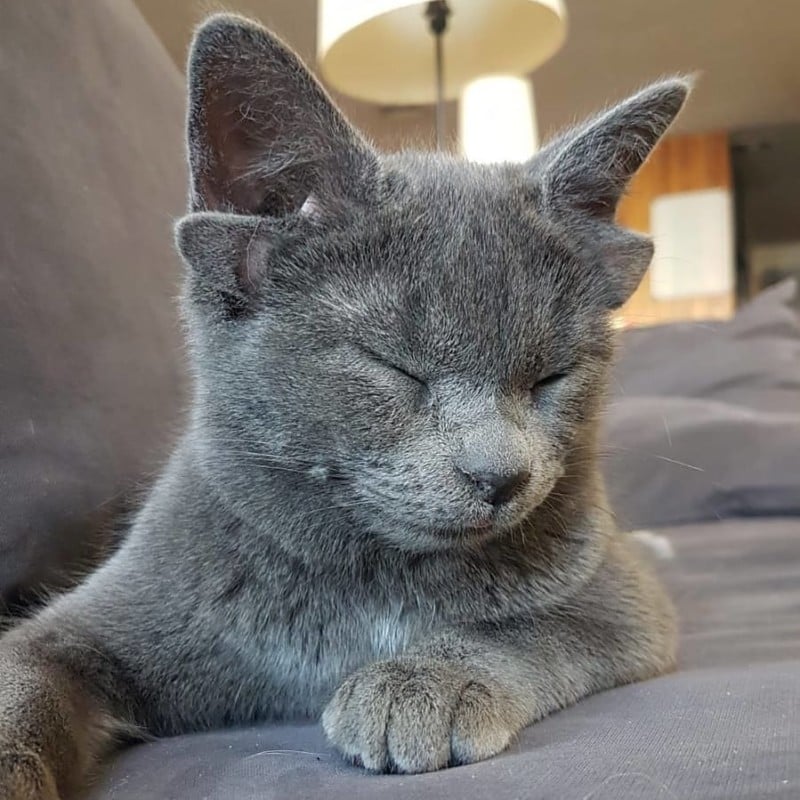 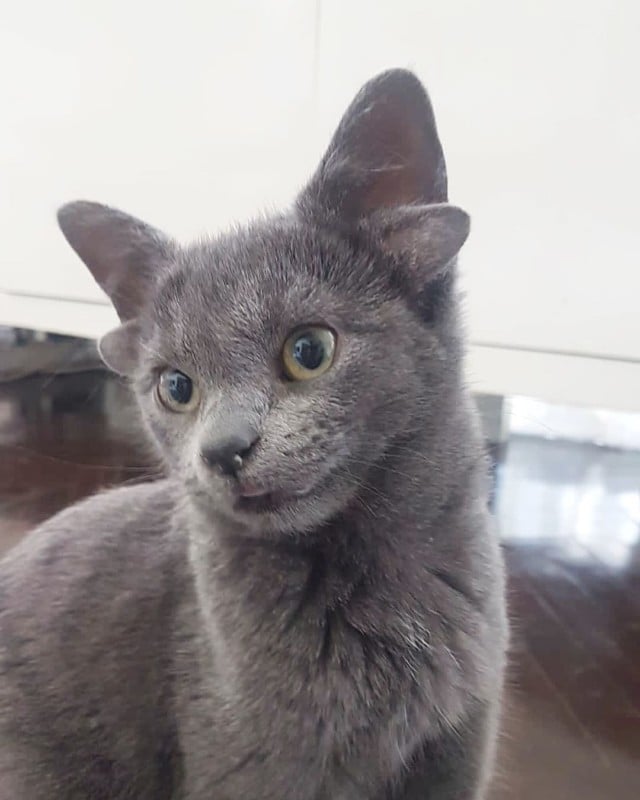 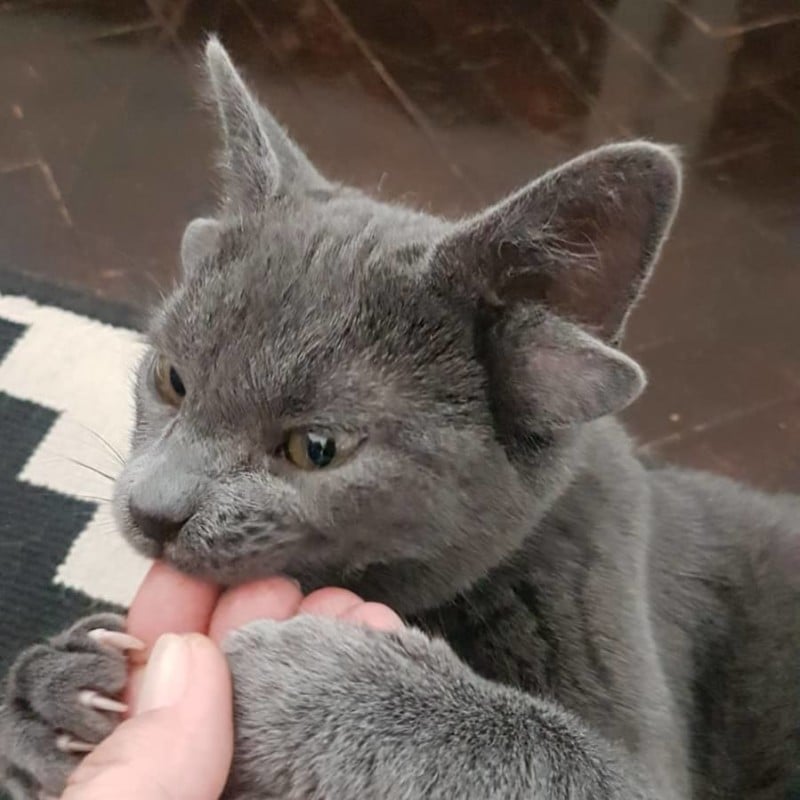 Cats with physical “defects” and/or genetic anomalies are often at risk of being unwanted, but Midas’ owners hope that her Internet stardom will create love in people’s hearts for cats of all shapes.

“I hope Midas’ popularity can raise an awareness of adopting [and] not buying,” Dosemeci says.

Image credits: Photographs by Canis Dosemeci and used with permission