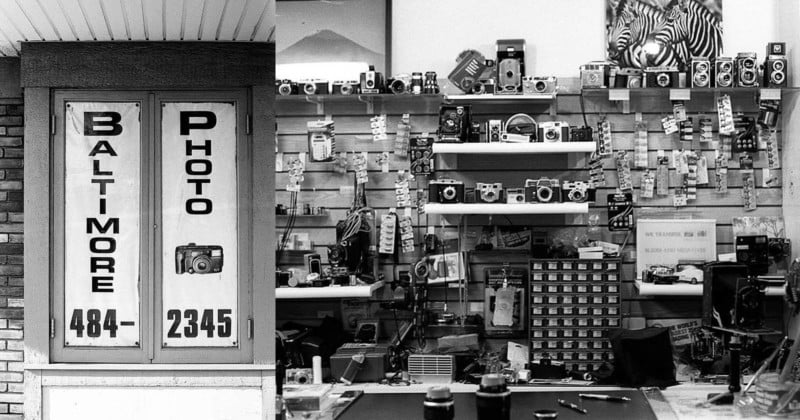 If you live outside of Maryland, you’ve probably never heard of Baltimore Photo-Electronic Services.


The little brick-and-mortar shop is tucked away in a run-down strip mall in the bustling Baltimore suburb of Pikesville, MD. If you drive past it on traffic-laden Reisterstown Road, BP-ES gets lost in the visual clutter of corporate signage that has come to surround it in the last 25 years.

BP-ES has no social media presence and their Web 1.0-style site seems to have finally evaporated from the internet. The only way to find BP-ES electronically is via customer comments on review sites. And the only way to be certain if they’ll be open when you stop by is to call ahead. Fortunately, the phone number has never changed.

There was a time that BP-ES sought the attention of the outside world though. Artifacts exist in the form of faded old signs covering windows, proudly advertising a complement of technical services represented by peeling graphics of obsolete technology; a floppy disk CRT computer, a fax machine, a reel to reel player, and, of most interest to me, 35mm cameras. 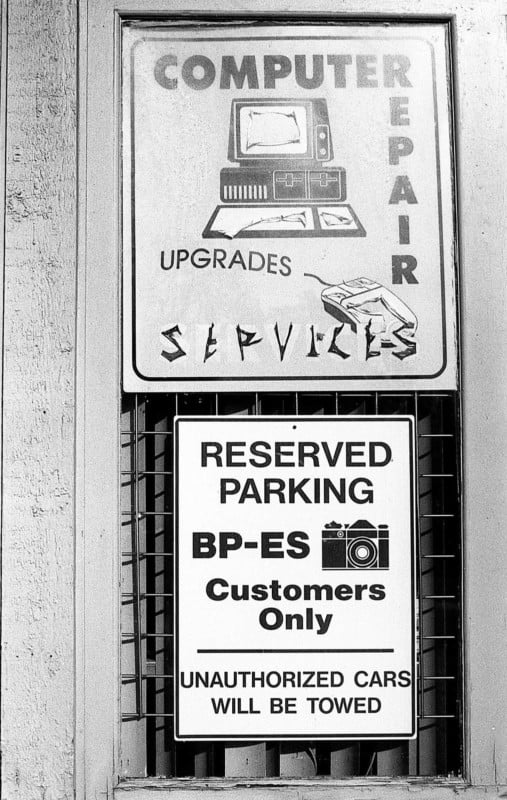 BP-ES is not far from the old Bradley Images studio where I got my first photography job. Photo labs like Cooper’s Camera Mart that printed my early exhibition images and The Shutterbug where I bought my first twin-lens reflex long ago disbanded, their properties swallowed up by larger businesses.

Being here in Pikesville again reminded me of an entire photographic ecosystem — picking up equipment, driving to synagogues and hotels for shoots, dropping off the film, and picking it up once I got the call that processing was done. Reviewing negatives on light tables and sharing prints face to face with clients. Taking handwritten checks, driving to the bank for deposits. Stopping for food at Lenny’s Deli or Fields diner. I’ve parked every car that I’ve ever owned in these spots — with another photographer, a curious girlfriend, then wife, and then kids. 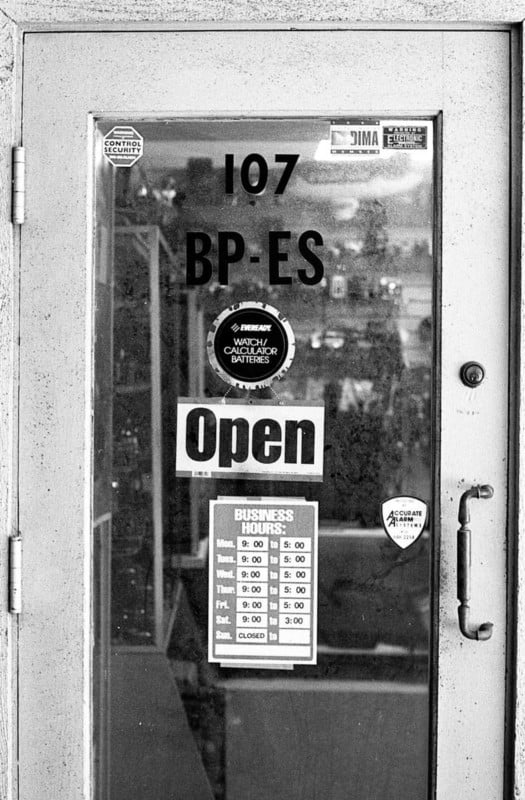 I had returned to my old stomping grounds because two of my manual focus, 1980’s Nikon lenses had developed tight aperture rings during the last several shoots. As I pulled the door open and heard that familiar electronic chime, I wondered how my 20-year-old self would react to my 40-year-old self coming in here wearing a surgical mask to protect from a pandemic.

I learned about BP-ES when, as the new guy at the studio, I was tasked with dropping off 1960’s Hasselblads that got thrashed within inches of their lives documenting local weddings and mitzvahs each weekend. My coworkers referred to the proprietor only as “The Russian.”

Seldom have I entered the shop when it wasn’t abuzz with discussions, negotiations. But today, BP-ES was quiet and empty when the stocky gentleman emerged from the repair room. He put on his mask and greeted me warmly in his thick accent. I plopped my Nikon 105mm 1.8 and 35mm 1.4 on the front counter for his inspection. As we talked, I looked around the shop to see what cool cameras were for sale. There is this glass display case where the best stuff is always kept. 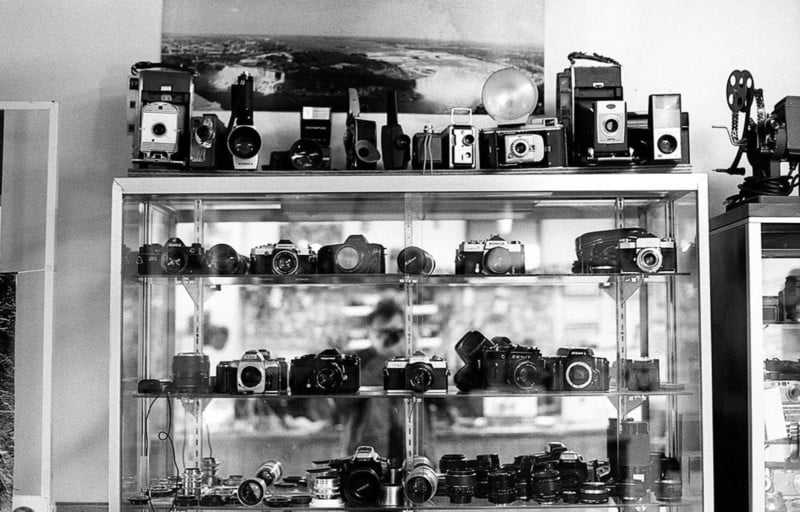 Back in college, I told my friend Joe about BP-ES when he was looking to buy his first rangefinder. The Russian offered Joe a Canonet for $60 and Joe tried to haggle for $40.

The Russian promptly took the Canonet from Joe’s hands and put it back inside that glass display cabinet. But that’s when we then noticed a Leica M3.

There was no way that he would allow some broke college kids to handle the Leica, leaving us to stare at the coveted rangefinder in awe from the other side of the glass. We gawked, poised to receive whatever enlightenment that being in the presence of such an instrument might offer. The Russian leaned in over our shoulders like Robin Williams in Dead Poets Society. Concisely he stated, “This is camera for life.”

Joe ended up buying a new Voigtlander Bessa R2 and at some point, I learned that “The Russian” actually goes by Lev.

It would be another 15 years until I could actually afford to buy a Leica from BP-ES. And I now use it daily. I remember Lev gave my daughter a lollipop and told her, “Your dad is the only one who still uses these old cameras.” I don’t think that’s entirely true but she laughed, probably because she often thinks the same thing. 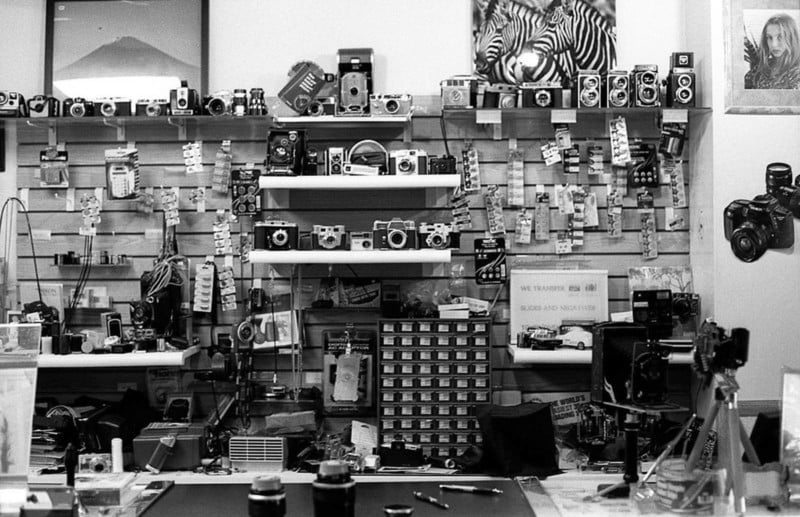 The issue with my Nikkor 105mm 1.8 and 35mm 1.4 seemed somewhat subjective, I feared Lev wouldn’t see what I was talking about. My concerns quickly evaporated as he winced in acknowledgment of the problem.

I mention this because when he doesn’t see an issue, Lev will be honest and tell you there’s nothing to repair.

Recently, Tim, a buddy of mine, brought Lev a Leica R4 whose shutter he suspected was not accurate. Lev showed Tim that the camera was within spec according to a shutter tester and didn’t even charge him for inspecting it. 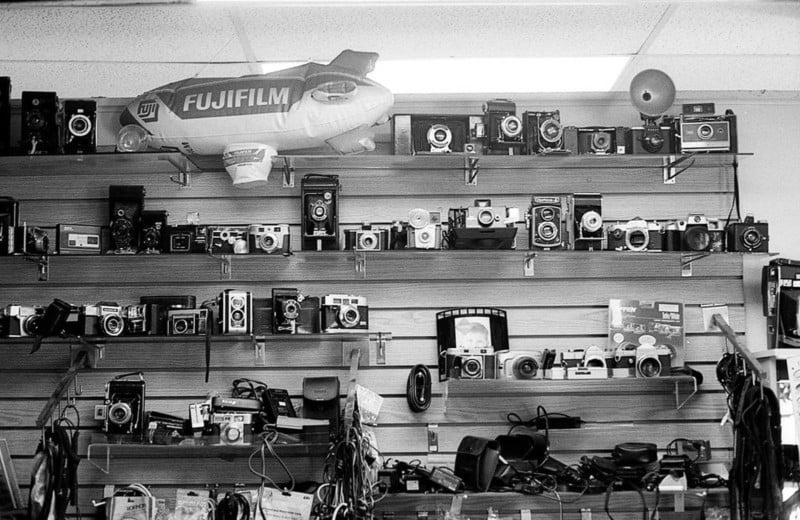 Lev works on modern cameras too. My wife’s Nikon D600 had an expected life of 150k shutter cycles but Lev kept it going through 275k, long after the paint had worn down to the magnesium alloy and it moved from her primary to her backup body.

It’s hard to add up all the shows, publications, and jobs I’ve done using cameras and lenses that Lev has repaired for me. I bought a Nikon FM here that I later photographed Sonia Shah and Bill Clinton with. There was the FM2n that I used to photograph Matt and Kim and countless photos of my kids, the Retina IIIc that covered Bob Giraldi production stills, several Pentax K1000s, numerous lenses, and my wife’s Nikon DSLRs from the D90 to the D600 — all serviced here. Sometimes I give Lev copies of magazines that our photos are in. I don’t know what he does with the magazines or if he even likes the photos; he doesn’t show much sentimentality. But I like him to see that he has an impact.

Lev updated my contact information and typed the lens serial numbers into his ancient yellowing Commadore computer while I eyed up a black Nikkormat FTn in that same glass cabinet that the Leica was inside years ago. I picked through a pile of little hoods, filters, and caps on a shelf while the old dot matrix printer creaked and buzzed in the background. I signed the print-out and Lev ripped off the carbon copy for my records. 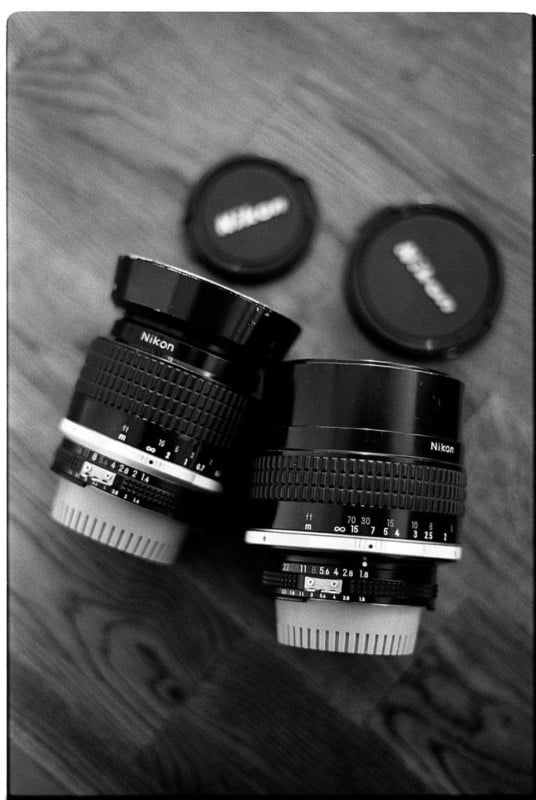 A week later I returned to BP-ES to find my old Nikon lenses working beautifully. Clicking through the smooth aperture settings reminded me why I love the haptics of the old manual lenses. It looks like he cleaned the interior glass also. The 35 in particular is now perfectly spotless. As Lev was running my credit card, I remembered an old chrome 32mm Voigtländer lens hood that I noticed on the shelf last week. Nothing has prices on it so I readied myself for a possible negotiation and placed the hood on the counter. Lev eyed it up for a moment and said, “For you, this is gift.” Maybe he was sentimental after all? Or maybe he’d already run my card and didn’t feel like paying another service fee. Either way, I am grateful. 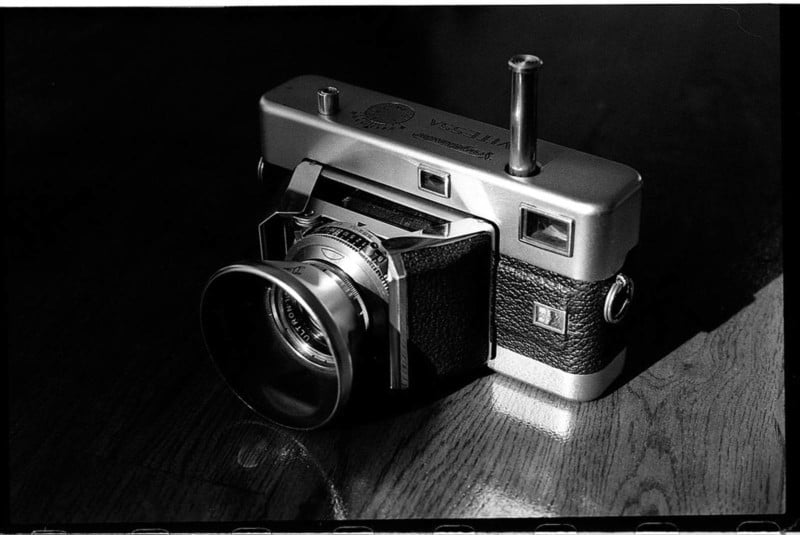 Along with mechanical cameras themselves, little repair shops like BP-ES are disappearing all the time. A number of similar shops I’ve dealt with previously just aren’t around anymore. The owners, with their forgotten knowledge, experience, and skills retire when they can no longer continue or the work simply becomes unprofitable.

Some people might not care much about what’s happening at 1726 Reisterstown Rd. Most folks seem to use modern cameras for a few years and then replace them, more or less for vanity. There’s no need for, or pride in, maintaining them because they are built and treated as disposable, transient objects.

For me, and probably for many of Lev’s customers, being able to keep using equipment that we’ve been using for decades, that has our own little victory images psychically imprinted in them is not just an exercise in stubbornness and nostalgia (though that is surely part of it!) These cameras are important components of our personal history and our art. Perhaps even our belief systems.

I mean look, what is a camera if not a memory machine? A camera doesn’t just take images of memories but also by being in hand, carried through one’s life and experiences, being ready whenever it is called upon, the camera itself is a key part of a continuing story. An old camera is a recurring character in the story of our lives, past, present and even, future.

I took the photos for this article with a Nikon FM2n that Lev quickly repaired for me when it failed just days before a close friend’s wedding and a 50mm 1.8 that Lev sold me in 2003. 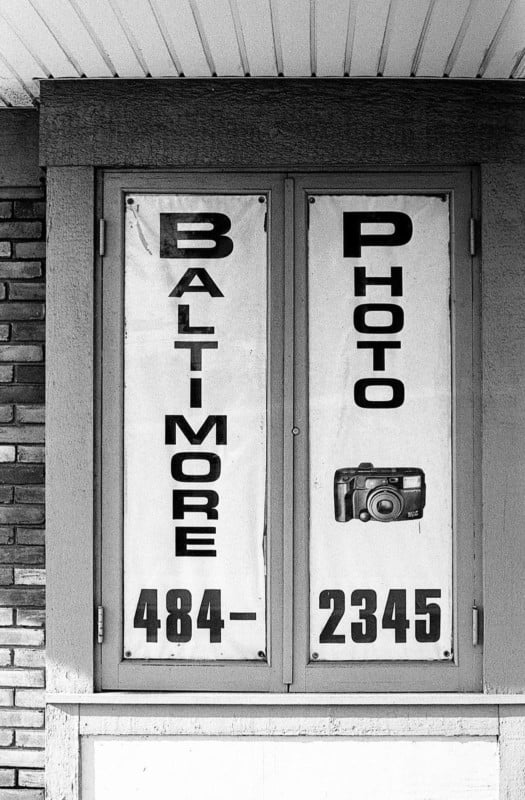 About the author: Johnny Martyr is an East Coast film photographer. The opinions expressed in this article are solely those of the author. After an adventurous 20 year photographic journey, he now shoots exclusively on B&W 35mm film that he painstakingly hand-processes and digitizes. Choosing to work with only a select few clients per annum, Martyr’s uncommonly personalized process ensures unsurpassed quality as well as stylish, natural & timeless imagery that will endure for decades. You can find more of his work on his website, Flickr, Facebook, and Instagram.