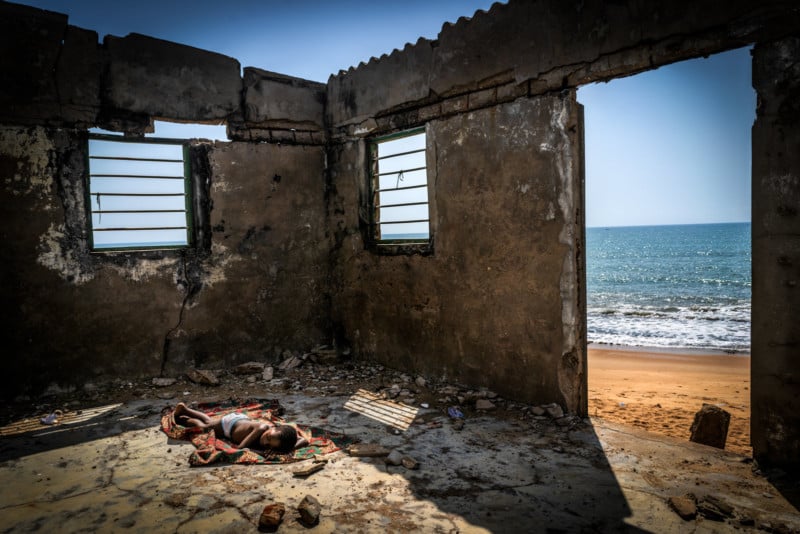 The Environmental Photographer of the Year (EPOTY) has announced the winners of its 14th annual competition, which highlights thought-provoking images that call attention to sustainability and human impact on the planet.

This year, the annual competition’s winners were announced by the environmental and water management charity CIWEM, free streaming platform WaterBear, Nikon, and engineering consultancy firm ARUP at the 26th Conference of the Parties in Glasgow, Scotland.

The overall winner and recipient of the Environmental Photographer of the Year title receives a £10,000 ($13,580) cash prize, an award certificate, and features across different platforms and publications. 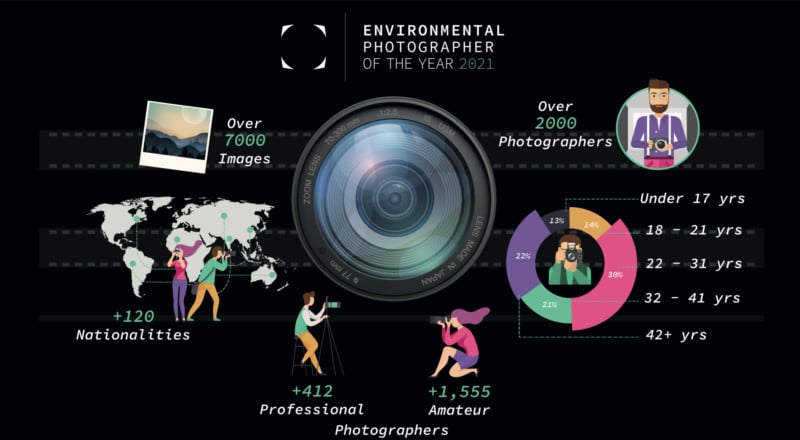 The People’s Choice award allows the audience to vote on social media and choose their top pick with votes closing on December 1, 2021. The winner will also join the 2021 jury winners and be featured in the exhibition that showcases the finalists.

The contest received almost 7,000 entries from professional and amateur photographers in over 119 countries. The judging panel consisted of high-profile experts in the field of photography, climate justice, and environmental activism.

The Environmental Photographer of the Year

The top prize was awarded to Spanish photographer Antonio Aragón Renuncio for his photo, titled “The rising tide sons.” The image depicts a child sleeping inside his house which was destroyed by coastal erosion on Afiadenyigba beach in Ghana.

The winning image shines a spotlight on the rising sea levels in West-African countries, which was forced thousands of people to leave their homes.

The Young Environmental Photographer of the Year

Amaan Ali from India was crowned with this year’s The Young Environmental Photographer of the Year title. His work, titled “Inferno,” shows a boy fighting surface fires in a forest near his home in New Delhi, India.

According to locals, forest fires caused by human activity in the area are a common occurrence due to adverse living conditions.

The photo “Survive for alive” by Ashraful Islam received the award in this category. He captured flocks of sheep searching for grass amongst the dry, cracked soil. Extreme droughts in Bangladesh have created hardships for all living beings.

Environments of the Future

Michele Lapini shot the winning photo, simply titled “Flood.” It depicts a house submerged by the flooding of the River Panaro in the Po Valley, Northern Italy, due to heavy rainfall and melting snow.

“The Last Breath” by Kevin Ochieng Onyango shows a boy taking in air from the plant next to him, with a sand storm brewing in the background. The photograph is said to show an impression of the changes to come.

Sandipani Chattopadhyay’s winning image, titled “Green barrier,” shows the algal bloom on the Damodar river, India, caused by irregular monsoon seasons and droughts. Algal bloom prevent light from penetrating the surface and prevent oxygen absorption by the organism beneath, which has a subsequent impact on human health and habitats in the area.

The full gallery of all winners and runners-up can be viewed on the EPOTY website.

Image credits: All photos individually credited and provided courtesy of the Environmental Photographer of the Year competition.