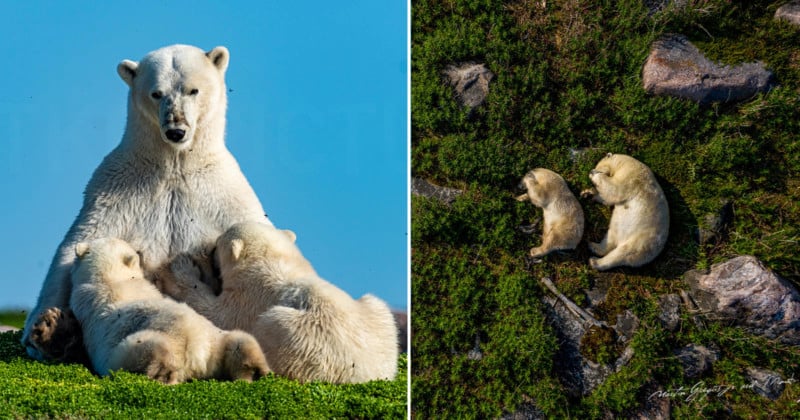 Photographer Martin Gregus spent 33 days in the northern reaches of Canada and combined his drone photography and cinematography expertise to capture intimate and undisturbed moments of polar bears.


Gregus’s work has been recognized in contests across the world, dating as far back as 2008 when, at the age of 11, he entered the Natural History Museum’s “Wildlife Photographer of the Year” competition and won a special commendation. 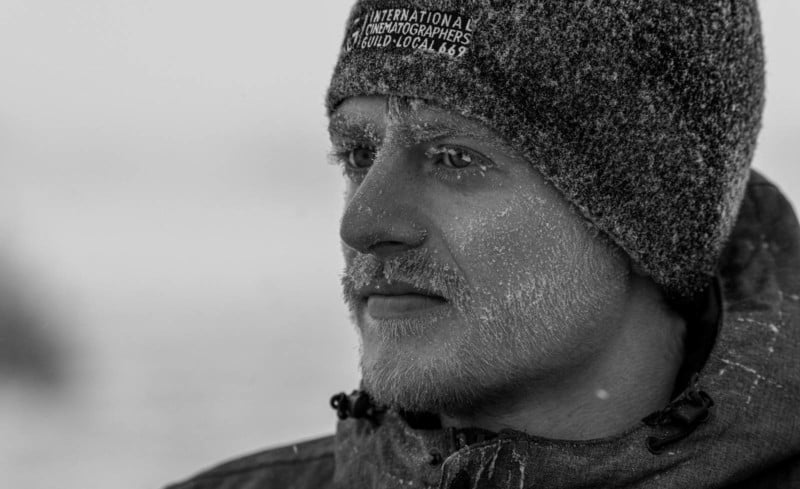 His passion for documenting stories and wildlife culminated with a two-part expedition — first in 2020 during summer lockdown and later in 2021 — where Gregus spent 33 days in Churchill, Canada, observing and documenting the summer lives of polar bears through his lens.

“It really is extraordinary that these wild animals can show such compassion and resilience while their natural world disintegrates right under their feet,” he tells PetaPixel. 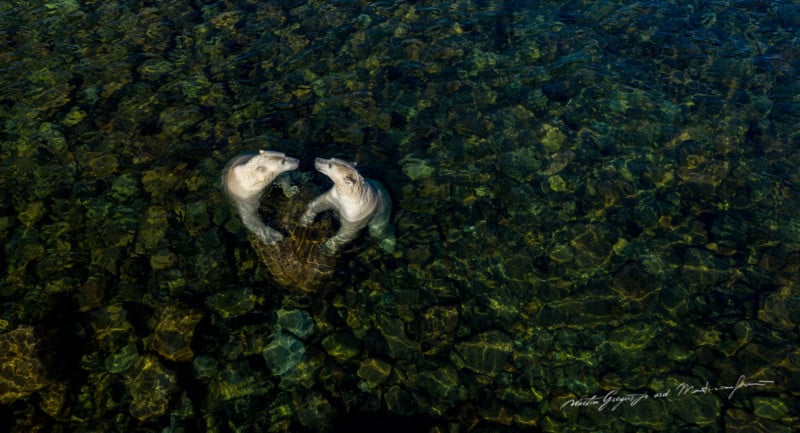 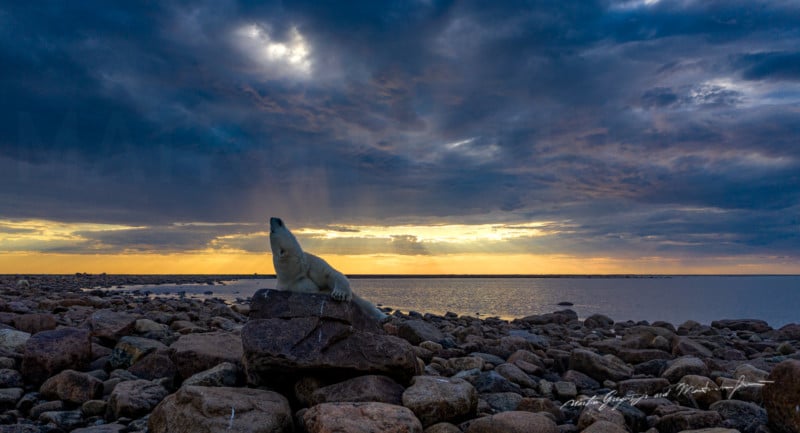 Gregus had flown drones for over eight years, but it wasn’t until early 2015 when he and his father, who is also a drone pilot, started to implement drones in wildlife cinematography and photography. Gregus says that flying drones around wild animals is a different and more challenging experience compared to working for Hollywood-based productions. 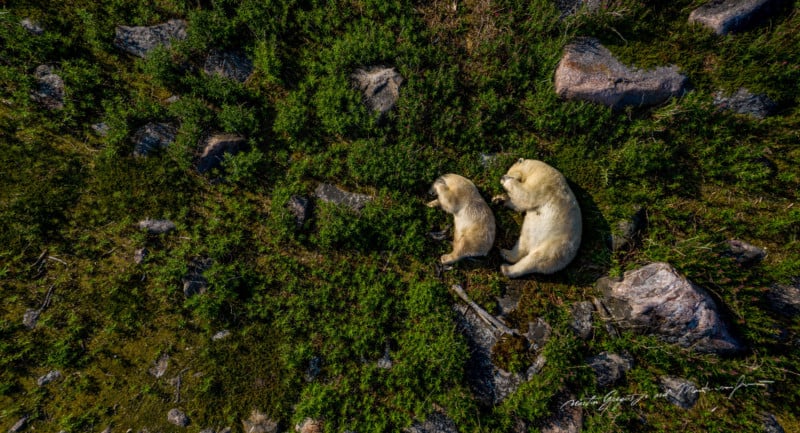 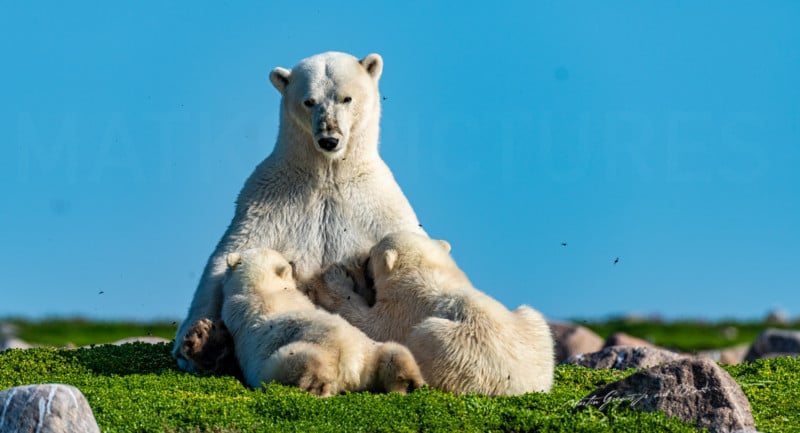 “Unlike people, they don’t have a script so you have to foresee what they will do in the immediate future and as such it has been a very long and hard process getting to where we are today,” says Gregus.

“While I don’t go anywhere without my drone and often fly it around even the most elusive animals, what people don’t see is that the techniques we use are years in the making and when used correctly they give us an amazing tool for wildlife conservation.” 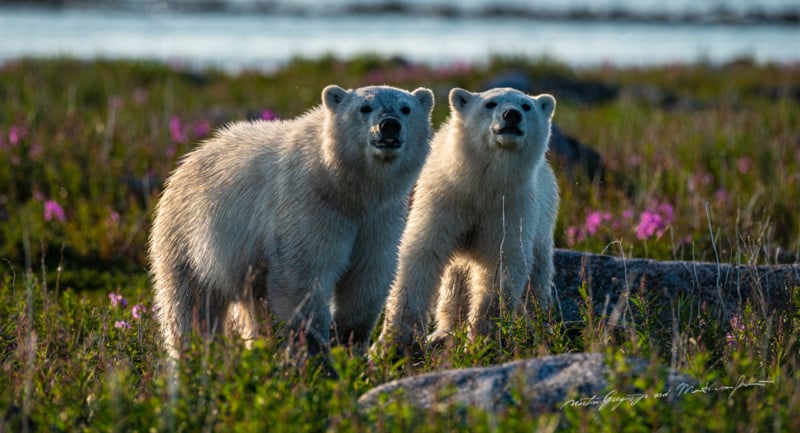 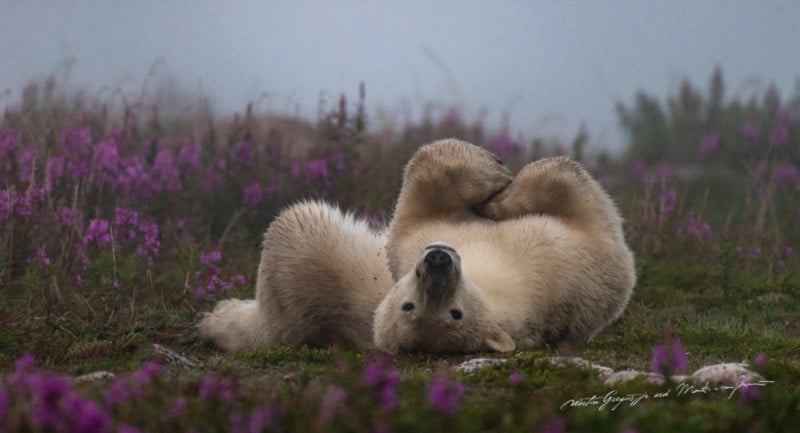 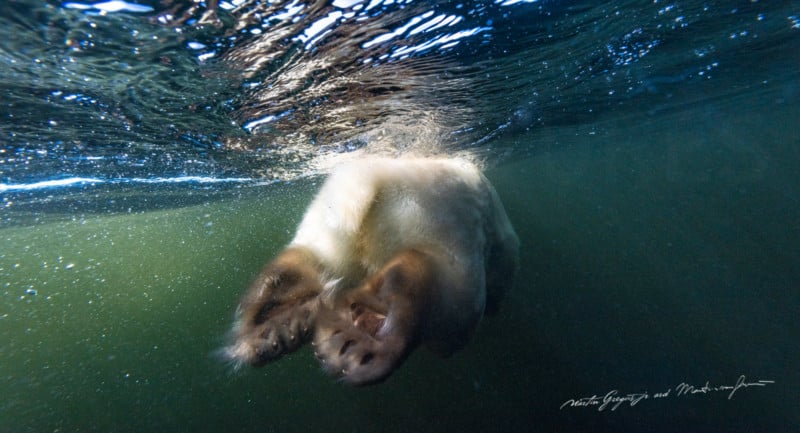 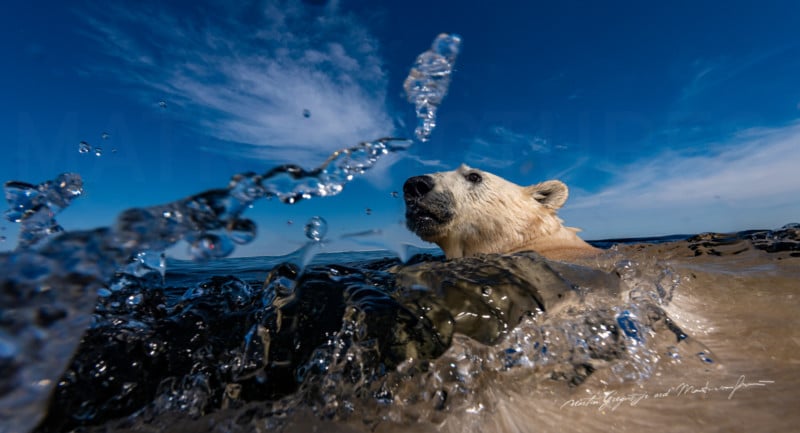 Gregus recalls the experience of seeing and living with polar bears nearby as extraordinary. The first few days can be overwhelming because it’s easy to lose yourself in snapping everything around you, he says, but once he settled in, he was able to focus just on capturing specific moments and utilizing all the tools available to get up close with the bears. 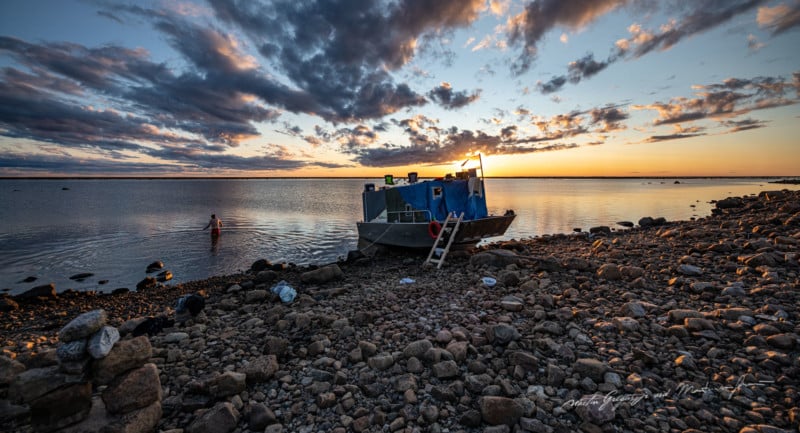 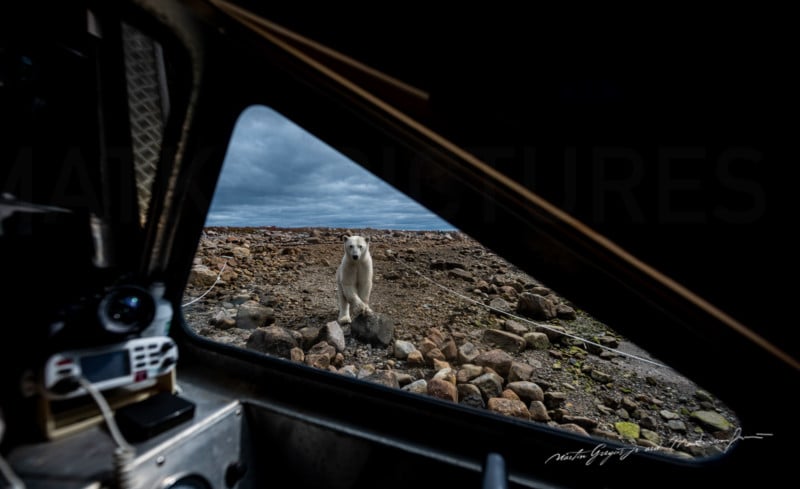 “Once that happened, I often stopped myself and just sat with the polar bears while they slept. Sure, I could go to the camp and sleep or just relax, but I could do that at home. Instead, I often chose to just sit with the bears and relax — sometimes 3 hours later they would wake up and treat me to some polar bear yoga.” 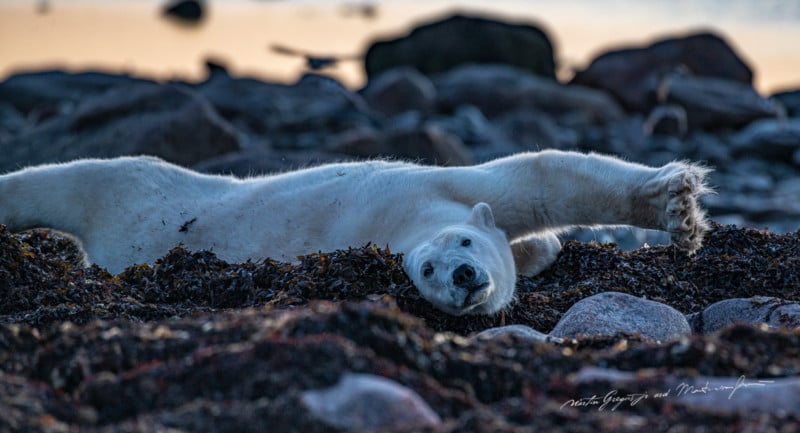 For Gregus, a drone is just a tool that is just as valuable as the camera around his neck. He doesn’t encourage amateurs to fly around wild animals because it is dangerous and any mistake can set back the years of work put into wildlife conservation. 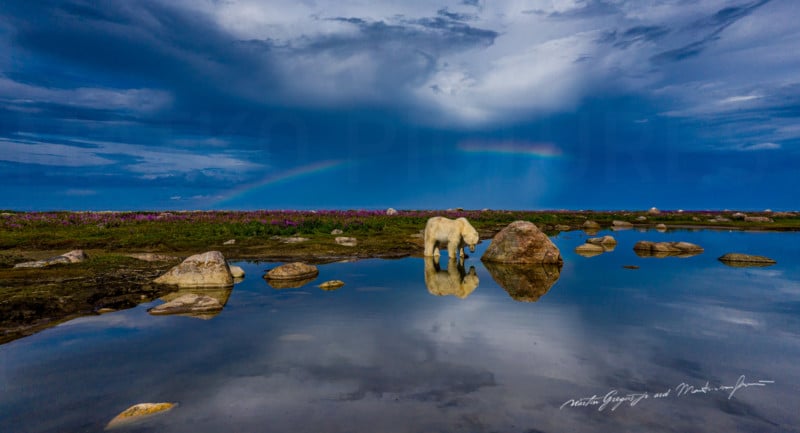 Having said that, if used correctly, drones give the opportunity to be in more than one place at one time and can help get to a location within seconds rather than minutes. For Gregus the latter was of particular importance when he captured the image of a polar bear with a rainbow and without a drone, he wouldn’t stand a chance of shooting that in time.

His work with the polar bears has been showcased in the 2020 showreel for AviaEye, a media company founded by Gregus and his father. The video edit was Highly Commended at this year’s Siena Drone Awards.

Gregus has numerous projects and expeditions in the works, both in Canada and internationally. He is currently working on a book that documents the Islands of the South Pacific, as well as another project focused on the rugged beauty of the Antarctic continent.

“I don’t think my work in the arctic and more specifically the Canadian Arctic will ever end. I owe it to myself and to the communities of the north to share their stories.”

Image credits: All images by Martin Gregus and used with permission.