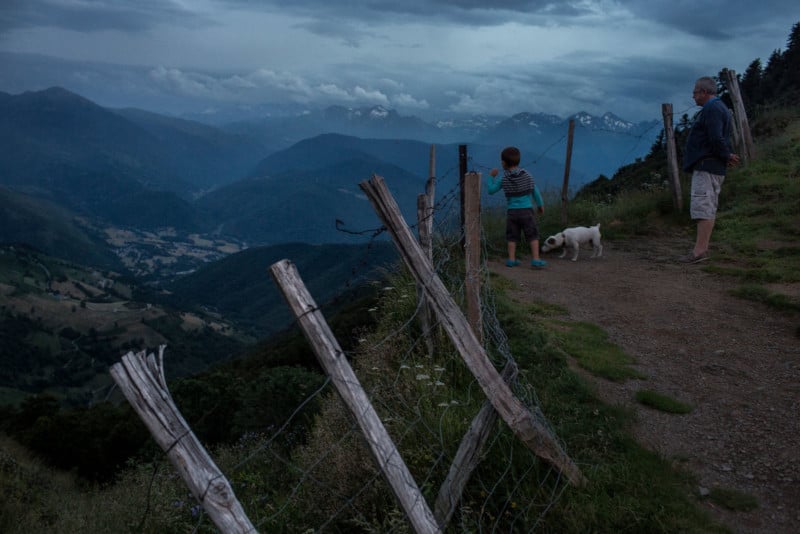 It is rare to have a photographer conjure up the memory of a particular song. However, I immediately thought of Bruce Springsteen’s Darkness on the Edge of Town when I saw New Hampshire photojournalist John Tully’s recent work.


There are three reasons that John’s work sent me to thoughts of Springsteen. First, John has a unique approach to light. In fact, it is his use of darkness, the deliberate absence of light, that helps to reveal the essence of his subject matter. One might call the darkness moody. I think of it as isolating the deeper meaning of the images. 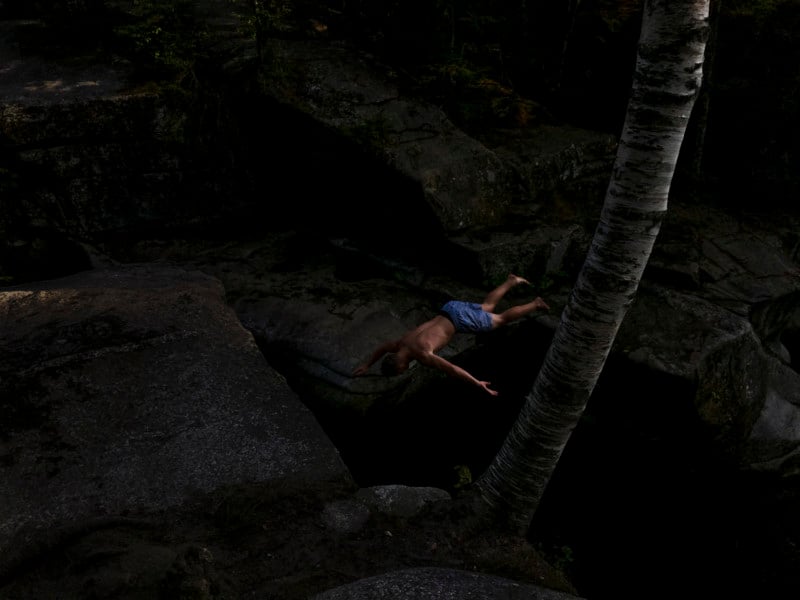 The second reason is that much of John’s photography is about how he works around the edges of a subject. When he photographs the Tour de France race, he is photographing the spectators rather than the expected shots of the riders. This same approach to showing the edges of a subject is often applied to his political work. In this case, his non-traditional approach allows us to experience an un-orchestrated side of the political spectacle of primaries.

Finally, John is very focused on his home state of New Hampshire. As he says, “I would encourage people to photograph what is in front of them and start with what they think they know.” This advice reminds me that Bruce concentrated many of his most famous lyrics on his personal experiences growing up at the New Jersey shore. 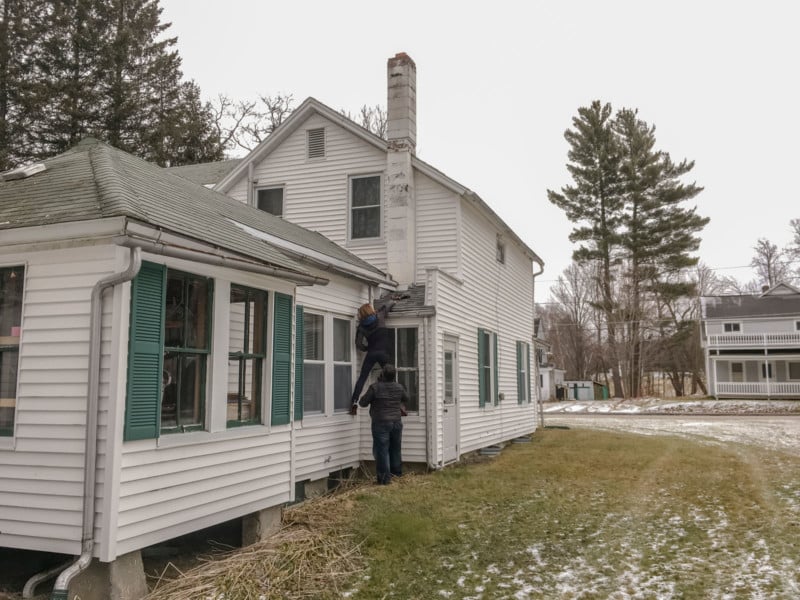 Peter Levitan: Your series NEVERLAND about New Hampshire’s White mountains is, in many cases, about the light. Why have you chosen this approach?

John Tully: Thanks so much for the opportunity to share and talk about this ongoing project in northern New Hampshire. It is one that is deeply personal and as much a love letter to the place and people as it is an exploration of memory, self, and the idea of home.

Photographing is always a privilege and exercise in choice, and I tend to focus more on choice of content rather than technical choice. The use of light is just one tool, one choice, and one aspect of an image but for me it’s never just about the single image or the gear or the technical side of photography. The power is in the idea of photography as a tool for communication through the image we present and what we have to say.

New England and more specifically, the North Country, has a history of cliché visuals and tropes that have been reinforced by repetition and a singular narrative that is inaccurate to the place and people as a whole.

Obviously, photography is about light. How does removing light help you tell a story?

There’s a thought that the absence of light can be a subtle hint at feeling, mood — usually serious, contemplative, depressive, oppressive, thought-inducing, enlightening, traumatic, etc.

Sometimes we have to spend more time with an image that isn’t perfect, and we should. But it’s not so much the removal of light that I’m conscious of and more the presence of light on a scene, how it exists, what it can convey. Especially in the context of work we typically see from the area, which tends to have a wide tonal range and be ‘well’ exposed. 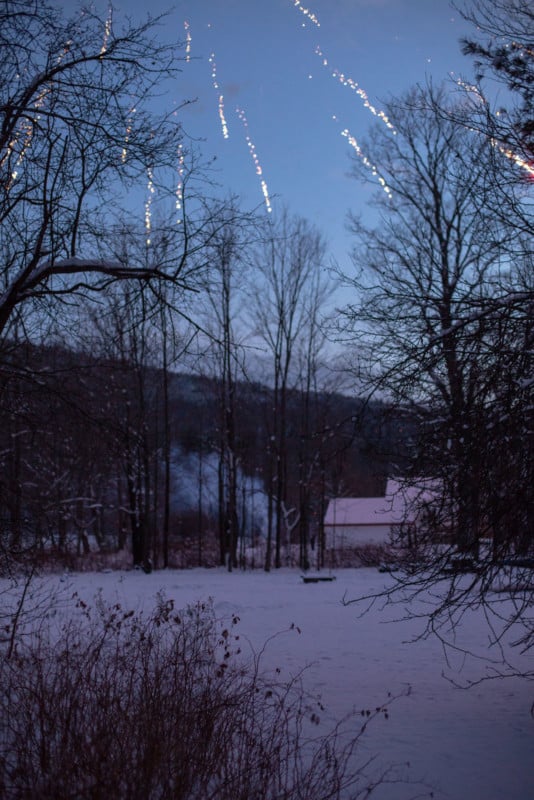 Through its portrayal in the visual arts and media, the White Mountain region has been dominated by perfectly exposed idyllic images of mountains, wildlife, white pioneering, stone walls, foliage, outdoor recreation, etc., and the majority of that work hasn’t come from within the community.

Beginning in the early 1900s to today and the world of Instagram, we’re inundated with a lopsided, public visual record of the region. While researching this ongoing project, it often feels like I’m looking at the longest-running tourism marketing campaign. 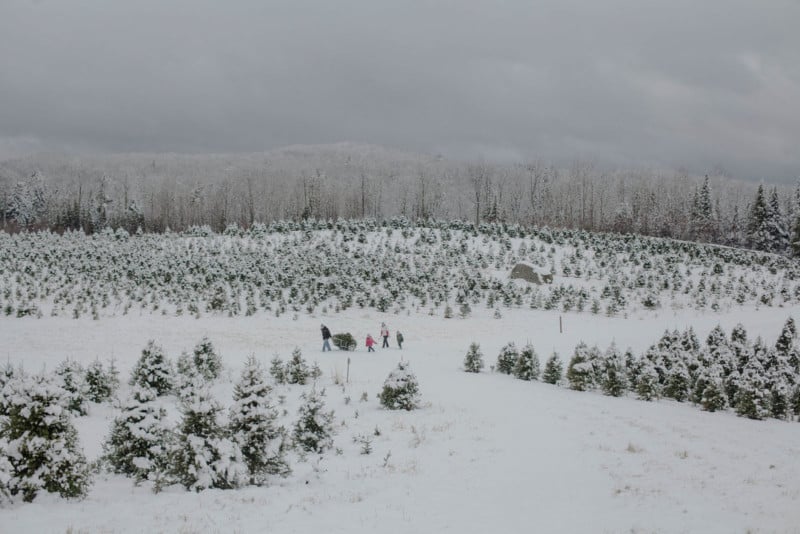 Marion Post Wolcott’s work in the 1940s for the Farm Security Administration is an accurate depiction of a place and time, but while Wolcott’s work around the country spanned economic backgrounds and situations, it never quite moved much beyond the landscapes, some logging, and the recreation while she was in the White Mountains. 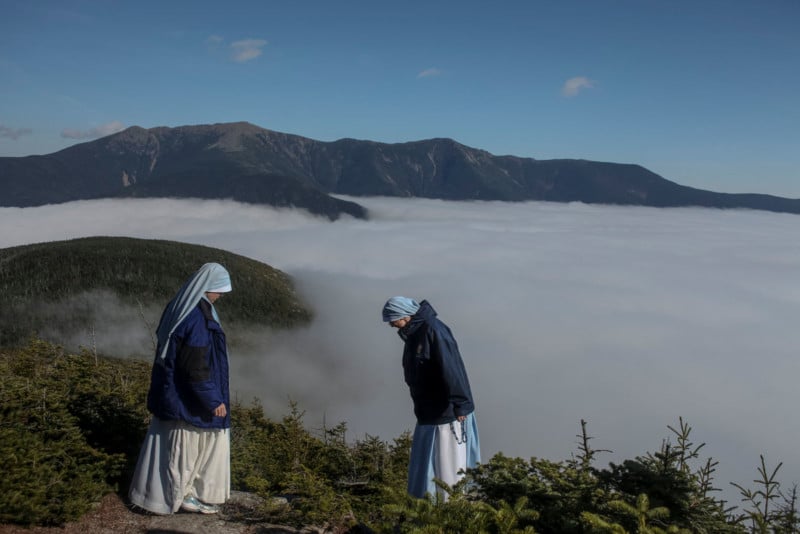 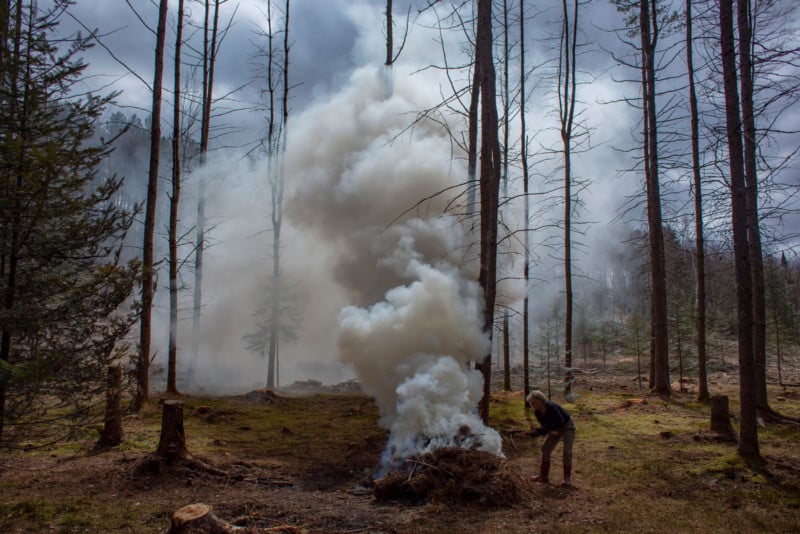 You’ve applied a slightly different, I’ll call it an editing approach, to your Tour de France and political work. How does looking at the peripheries, the sidelines, of a subject help tell these stories?

I just find that life is more interesting in that space, the peripheries. That’s where life exists. I also think it’s maybe my personal act of defiance. In western culture, we tend to idolize people and create this urge for competition that can be profoundly damaging and reaffirming all while creating division and silence. But famous people are boring and not unique.

We’re told from the top down that everyone has the same opportunity, the same chance to make something of themselves and we see that tiny sliver of the success-story pie blown out of proportion with the rich and the famous. Life is never a level playing field. The danger is trying to avoid becoming too cynical. 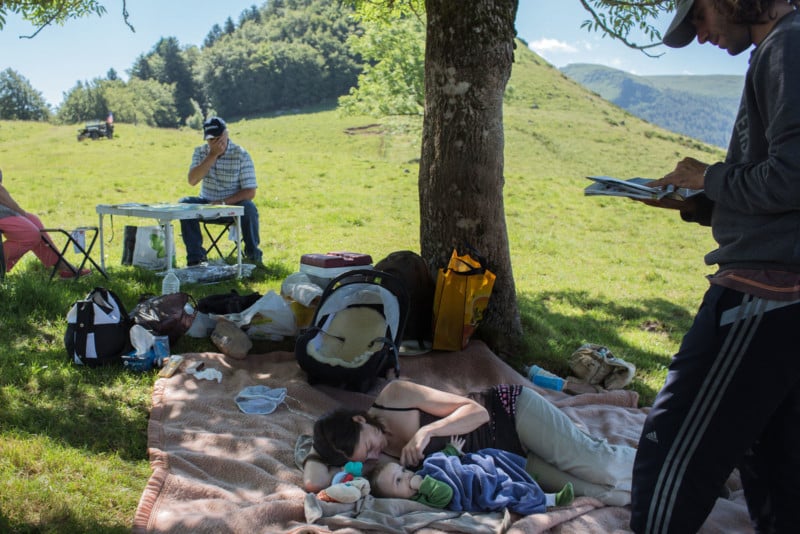 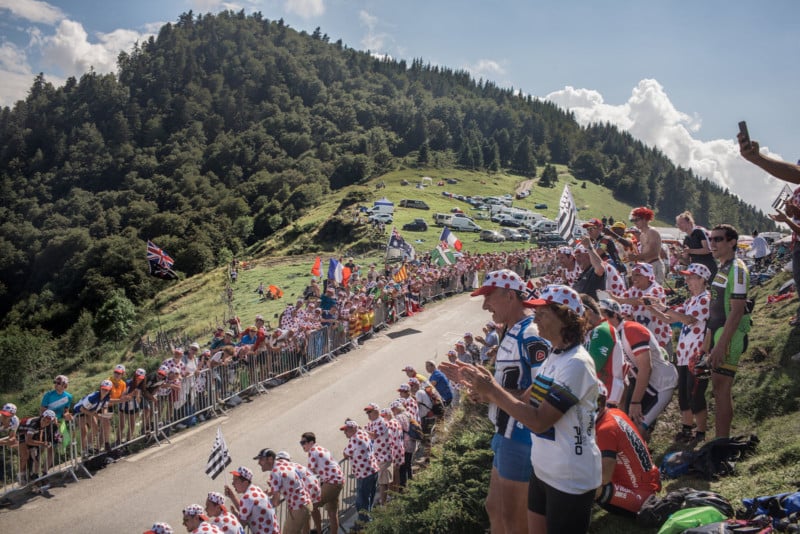 You have photographed the political campaigns of Beto O’Rourke and Rick Perry. Is politics a love of yours or did you ‘back into’ politics as a subject because you live near the New Hampshire roadshow?

I think there is a level of intrigue to be self-aware while in the middle of something historical and finding you got there accidentally. That’s the New Hampshire primary for me. Most of the time I laugh because it’s all the same — kissing babies, bad jokes, access, no access, next event, so on and so forth. There’s a fun challenge in making work in that space. 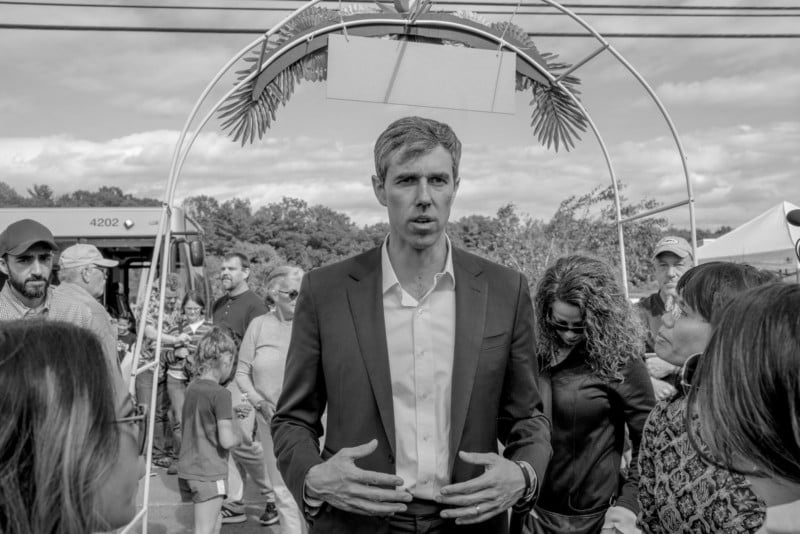 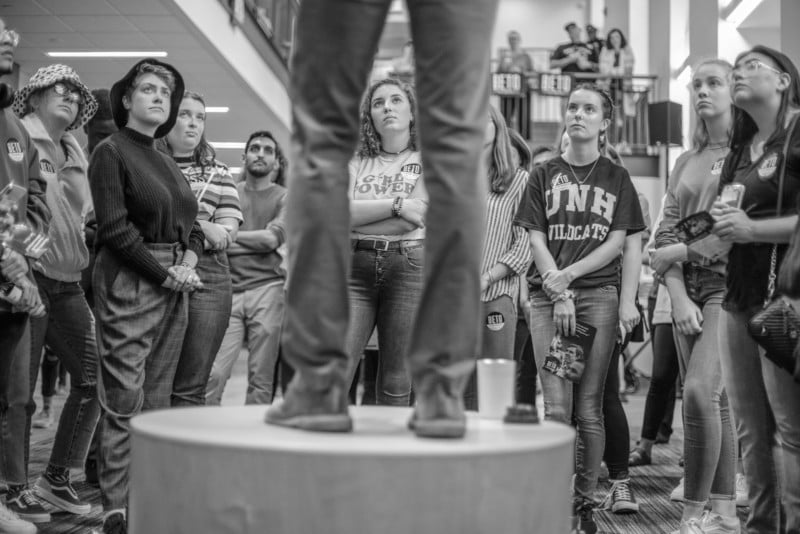 One reality is that there is a level of interaction, even if it’s just optically, that can have real repercussions on both the politicians and the people. That interaction can lead to a person being put in a position of power with the ability to draft, manipulate, influence, and execute policy that affects people.

It’s a surface-level front seat to history and that can be exciting, a privilege, even when it’s deathly boring. 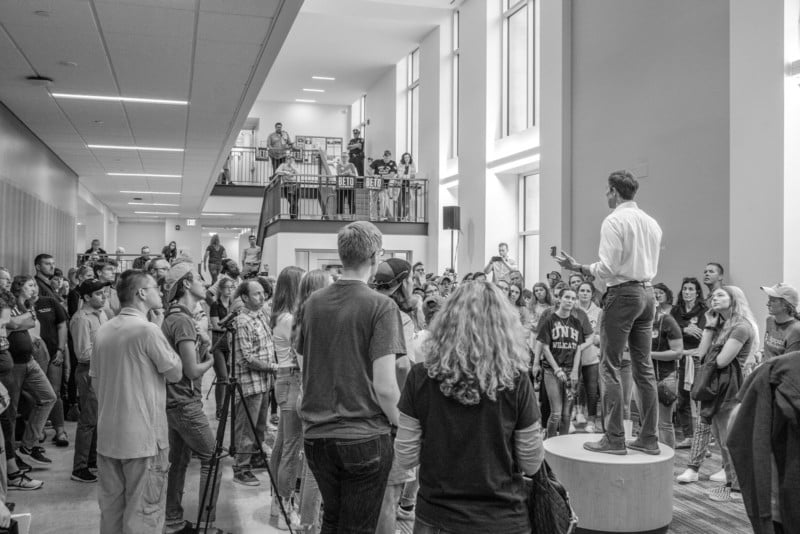 We often see people who want to get into photojournalism think that they need to head to foreign lands or conflict zones to build their portfolios. I sense that you think that your backyard, even the White Mountains, might be just as fruitful. Would you advise a young photographer to start where they live?

There’s a lot to unpack here. As a white man in an industry that has been primarily dominated by white men from western culture, I can tell you I’m not the person to be listening to and can’t speak for anyone but myself.

When I started out in this industry, my plan was to do internships, get a job at a small newspaper and work my way up to a larger newspaper with an ultimate goal of being a foreign correspondent covering conflict. Pre-2008, this was a path I saw and wanted to emulate. I and it was not unique. That specific course did not play out and I am grateful because it came from an ill-informed, privileged point of view I didn’t understand at the time. 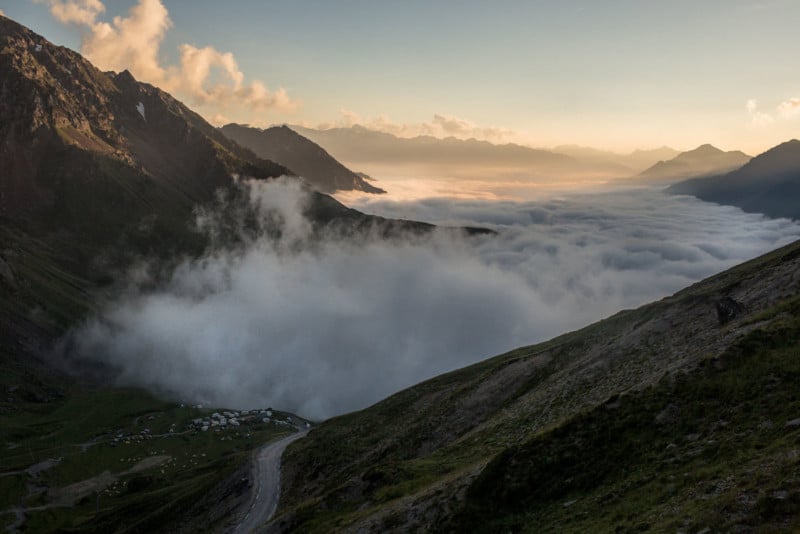 Everyone has their own reasons for their decisions and actions. A lot of photographers start in photography after seeing work from around the world. After all, photography can be a ticket to the world. But we need to be ethical.

We need to be honest with not only ourselves but especially to the people we photograph and the reasons we make the work we do. There’s this ‘white savior complex’ in the industry, especially among new photographers or those in an insular circle of peers. That rhetoric of being a voice to the voiceless, or shedding light where there is none, needs to be retired.

Making something as big as a career off of something as small as a photograph doesn’t just end when the photographer goes home because their actions and that photograph can have very real-world repercussions for the people portrayed in that photograph. And we absolutely cannot hide behind this flawed idea of objectivity.

There are responsible and ethical ways to approach all work and it starts by asking why you’re doing what you’re doing and have some courage to admit when you need to maybe take a seat and listen or help someone else.

I would encourage people to photograph what is in front of them and start with what they think they know.

There’s a lot that can be done right outside our own door. And whether we live in a rural or urban area, each presents its own level of intrigue, challenges, risks, and failures to welcome and work through. 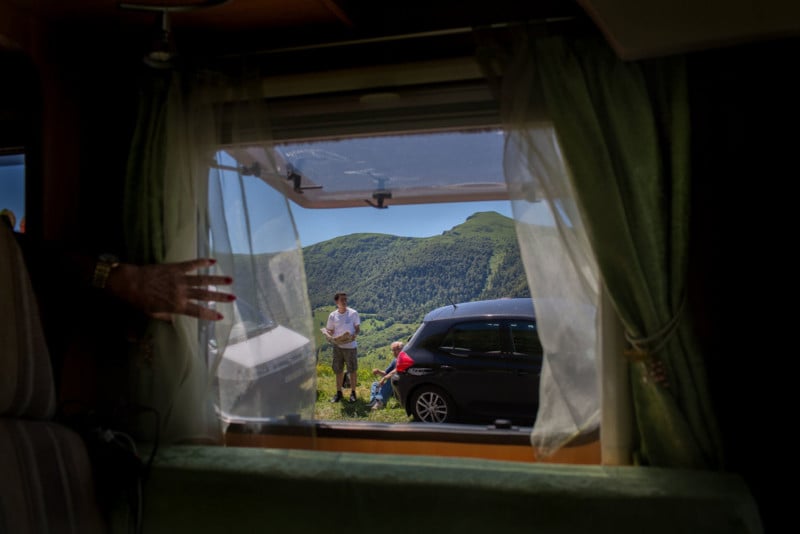 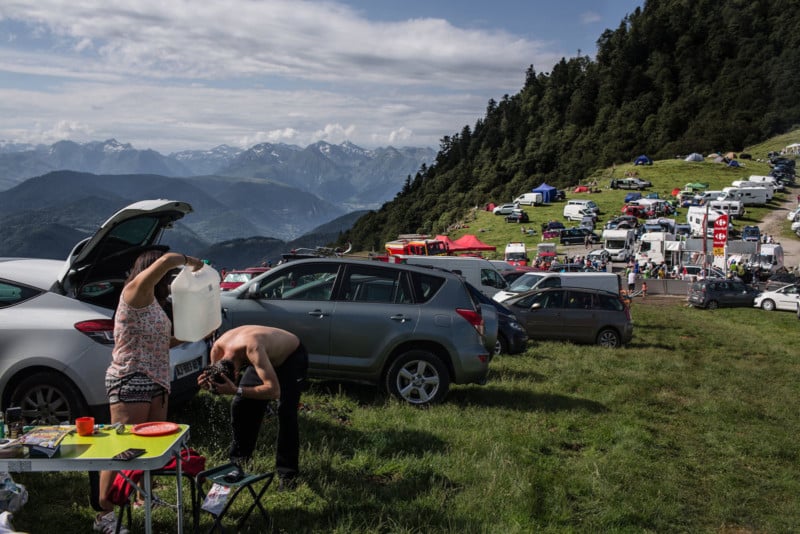 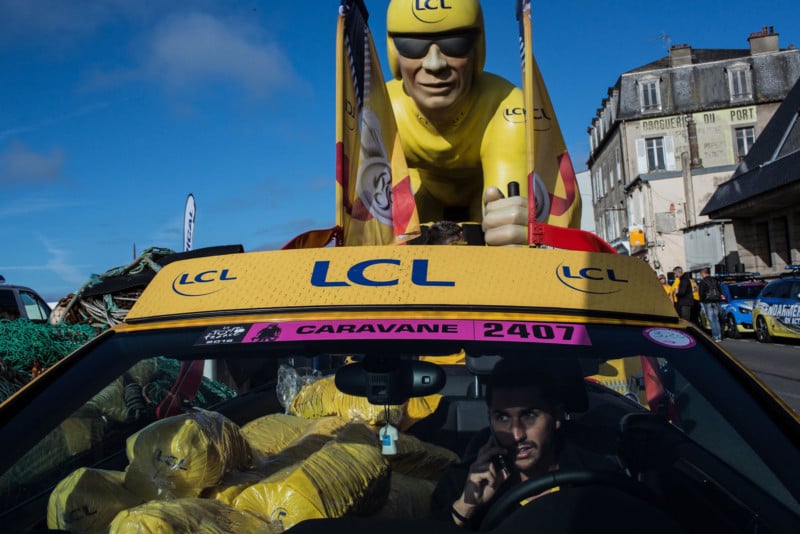 Last question. Do you need a particular piece of equipment set up when you travel? Could you use a mobile phone for your journalism instead of a digital camera system?

The cost of equipment and keeping up with the latest and greatest can be a huge barrier to entry. As a working photographer, it can actually be pretty defeating if you let it, both mentally and financially. So don’t let it.

Some of the best images ever made were done on cameras that today, people are practically giving away. Or a point and shoot. Or a mobile phone. Perhaps given the audience and some previous comments there’ll be some pushback but no, I am of the school of thought that the best camera is the one you have.

You can find John Tully’s work on his website.

About the author: Peter Levitan began life as a professional photographer in San Francisco. He moved into a global advertising and Internet start-up career. Peter photographs people around the world using a portable studio. This is his excuse to travel and meet people.

Image credits: All photographs by John Tully and used with permission